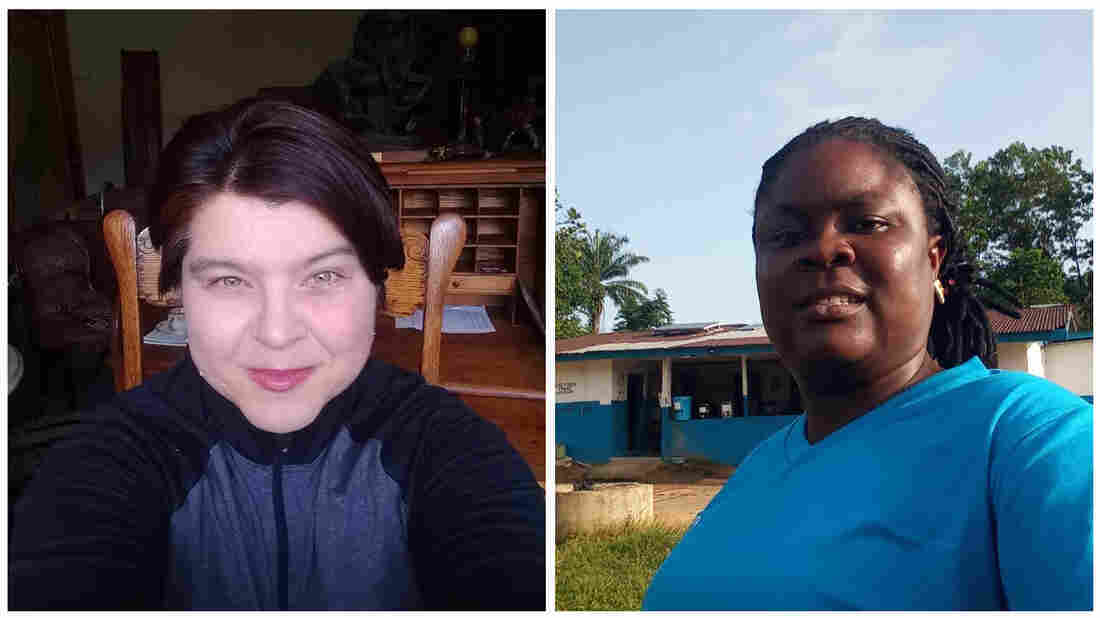 Left: Jana De Brauwere, a contact tracer in California. Right: Rachel Saykpah, a nurse in Liberia who has overseen contact tracers in Africa since 2014. 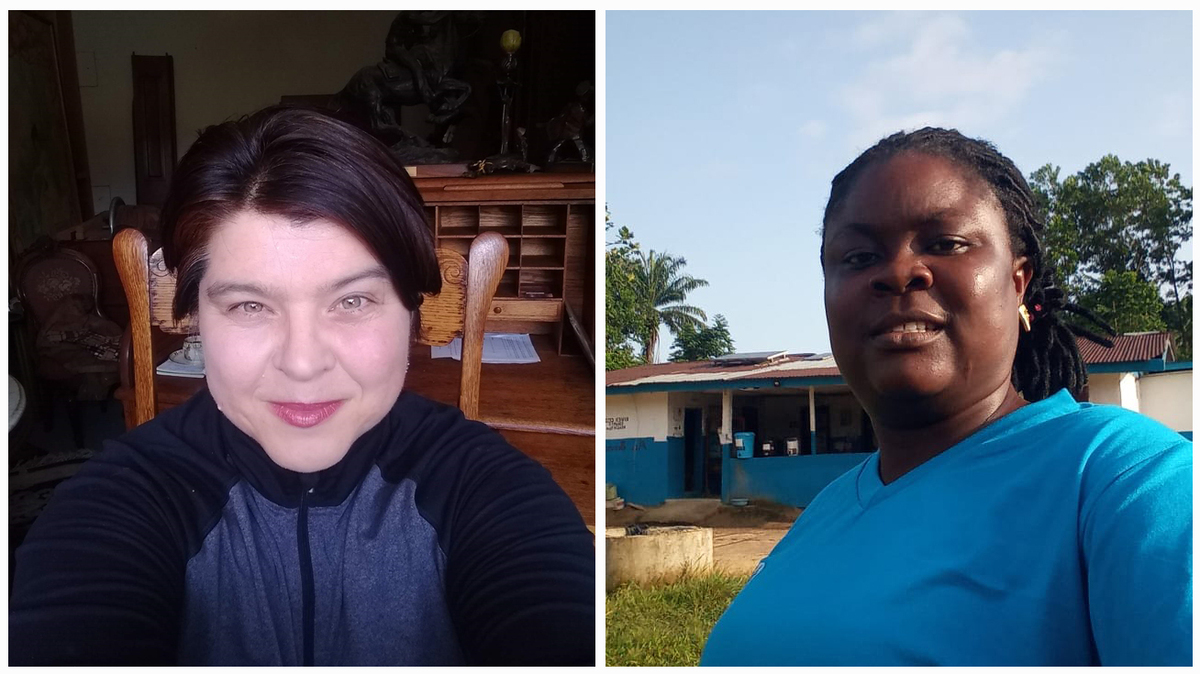 Left: Jana De Brauwere, a contact tracer in California. Right: Rachel Saykpah, a nurse in Liberia who has overseen contact tracers in Africa since 2014.

What advice is there for the army of new contact tracers out to find anyone who has been near a newly diagnosed coronavirus patient?

We asked two contact tracers for their best insights. One is a veteran: registered nurse Rachel Saykpah of Liberia, who after two exposures to patients during the Ebola outbreak was inspired to begin working with the Liberia National Red Cross Society in 2014. She oversaw around 70 tracers and eventually became a quality assurance officer with Last Mile Health, a Liberian nonprofit that deploys health workers in remote areas.

The other contact tracer we spoke to is Jana De Brauwere, who manages the business, science and technology department at the San Francisco Public Library. She’s one of thousands of city workers and volunteers activated in a partnership between the California Department of Public Health and the University of California, San Francisco to stop the virus’s spread through contact tracing and case investigation.

Based on their respective experiences tracing Ebola in Liberia and COVID-19 in California, here are six key takeaways Saykpah and De Brauwere have on contact tracing during a disease outbreak.

1. Be prepared to be judged by the neighbors.

Saykpah can speak not just as a contact tracer but as someone who was “traced” after her contact with patients. In 2013, workers from Liberia’s Ministry of Health would come to her door to take her temperature and monitor her for any signs or symptoms she might develop.

Being outed as someone who potentially contracted the virus or has been in contact with a sick person can contribute to the stigma that arises during an outbreak, says Saykpah. In her case, the workers coming to her door did not wear personal protective equipment, which she presumes could’ve been because of a lack of enough protective gear but also might have been intentional — to de-escalate any stigma since the interview was conducted outside her house in plain sight of neighbors.

2. People may be scared to disclose personal information.

Any time a potential contact is traced, they’re asked to provide demographic information about themselves, including name, address and date of birth. De Brauwere says some people she has spoken with in California express fear that their immigration status may be used against them if they comply with the interview — some even hang up once they’re asked such basic identity questions.

“This just happened to me actually, during my last shift,” she says. A patient who’d received a message from a contact tracer called back and confessed, “I didn’t want to pick up because I thought [U.S. Immigration and Customs Enforcement] was calling me.”

3. Get to know community leaders.

The most efficient way to earn people’s trust? Go straight to the leaders they already believe in.

Saykpah says when she started training contact tracers in Liberia in 2014, they made sure to meet with community representatives who encouraged others to have faith in the contact tracers.

“So then these people go out and talk to [their community members] and say, ‘These are our health workers. They have come to save our lives. If you think you came in contact with this [patient], give your information so they can be able to save you,’ ” she says. “With that process, everyone who was in contact with an identified case was willing to provide all of this information.”

4. Getting feedback from mentors — and experienced health workers — is key.

Although Saykpah is a registered nurse, she says there were no specific requirements or qualifications that volunteers needed to meet to become contact tracers in Liberia.

“We got community volunteers who are government trained doing health education in the community to come on board and do the contact tracing,” she explains. “They began tracing at the county level with health practitioners to guide them.”

Similarly, De Brauwere has no medical background — but she says she received about 20 hours of training from the California Department of Public Health.

“There’s a lot of support for the tracers — a lot of quality control making sure we are sticking to the script, asking the questions correctly and providing the current resources the best we can,” she says.

Not everyone who receives a call from the California tracers speaks English, which means there’s a need for tracers who can conduct interviews in different languages — especially in immigrant communities where many essential workers face higher risks of contracting the virus.

“What I’m finding out on my shifts is that most of the contacts are actually Spanish speakers, so the English speakers would use interpreters for Spanish or other languages,” says De Brauwere, who speaks Spanish.

Although the tracers De Brauwere works with currently have scripts in both languages, she says sometimes the people she calls speak only Vietnamese or Thai and need someone they can understand in order to be thoroughly traced as a contact.

6. Connect with other tracers — they’ve been in your shoes!

New COVID-19 contact tracers might get overwhelmed jumping straight into this work, especially if they don’t have a medical background — but veteran tracers like Saykpah have already successfully used contact tracing to break the chain of transmission before. And they have tons of expertise they’re happy to share. In a time of global crisis, this cross-cultural conversation can go a long way in finding solutions and slowing the virus’s spread.

“Whenever there is some gap in information that you don’t have or you are facing a challenge somewhere, engage with people who have already been involved in this work,” Saykpah says. “Check in with us. We can share knowledge and work together.”

How Do I Get My Kid to Stay Seated During Mealtimes?

Should I Intervene in My Adult Son’s Relationship?

Homemade face masks, coronavirus and the CDC: All the latest you need to know

How Can Obesity Affect Your COVID-19 Coronavirus Risk? Here Are Some Possibilities