Science and Tech News
Home athletes A Young Athlete’s Breathing Problems Weren’t Asthma. What Were They? 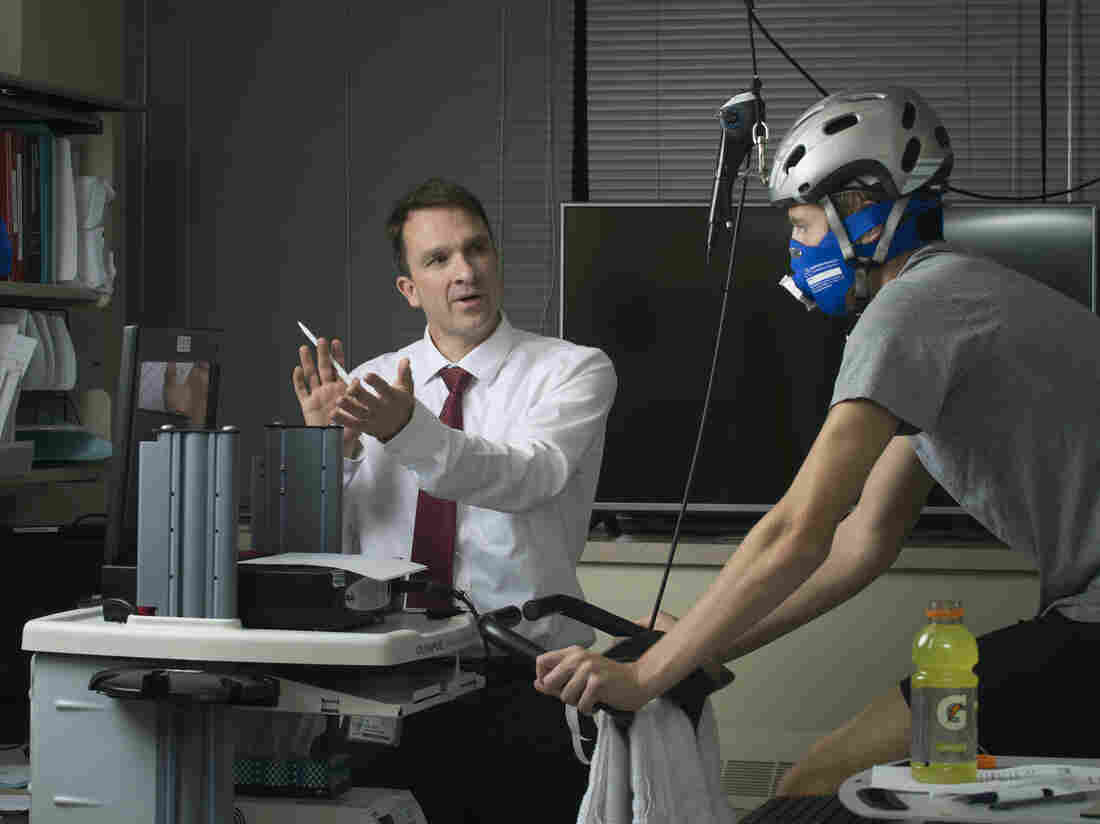 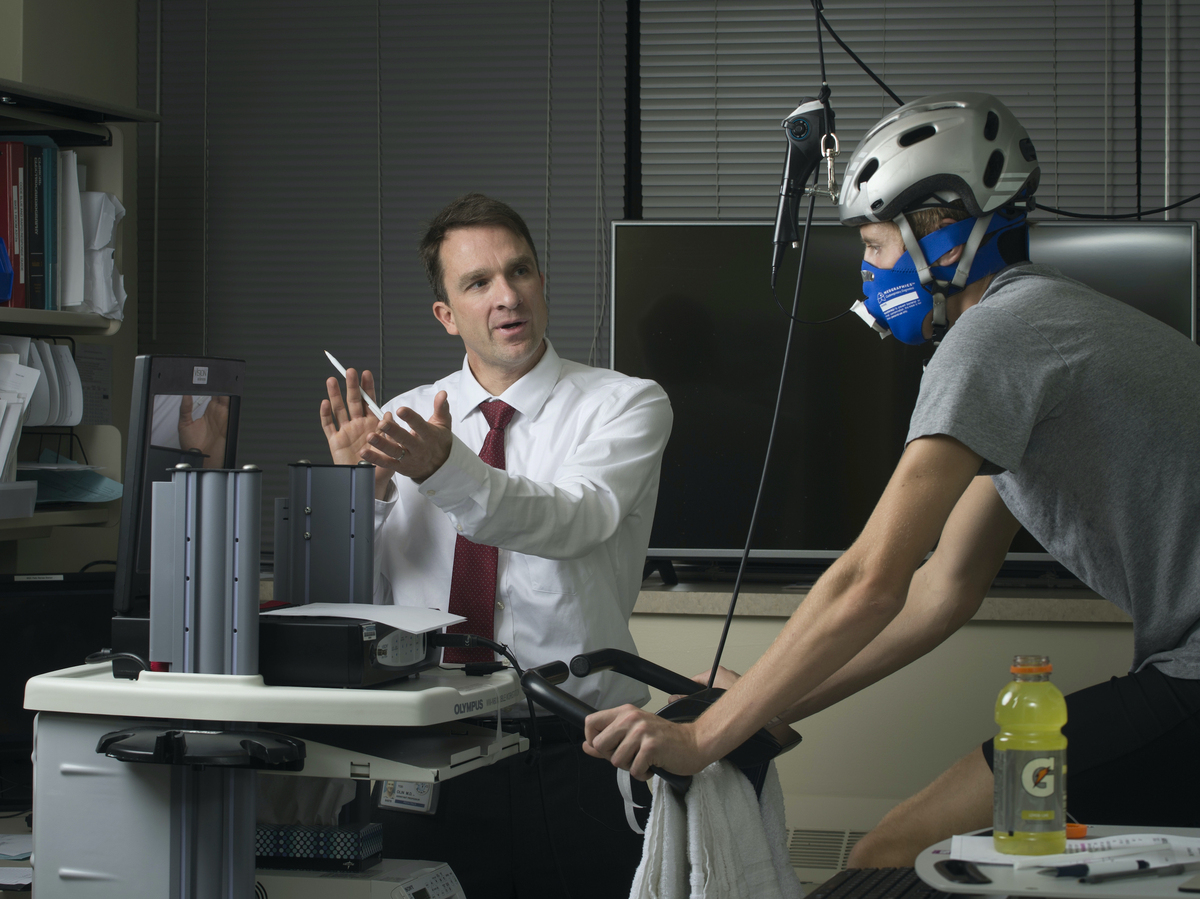 “I gutted it out and cried all the time. One race, I even passed out,” recalls Reese.

Justin Tempest, Reese’s father and junior high cross country coach, and her mother, Cameron Tempest, first blamed the heat and humidity in Virginia and seasonal allergies. Her pediatrician gave her a basic spirometry test, which examines air exhaled, and diagnosed Reese with exercise-induced asthma. But Cameron — who had experienced asthma as a collegiate swimmer — wasn’t convinced. Her daughter’s symptoms were different, and they weren’t improving with inhalers.

So they brought her to the University of Virginia’s hospital for a complete pulmonology and cardiac work-up and a VO2 max test. The result? Reese learned she did have exercise-induced asthma, but she also had a lesser-known condition that affects how much air you inhale. It’s called exercise-induced laryngeal obstruction or EILO.

The condition often strikes young athletes and is frequently misdiagnosed as asthma.

EILO — also known as vocal cord dysfunction or VCD — strikes when the tiny muscles at the top of the larynx malfunction. Normally, these muscles close when you swallow, but otherwise remain open. During exercise, they should open even wider. With EILO, however, they close when a person inhales, resulting in an inability to get air in the lungs effectively. It can feel like you’re inhaling through a straw and suffocating, and this struggle to breathe makes a harsh sawing sound.

While it may look like asthma, the restriction is in the throat not the chest, and there are rarely any changes in oxygen levels. One to five minutes after the exertion stops, so do the symptoms. But it’s a terrifying experience and can prevent sufferers from participating in sports and other activities.

When doctors first recognized the condition in 1842, they described it as “hysteric croup,” an affliction of “hysterical women.” No one really understands why this disease occurs, although it has been observed that anxiety combined with intense exercise can trigger it.

It appears to be most prevalent in adolescent girls (with an average age of 14) but can affect boys and adults as well. It’s not certain how common EILO but research shows its prevalence is around 5% to 7% among adolescents compared to around 8% who have asthma. Young athletes are especially hard-hit.

The condition is often misdiagnosed, and some patients with asthma that doesn’t respond to treatment may have EILO. Pediatric pulmonologist Dr. J. Tod Olin at National Jewish Hospital in Denver, an EILO specialist, says it’s likely that as many as a third of people who believe they have asthma are either incorrectly diagnosed or also suffer from EILO and don’t know it.

EILO doesn’t respond to asthma medication and is commonly treated with speech pathology therapy. After Reese got her diagnosis, she tried speech pathology exercises. But these are designed to be completed while sitting, not running, and she was still having training difficulties.

“It was hard to see her so down on herself when she’s been a self-motivator,” her father says. Reese’s straight-A report cards are also typical for EILO patients, who tend to be high achievers and perfectionists. So both parents searched for a better solution for their daughter and found Olin, who works with athletes starting at the high school level up to professionals training for the Olympics.

In 2014, Olin discovered a breathing technique to help athletes overcome EILO by chance. He was testing a patient for EILO by having her perform increasingly rigorous exercise. During this test, the patient’s vocal cords began closing up. Frustrated, she began crying. At the moment she gasped for air, her vocal cords opened. Bingo! Olin and his team worked to develop a technique to help patients replicate that same action — without crying.

The technique, which he calls the Olin EILOBI breathing technique, involves having patients intentional control their airflow. For example, a patient starts inhaling with high resistance, placing the lower lip against the upper teeth. Then that patient abruptly removes the resistance in the same inhalation to allow unimpeded airflow. The upper airway tends to open up in response, ultimately helping patients breathe comfortably.

While physical practice is key, Olin says mindset also plays a critical role. He strings a tiny camera through an athlete’s nose so he can see the vocal cords in action during exercise tests.

“The images of the upper airway become a window into the brain in some cases,” says Olin, whose team includes psychologists. “Unspoken frustration or harsh self-criticism are some of the emotions that, when corrected, seem to have a positive effect on the visual appearance of the throat.”

Olin often makes what he calls the “squeaky teeth” sound in the athlete’s ear as a reminder that it’s time to add resistance to the breath. He motivates them with messages like, “As you breathe in, feel the energy going down to your legs. Then breathe out the pain.” Another message he gives: “This is only a video game. This isn’t you doing a good job or a bad job. If you have a goof, notice it, learn from it, and move on.”

Reese says that riding the stationary bike in Olin’s office, she was relieved to watch her vocal cords open and close on the screen and realize she had control. Olin’s goal with patients is to teach them how to physically do the technique, psychologically approach the situation, and tactically apply the physical and the psychological while actually exercising.

Olin and his colleagues published a study in Journal of Voice in 2017 that tracked 61 athletes who learned the technique over 18 months. They found that 79% were able to apply the technique during intense exercise and 66% of them found the techniques effective.

Another leading expert in the EILO field, Dr. James Hull, a respiratory physician at the

Royal Brompton Hospital in London uses a similar technique with his patients. “The ability to use a technique to break the speed of airflow as you take the breath in during competition is a huge step forward to impacting the real problem with EILO,” he says. Seventy percent of the patients Hull sees each week have been incorrectly treated solely for asthma but have EILO or a combination of EILO and asthma.

Hull uses what he calls the “Hoover” technique, which is based on the same principles as Olin’s. When you breathe in, you make a “V” sound by blocking the flow of the air with your teeth or lips, and then you breathe out with pursed lips. When you put it all together, it sounds like the word “Hoover.” He finds that clients, even during intense exercise, can remember the word and timing of the actions, which roughly match the timing of breathing.

Unlike Olin, who focuses on physical technique and psychology with his patients, about 10% of Hull’s EILO cases go to surgery. These are usually patients under 20 years old who have tried different techniques and failed to improve. The surgery removes “flaps” above the vocal cords, called supraglottic structures, that are falling into and temporarily blocking the patient’s airflow. The surgery is usually outpatient and is similar to recovering from a tonsillectomy.

Fortunately, Reese — who is now 14 and training for her freshman year cross country season —has her EILO under control. While she still uses her Flovent inhaler daily and Albuterol as needed for asthma, she’s no longer having the breathing issues she had in the past. A year ago, running a mile at a 9-minute pace was difficult to do without having an attack, even on inhalers. Now she’s fine doing a two-mile tempo run in 15 minutes.

Reese attributes her improvement to regularly practicing Olin’s techniques. “Now I think of my surroundings instead of going down the rabbit hole of pain,” she says. “I characterize myself as a girl who used to have a breathing problem.”

Athletes At Tokyo Olympics To Be Tested Daily For Coronavirus, Officials Say

CHEAP: This 1TB Sandisk laptop computer SSD is at its most affordable rate yet

WHO Chief On COVID-19 Pandemic: ‘The Worst Is Yet To Come’

How to Teach Your Kid to Play Chess

Anatomy Of A Robotic Revolution: Tracing The Origins Of Intuitive Surgical And iRobot

Ask Ethan: Will The Cosmic Microwave Background Ever Disappear?