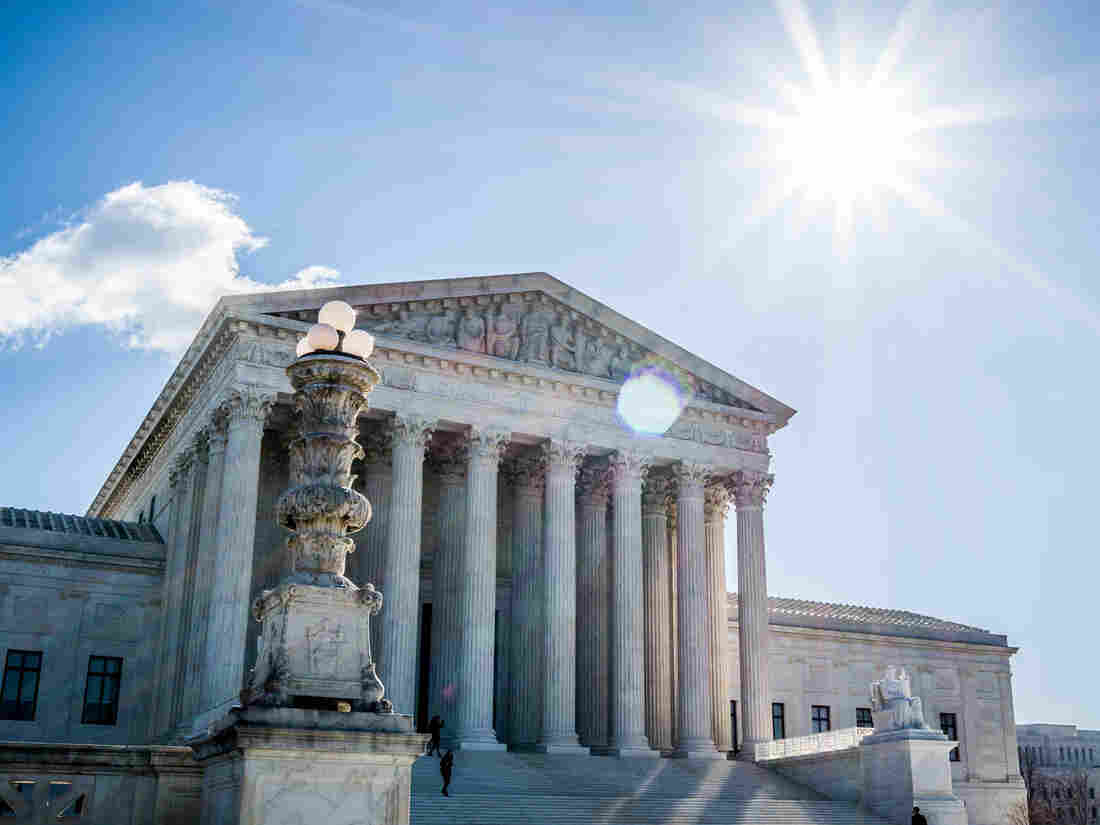 Health insurers say the U.S. government owes them more than $12 billion in payments that were rescinded by a Republican-controlled Congress. The money was supposed to subsidize insurers’ expected losses between 2014 and 2016. 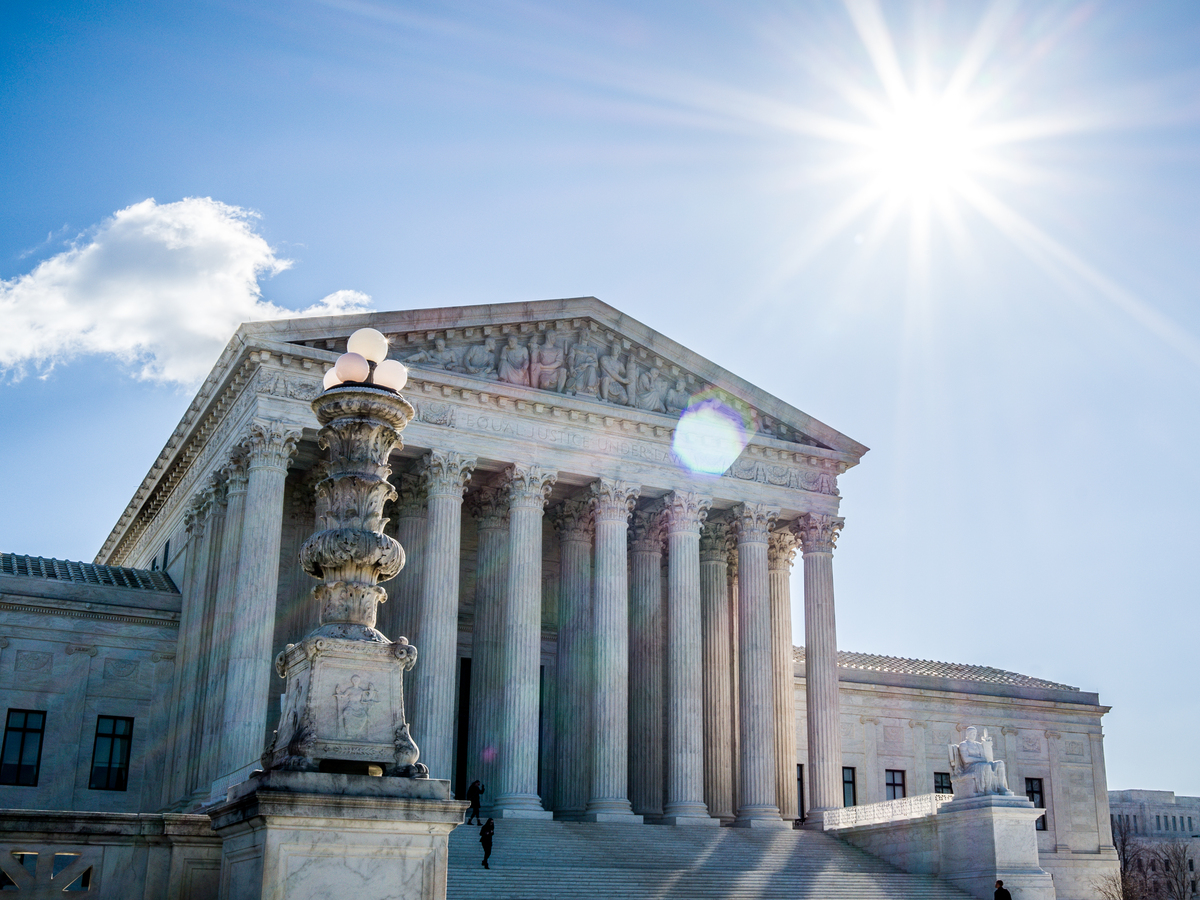 Health insurers say the U.S. government owes them more than $12 billion in payments that were rescinded by a Republican-controlled Congress. The money was supposed to subsidize insurers’ expected losses between 2014 and 2016.

More than $12 billion is at stake for the nation’s health insurers Tuesday when the Supreme Court hears a case involving the Affordable Care Act.

For the federal government, the potential damages could be far greater, as its reputation as a reliable partner to private businesses is on the line.

Unlike earlier Obamacare cases before the high court — where the entire 2010 law and health coverage for millions of Americans was at risk — the latest case has largely flown under consumers’ radar.

The case revolves around a temporary provision in the federal health law — called the “risk-corridor” program — that was designed to help health plans recover some losses in the first three years of ACA marketplaces’ existence.

The Republican-controlled Congress in late 2014 stripped most of the money out of the program in a budget bill signed by President Barack Obama. This occurred a year after insurers began selling policies to millions of Americans with the expectation that the safeguard would back them up.

Republicans led by Sen. Marco Rubio, R-Fla., who were determined to repeal the ACA, called the original provision an insurer “slush fund.” But researchers later found that the loss of the risk-corridor program was largely responsible for soaring premiums in 2016 and 2017 and contributed to several startup insurers going out of business.

Dozens of insurers have cried foul and sued the government. Lower courts were split on whether the government should be forced to make the payments.

Here are five reasons you should pay attention to the case:

1. The integrity of the federal government is at stake.

Health insurers say the government’s decision on the risk-corridor program amounts to a bait-and-switch. The health plans took a chance with the new marketplaces, where they had little knowledge of how sick or expensive new enrollees would be. They said they expected the risk-corridor funding would back them up.

The latest data show the government owes insurers more than $12 billion in payments to cover losses on the insurance exchanges between 2014 and 2016.

“This case warrants comparison to Lucy Van Pelt pulling the football away from Charlie Brown — with our nation’s government cast as the capricious bully,” the Association for Community Affiliated Plans, an industry group representing nonprofit health plans, says in an amicus brief to the Supreme Court. “If the Federal Circuit’s rule stands, then from now on no business can trust a statutory promise of payment from the government.”

The risk-corridor program was one of several ACA safeguards for insurers. The law called for insurers that made large profits to pay some of it back to the government — to share with money-losing plans.

But the money taken in under the program fell billions short of the amount owed to insurers. The Obama administration told insurers that it would make up the difference with funds from the Centers for Medicare & Medicaid Services’ budget. The General Accountability Office, the investigative arm of Congress, supported that decision for 2014.

The Trump administration argues the federal government never had power under the law to make the payments out of the CMS budget. The December 2014 budget deal confirmed that, according to the administration.

The federal government’s top lawyer rejects insurers’ notion that the risk-corridor money was ever guaranteed to them.

Congress did not “lure private parties into expensive undertakings with clear promises, only to renege after private parties have relied to their detriment and incurred actual losses,” Solicitor General Noel Francisco has argued in court briefs.

2. Obamacare consumers may benefit if the court sides with the insurers.

The Supreme Court case combined suits from four insurers: Moda Health Plan of Oregon, Maine Community Health Options, Blue Cross Blue Shield of North Carolina and Land of Lincoln Mutual Health Insurance, a now-defunct health plan from Illinois. But dozens of other insurers also have filed lawsuits. If the court rules in favor of insurers, it could force the federal government to pay them $12 billion.

Experts say that could have a marginal effect on those insurers in setting future premiums. It could also force some plans to make rebate payments to customers based on another ACA provision that plans pay money back to members if they spend more than 20% of their premium dollars on administration, marketing and profits.

Meg Murray, CEO of the Association for Community Affiliated Plans, says the government owes $627 million to about 20 of her organization’s plans. “The money would help them going forward in paying back debts or investing their plans or reducing premiums,” she says.

3. The co-ops have been stymied.

When the Affordable Care Act was nearing its final votes, Democrats removed a controversial provision that would have set up a government-operated plan that would be a “public option” for consumers. It was replaced with federal money to start new, nonprofit insurers to bring more competition into many markets; lawmakers hoped such competition would help hold down premium costs.

There were 23 new health cooperatives that started enrolling members in 2014. Today, just four are still in business.

More than other insurers, the co-ops were most at risk when the money was eliminated because they operated on the smallest budgets.

“This was a huge factor in the failure of the co-ops,” says Timothy Jost, a retired law professor at Washington and Lee University in Lexington, Va., who has studied the ACA.

While many factors caused the demise of the co-ops, Lewis says, the loss of risk-corridor money is high among them.

4. The U.S. Chamber of Commerce — a leading opponent of Obamacare — is defending the risk-corridor provision.

The chamber has spent nearly a decade and millions of dollars fighting to overturn the Affordable Care Act. That’s why its amicus brief supporting insurers’ fight to restore its risk-corridor funding is so notable.

In its brief, the chamber says the health law promised funding to private insurers, and when the government reversed its commitment, “it pulled the rug out from under them.”

The court’s ruling would reverberate well beyond just the health insurance industry if it does not reverse lower court rulings, according to the chamber.

“If allowed to stand, the decision will chill the business community from working with the federal government in the future,” the chamber says.

5. A ruling could influence another big ACA case.

If the justices rule in favor of the insurers on this case, they may strengthen the industry’s argument in a separate ACA lawsuit working its way through lower courts.

Insurers have sued the federal government for $2.3 billion in unpaid “cost-sharing reduction” payments after the Trump administration stopped making the payments in 2017. Six insurers — in front of three different federal judges — have succeeded in their challenges over unpaid payments.

These ACA payments were intended to compensate insurers for reducing deductibles, copayments and coinsurance — reductions mandated by the ACA for marketplace enrollees with low incomes.

Some lawsuits from insurers have been stayed, pending the court’s ruling on risk corridors.

Supreme Court Rules Against Calif., Doubles Down On Religious Rights Amid Pandemic

The hereditary basis of Peruvians’ capability to live at high elevation

Why Octopuses May Be The Next Laboratory Rats

Sport of Thrones finale: Why the present dominated our lives for eight lengthy years

Household Discovers Gooey ‘Alien’ Jellyfish on NZ Beach. And It Appears like a Jell-O...