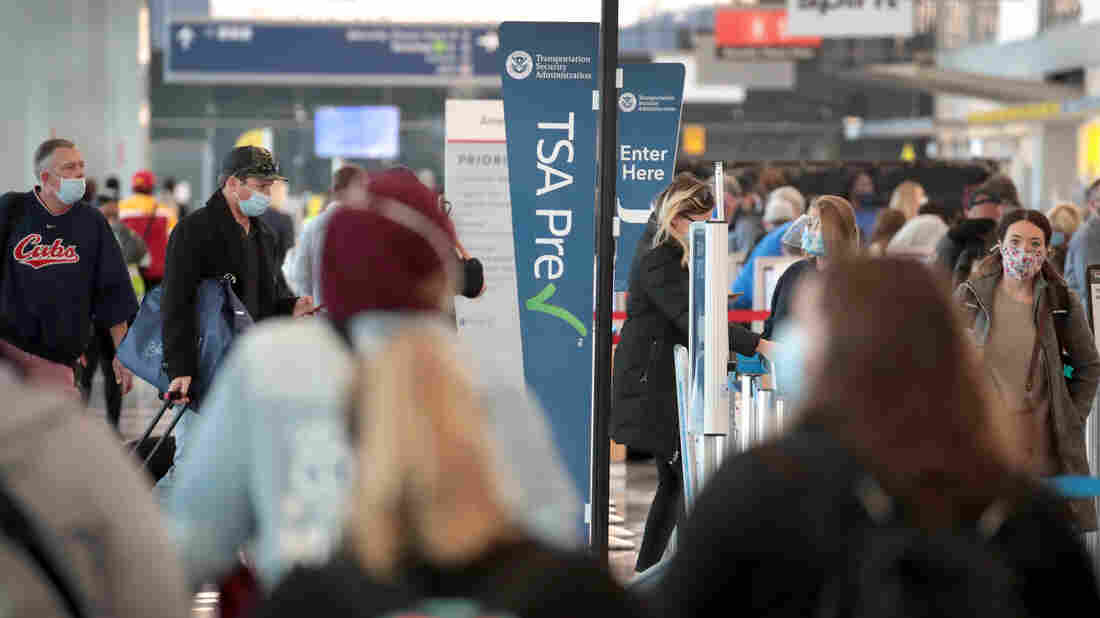 Passengers enter a checkpoint at O’Hare International Airport on Monday. The TSA reports it screened over 1 million passengers on Sunday, the highest number since the coronavirus crisis began. 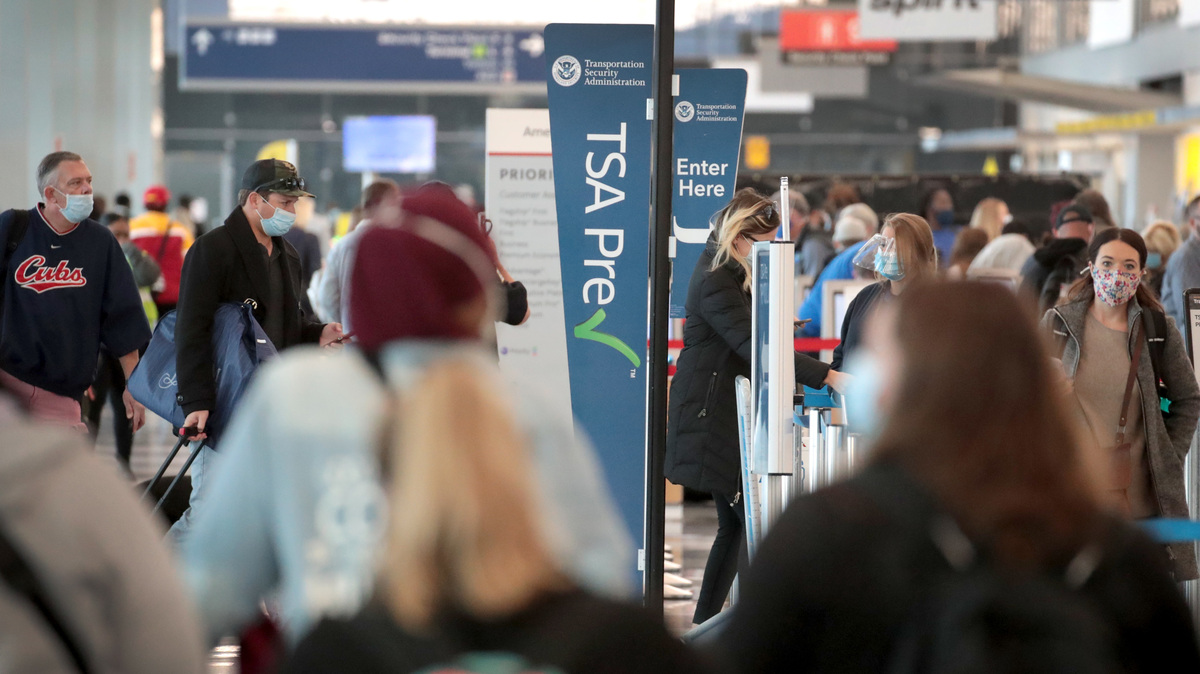 Passengers enter a checkpoint at O’Hare International Airport on Monday. The TSA reports it screened over 1 million passengers on Sunday, the highest number since the coronavirus crisis began.

How’s this for an October surprise? Despite a significant rise in COVID-19 cases in many parts of the country, it appears that more people are flying on commercial jetliners than at any time over the last seven months.

More than one million people were screened by the Transportation Security Administration at airport security checkpoints Sunday. It’s the first time the TSA’s daily traveler count has topped the one million mark since March 16.

And this wasn’t just a one-day surge in air travel. The TSA’s daily throughput figure has topped 900,000 eight times already this month, and the TSA reports that the 6.1 million people passing through U.S. airport checkpoints between Oct. 12 and Oct. 18 was the greatest weekly traveler volume measured since the start of the pandemic.

But experts say there is a lot of pent-up demand for air travel and it’s important to note that despite the modest increase, the number of people flying is still down more than 60% from the 2.6 million who flew on the same October Sunday last year.

Still, it’s a bit of good news at a time the nation’s airlines are burning through tens of millions of dollars a day and reporting huge financial losses due to the coronavirus pandemic. Delta and United both reported last week that they lost billions in the third quarter, as fewer people than expected dared to get onto airplanes in July, August and September. American and Southwest report their third-quarter results later this week, but are also expected to show billions in losses after many would be passengers canceled summer travel plans or drove to their destinations instead of flying.

The industry group Airlines for America says airlines are in desperate need for additional federal coronavirus relief, as they are collectively losing $5 billion a month.

Last year and into January and February of this year, airlines were setting passenger volume records. The TSA reported screening between 2.5 and 2.7 million people on the busiest travel days, which are usually Fridays and Sundays. But as the coronavirus outbreak spiked last March, companies halted business travel and millions canceled vacations and weekend getaways.

By mid-April, the number of travelers passing through security checkpoints plummeted to under 100,000, a decline of 96%. Other than the days after the terrorist attacks on Sept. 11, 2001, the group Airlines for America says there hadn’t been that few people flying since the dawn of the jet airplane age in the 1950s.

There were short-lived upticks in air travel demand in early summer, especially around the Memorial Day and Fourth of July holiday weekends. But the number of COVID-19 cases spiked after each holiday, especially in parts of the country that rushed to reopen bars, restaurants and other gathering places. Lingering concerns about spreading the viral illness dampened demand for air travel during the later summer months.

As welcome as this month’s surprising rise in air travel is, there is still a lot of uncertainty over whether the trend will continue, especially heading into the Thanksgiving and Christmas holiday season, which is usually a busy air travel period.

Most airlines have significantly reduced their schedules as demand remains weak, and some have suspended service to smaller cities. In late September, bookings for travel in November were just a fraction of last year’s level, according to the airline data firm OAG.

And with what appears to be a new wave of COVID-19 cases surging, especially in the Midwest, several states are setting records for the daily number of infections being reported. Public health officials in many states are urging residents to stay home to celebrate the holidays in small family groups.

“COVID-19 has changed the way we work, live, and play, and will now change how we plan to celebrate the holidays,” said Illinois Public Health Director Dr. Ngozi Ezike, who added that “the safest way to celebrate is with members of your household and connecting with others virtually.”

Summer Travel Options Outside The U.S. Are Still Up In The Air As COVID Cases Rise

Should You Use Airbnb or Vrbo?

This robotic found out not to tinker other individuals’s things

With Theta, 2020 sets the record for most named Atlantic storms

Among Google’s most effective female executives states she went out with personnel opposing unwanted...