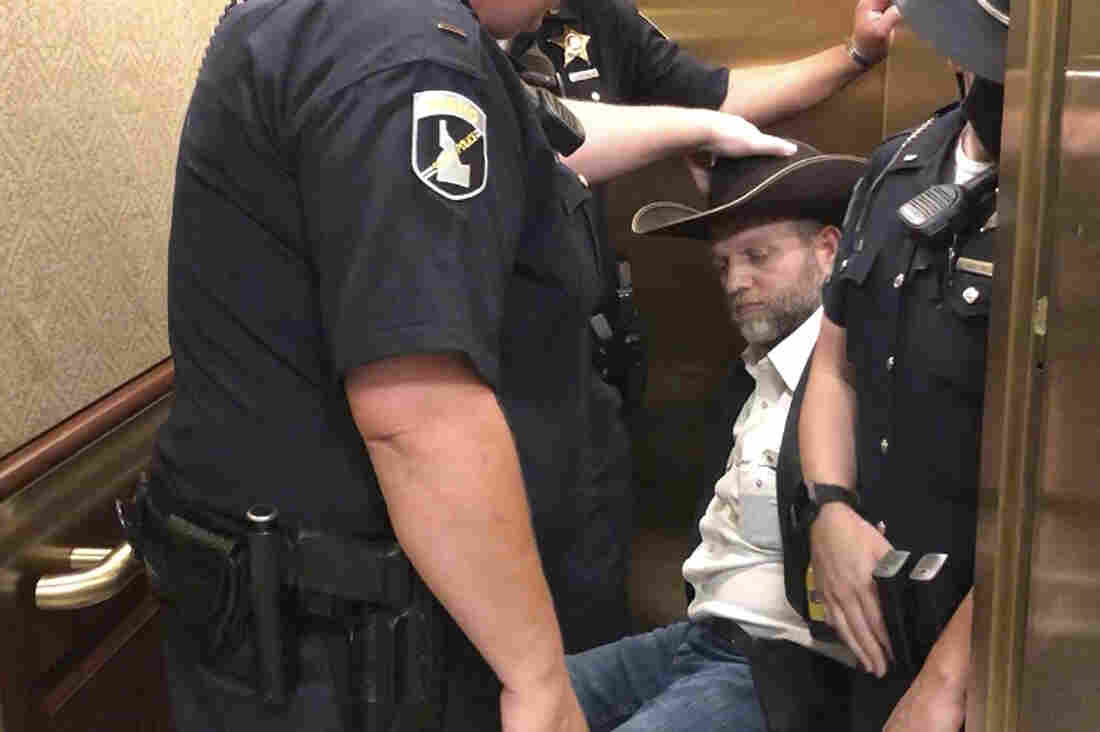 After he refused to stand when asked, anti-government activist Ammon Bundy was wheeled into an elevator in a chair, following his arrest at the Idaho Statehouse in Boise Tuesday. 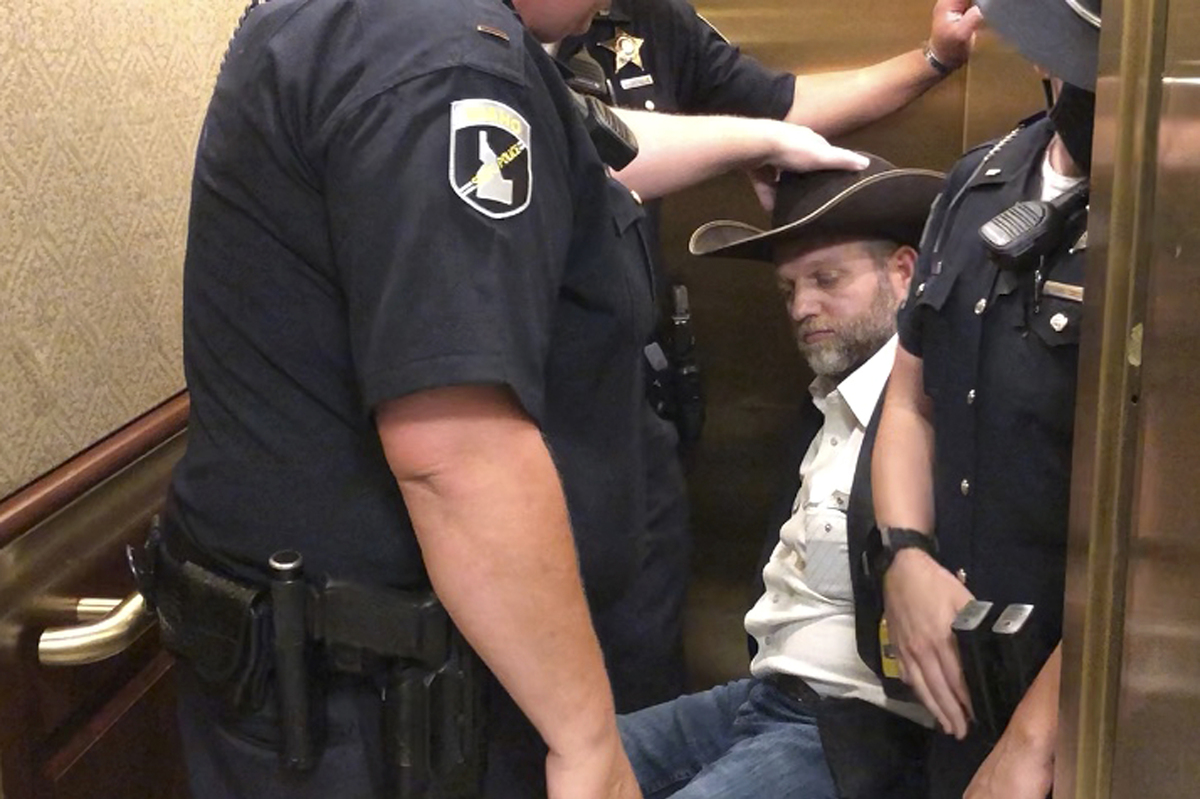 After he refused to stand when asked, anti-government activist Ammon Bundy was wheeled into an elevator in a chair, following his arrest at the Idaho Statehouse in Boise Tuesday.

Ammon Bundy, who led an armed standoff against federal agents in Oregon in 2016, was arrested at the Idaho state capitol for trespassing and other charges following a protest Tuesday afternoon.

Bundy has been part of disruptive protests since the state’s Republican-controlled legislature convened for a special session Monday to address coronavirus-related bills. At times, far-right demonstrators, some armed and unmasked, pushed past state troopers to enter a legislative chamber. Tuesday afternoon, amid more reported chaos, police cleared a hearing room at the order of the state house speaker.

Bundy, along with two other protesters, refused to leave. He was placed in handcuffs and taken out of the statehouse and onto a Boise street in the same rolling chair in which he was seated, according to Lynn Hightower of the Idaho State Police.

Bundy was expected to be booked into the Ada County Jail on charges of trespassing and resisting and obstructing officers, both misdemeanors, she told NPR.

Social media posts and local television stations showed bizarre footage of Bundy being detained while sitting in an office chair in his cowboy hat and blazer.

Bundy and other members of the far right, so-called Patriot Movement, have been protesting various coronavirus related health measures — such as mask mandates — across the Northwest since the pandemic began in March. Extremist group monitors have said the virus has breathed new life into their cause, that had been dying down in some parts of the country.

In Idaho, several elected leaders have enthusiastically supported Bundy and his followers.

Bundy, who now lives in Emmett, Idaho, near Boise, has been no stranger to the headlines — or the courts — in recent years.

In 2016, a jury acquitted him for staging a 41-day siege over control of federal lands at the Malheur National Wildlife Refuge in eastern Oregon. A judge in Nevada declared a mistrial in a separate case involving an armed standoff near the family’s Nevada ranch in 2017.

How to Live (More) Safely in a Dorm During a Pandemic