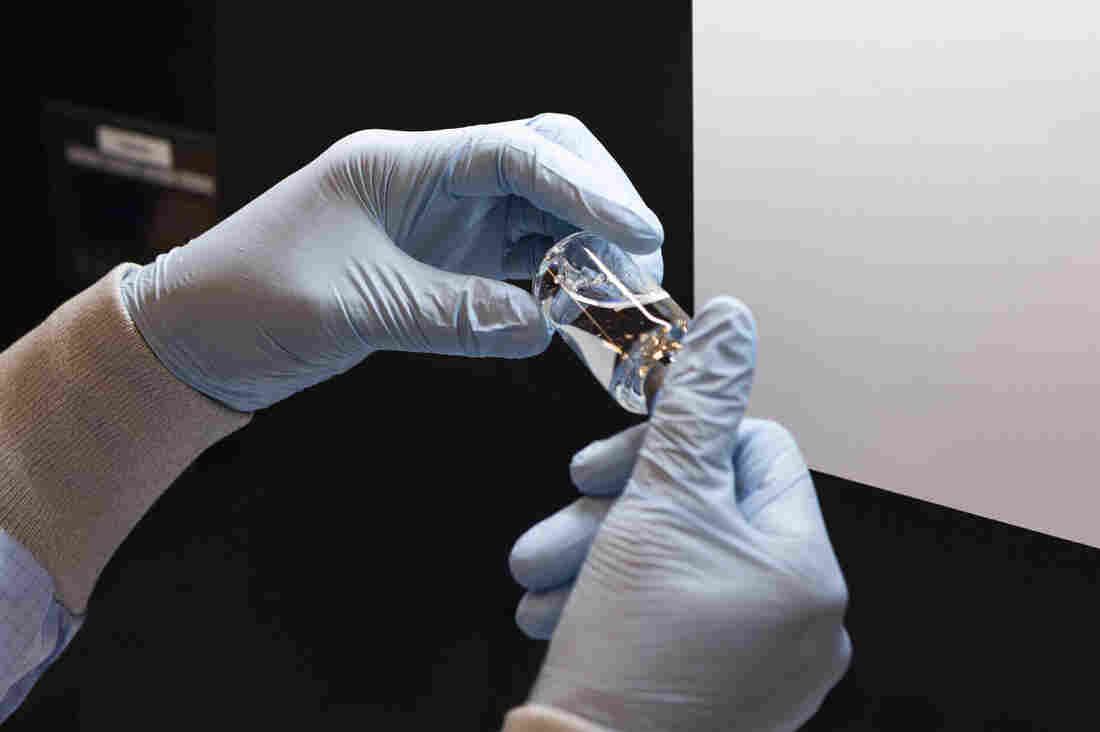 Preliminary results of a study of the antiviral drug remdesivir show it is effective in shortening recovery time for patients with COVID-19. 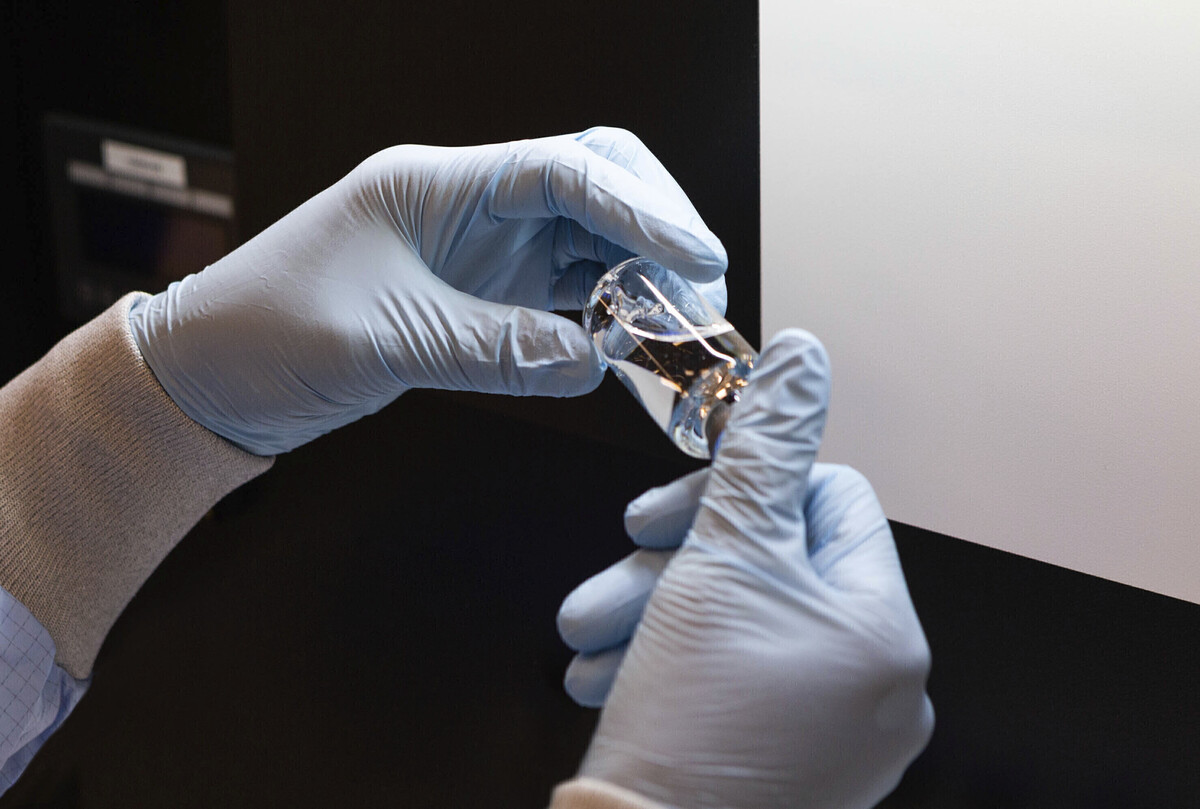 Preliminary results of a study of the antiviral drug remdesivir show it is effective in shortening recovery time for patients with COVID-19.

Preliminary results of a major study of the antiviral drug remdesivir show it can help hospitalized patients with COVID-19 recover faster. Dr. Anthony Fauci hailed the findings, released Wednesday, as “quite good news.”

“The data shows that remdesivir has a clear cut, significant, positive effect in diminishing the time to recovery,” Fauci said during a meeting between President Trump and Louisiana Governor John Bel Edwards. “This is highly significant.”

Fauci said it was the first “truly high-powered” randomized placebo controlled trial of remdesivir, noting that it involved more than a thousand hospitalized patients at sites in numerous countries. Another randomized controlled trial in China, with results that were also announced Wednesday, was far smaller.

The NIH trial of the antiviral, which is made by Gilead Sciences, began on February 21. The preliminary study results are not yet published in a peer-reviewed trial but NIH released them after an analysis by the data safety monitoring board overseeing the trial. Fauci said the results were announced because of the ethical responsibility to allow the placebo group to access remdesivir, since there was now clear evidence that the drug works.

The analysis found that remdesivir shortened the time it took a hospitalized COVID-19 patient to recover, compared to a placebo. The study defined “recovery” as being well enough to be discharged from the hospital or returning to normal activity.

The preliminary results found that patients who received remdesivir recovered 31% faster — the median time to recovery was 11 days rather than 15 days. The results also suggest a slightly lower mortality rate for the group receiving remdesivir, but until complete data is analyzed it’s not certain if that effect is significant.

Fauci said that while 31% may not seem like a huge deal, “It is a very important proof of concept. Because what it has proven is that a drug can block this virus.”

The results will be sent to a journal for peer review.

Dr. Evelyn Ling, is a professor of medicine and is involved with the remdesivir trial at Stanford University.

“It’s definitely very promising and very exciting that we might have this option to treat these patients who currently don’t have any great options right now,” she says. “Every day you’re in ICU, that’s a lot of stress on the body, that’s a lot of recovery time needed. So I think if you could shorten that, I think that’s great for our patients.”

Dr. Aneesh K. Mehta, an investigator at the remdesivir trial site at Emory University, was optimistic about the drug’s potential, based on the preliminary data. “We believe that remdesivir is the first medication to show a positive effect on patients with COVID-19,” he said at a press conference.

He also offered a few caveats.

First, he underlined that this is preliminary data, based on about half the patients in the trial, and it “has not undergone the robust analysis that will be conducted by the statisticians and the scientists at the NIH in the coming weeks.”

And while the preliminary data showed no serious side effects of remdesivir, “we still don’t have all the safety data reported from the NIH, and that will be critically important to understanding how we use this medicine in the future,” he said.

“It is very important to understand that remdesivir and antivirals in general are not silver bullets,” he said. “They do not immediately get rid of an infection. They work by slowly preventing the virus from making more of itself.”

Patients still need other care to support their recovery, he said, especially if the inflammation that can be associate with COVID-19 has already damaged their organs.

Fauci said that new studies will examine combining remdesivir with other drugs, such as an anti-inflammatory drug, to see how those compare to using remdesivir alone.

Gilead Sciences also announced on Wednesday that a trial had found that patients receiving a 10-day treatment course of remdesivir achieved similar improvement in clinical status compared with those taking a 5-day treatment.

“The study demonstrates the potential for some patients to be treated with a 5-day regimen, which could significantly expand the number of patients who could be treated with our current supply of remdesivir,” Dr. Merdad Parsey, chief medical officer of Gilead Sciences, said in a statement.

A separate study, published Wednesday in the medical journal The Lancet, and including 237 critically ill patients in Wuhan, China, found that remdesivir did not provide significant clinical benefits to those hospitalized with the disease. But the authors cautioned that the interpretation of their results is limited. The study was stopped early due to difficulty recruiting enough patients after the outbreak was brought under control there. They concluded that further study of remdesivir is needed.

That study was “under-powered,” said Fauci. “I don’t like to pooh-pooh other studies, but that’s not an adequate study, and everybody in the field feels that.”

Joe Palca contributed to this report.

Results from the remdesivir COVID-19 trial are out, and it’s good news

As Environment Modifications, Is Consuming Raw Oysters Getting Riskier?

Scary area shots reveal scary side of the universes

Physician As needed is broadening its virtual care platform