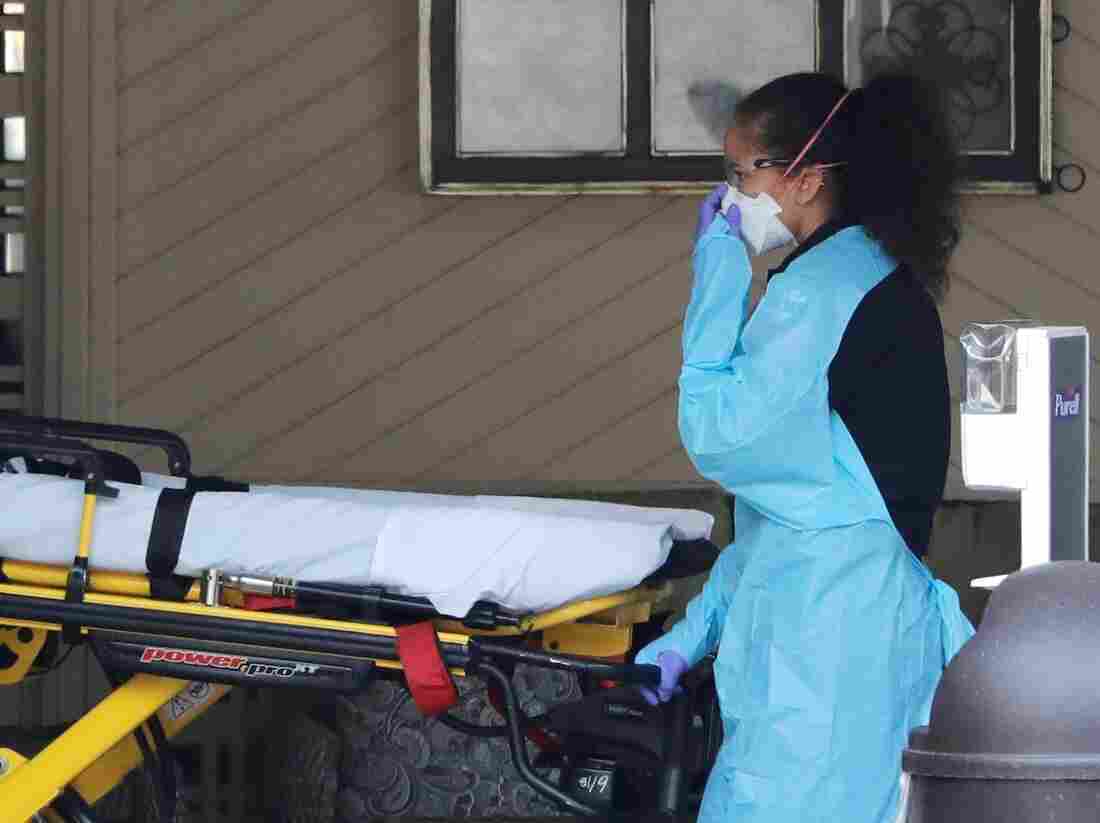 An ambulance worker adjusts her protective mask as she wheels a stretcher into a nursing facility in Kirkland, Wash., on Saturday where more than 50 people were found to be sick and are being tested for COVID-19 virus. 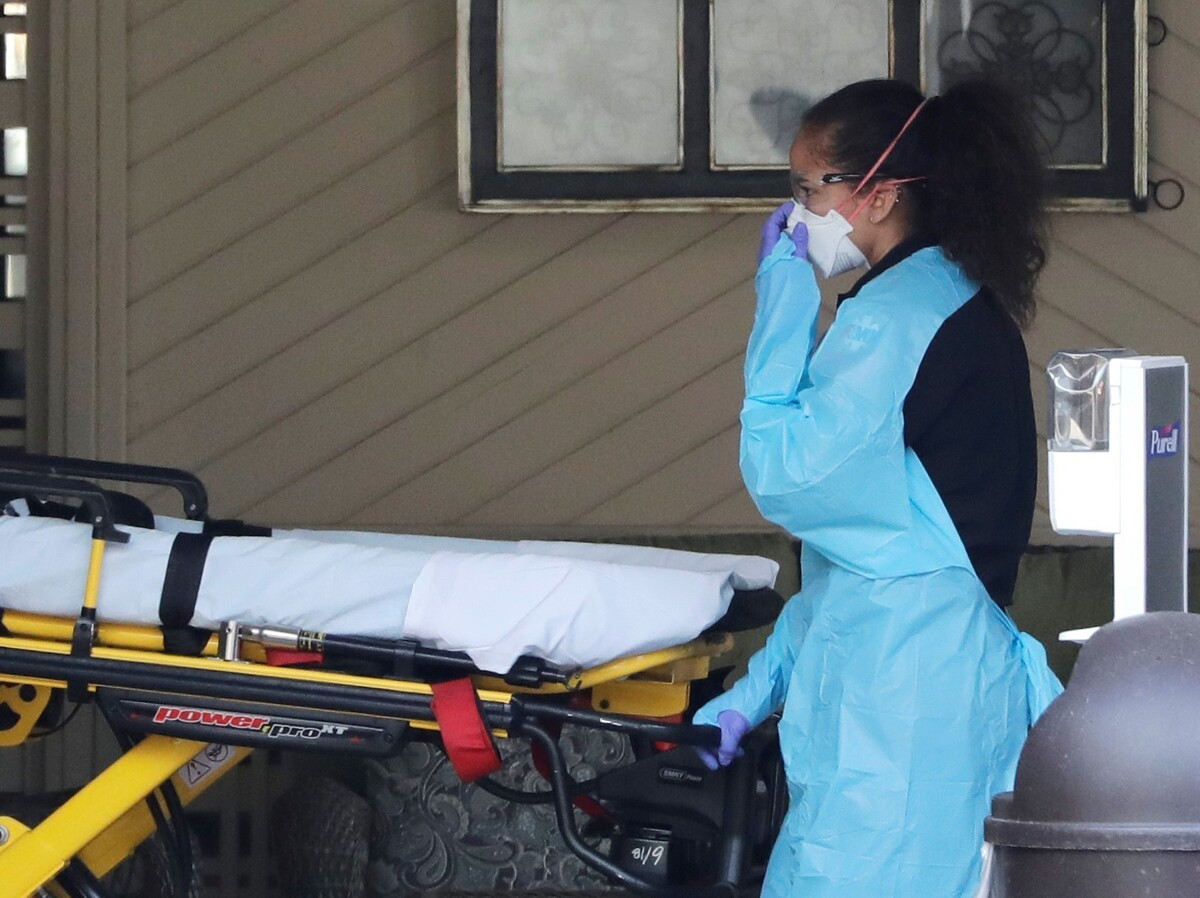 An ambulance worker adjusts her protective mask as she wheels a stretcher into a nursing facility in Kirkland, Wash., on Saturday where more than 50 people were found to be sick and are being tested for COVID-19 virus.

As labs across the United States quickly ramp up their ability to test for the novel coronavirus, public health officials are anxiously awaiting results that could start to reveal its secret movements around the country.

“We now have 75,000 tests available out there in the United States, and over the next week that will expand radically,” said Alex Azar, Secretary of Health and Human Services, on ABC’s This Week.

“Right now, it’s important that we test people who have any type of respiratory illness — respiratory symptoms–that is unidentified,” Azar said.

He said more than 3,600 people have been tested so far nationwide. The Centers for Disease Control and Prevention, which provides testing and also confirms positive test results from state labs, says it has run fewer than 500 tests.

More testing is sure to find more people with the virus—at least, those people who have been sickened by it. This surge in testing won’t be able to tell how many people are infected out there with no symptoms.

Scott Becker, the head of the Association of Public Health Laboratories, says that more than 40 public health labs should be able to test for the virus by the end of the weekend.

Over the next week, he added, that number should grow to more than 100 labs, as the CDC sends out more test kits.

Initially, limited testing capacity meant the CDC didn’t advise testing sick people unless they had a history of travel to affected countries or contact with a known COVID-19 case. And test kits sent to labs around the country had a problem with one ingredient that resulted in delays.

“I certainly do wish that the testing was available sooner. There was this very unfortunate challenge in the production process and it did put us a few weeks behind,” Becker told NPR.

He noted that the availability of more testing and expanding who is eligible for that testing means that “we are going to start to see more and more cases pop up across the country.”

“We’ll have a much greater understanding of what’s going on with the virus here in America,” he said.

Washington state reported the first death from coronavirus on Saturday: a man in his 50s with pre-exiting health conditions but no history of travel.

The state is also investigating an apparent outbreak in a nursing care center in Kirkland, Wash. There, two people have tested positive and more than 50 residents and health care workers are reportedly ill with respiratory symptoms. “Additional positive cases are expected,” according to the local department of health.

On Sunday, it reported two more cases in two additional medical centers. Both were men with underlying health conditions who were in critical but stable condition.

A genetic analysis of viral strains from Washington state suggests that the virus has been circulating there for around six weeks, and the outbreak might involve hundreds of people, according to Trevor Bedford, a scientist at the Fred Hutchinson Cancer Research Center in Seattle who studies virus evolution.

Possible community spread has also been reported in California, where officials found the virus in a person with no relevant travel history or exposure.

So far, there are more than 70 known cases of the coronavirus in the U. S., and most of them are people repatriated from China or the Diamond Princess Cruise Ship.

Worldwide, the virus has been reported in more than 50 countries, with Mexico recently reporting its first cases. There’s been over 85,000 cases, with around 6,000 of those outside of China. More than 2,800 people with the virus have died.

Nearly 18,000 airport workers sealed in for testing after 7 cases detected

This congressperson wants to ramp up COVID-19 testing

We Are Losing Sight Of What Contact Tracing Apps Are For

To match the brand-new Windows 10 dark style, Microsoft is including a light style

‘Fauci Will Not Lie’: Politicians, Federal Officials And Celebrities Rally Behind Trusted Voice Of...