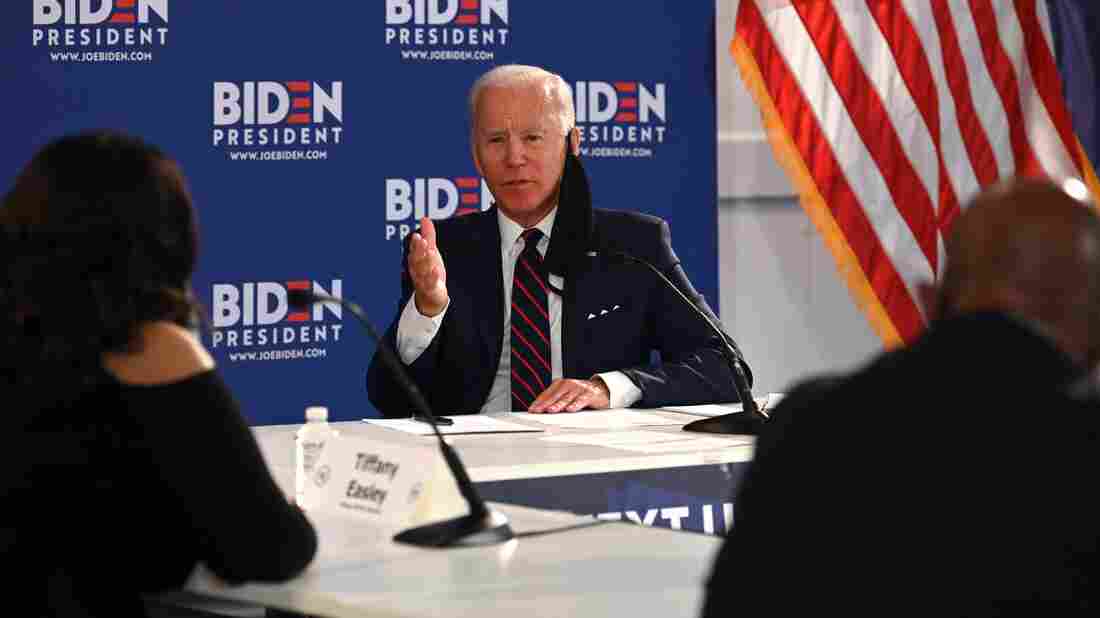 Democratic presidential candidate Joe Biden holds a roundtable meeting on reopening the economy with community leaders at the Enterprise Center in Philadelphia on Thursday. 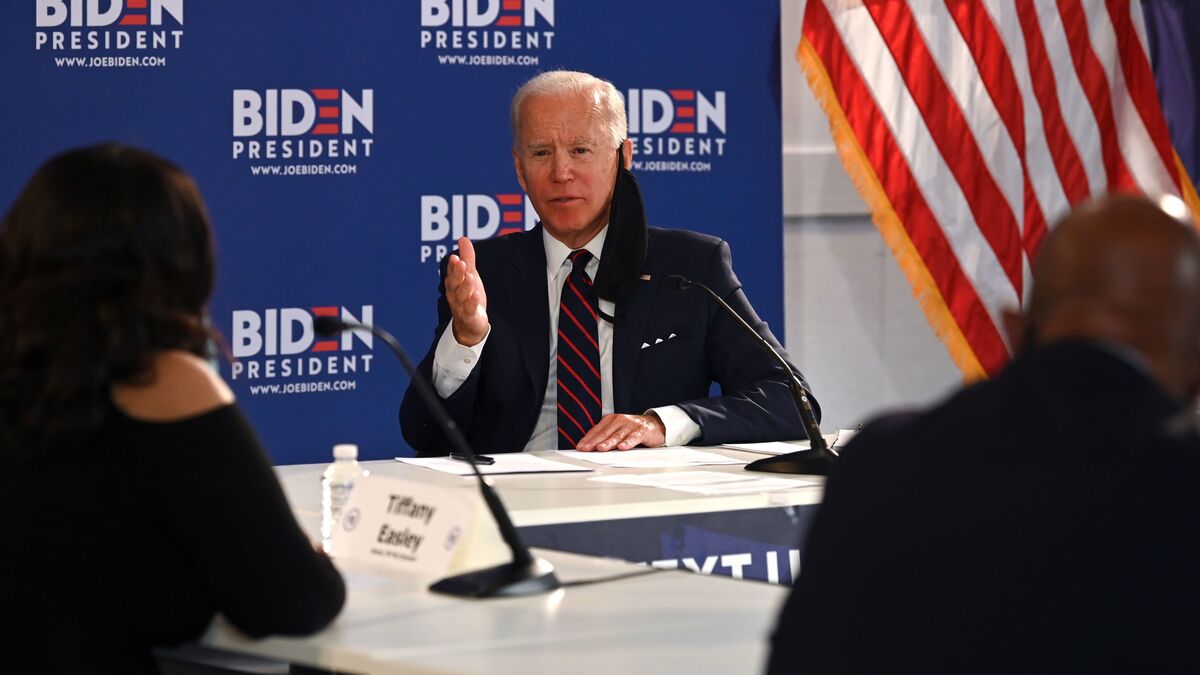 Democratic presidential candidate Joe Biden holds a roundtable meeting on reopening the economy with community leaders at the Enterprise Center in Philadelphia on Thursday.

Presumptive Democratic presidential nominee Joe Biden announced on Thursday an expansive plan to reopen the economy and protect public health during the ongoing coronavirus pandemic, including federally funded testing for every worker called back on the job, guaranteed paid sick leave for workers affected by COVID-19 and a federally coordinated contact tracing workforce.

“Trump may have forgotten about the coronavirus, but it hasn’t forgotten about us,” Biden said at the front of a horseshoe shaped table at a community center in West Philadelphia. “The failure to respond to the pandemic, I think the federal government has abdicated any effective leadership role.”

The former vice president, meeting with black community leaders and business owners, said he would also task the Occupational Safety and Health Administration with enforcing standard workplace safety requirements and wants to build out a public health job corps with state, tribal and local officials to conduct robust contact tracing.

The plan includes requirements that businesses tailor workplace arrangements for employees in high-risk groups, funding for small businesses to help rehire employees and steps for reopening schools and daycares.

“We need all the things that need to be done to make sure you are safe, your customers and safe and your employees are safe is, in the meantime paid for by the federal government,” Biden said, with his mask dangling from his ear as he talked. “This is a crisis. If we don’t do that, it’s going to cost the government a lot more down the road.”

Congress has passed about $3 trillion in coronavirus relief in four separate measures. House Democrats passed another $3 trillion funding bill, but Senate Republicans have rejected the measure. Senate Majority Leader Mitch McConnell has said Congress is not ready to consider another hefty aid package.

The Biden campaign has not released figures on how much their proposals would cost.

Biden is addressing reopening as governors and mayors lift restrictions around the country and COVID-19 cases continue mounting in many states. An additional 1.5 million people applied for unemployment benefits last week, a number that’s been falling slightly as people return to work, but indicates the ongoing economic turmoil the country faces.

Over the last 12 weeks, more than 44 million first-time claims have been filed, and the Federal Reserve projects the unemployment rate will be more than 9% by the end of the year.

Biden has slowly been resuming in-person campaigning, mostly within driving distance of his home in Wilmington, Del. This is Biden’s second Philadelphia visit this month. In a speech there last week, he condemned President Trump’s response to protests outside the White House and around the country over systemic racism and police brutality.

The protests and loosening stay-at-home orders have increasingly propelled Biden outside his basement television studio. At the beginning of June, Biden met with Black faith leaders in Wilmington, his first in-person event in over two months.

Across the country, President Trump is also holding an in-person event today to roll out his own plans to address the converging crises facing the country. The president is meeting with pastors, law enforcement officials and small business owners at a Dallas church, where the White House says he will discuss plans for a “holistic revitalization and recovery.” The president is also holding his first in-person fundraiser in months while in Texas.

Biden Says U.S. Will Have Vaccine Supply For All Adults By May, Prioritizes Teachers

A rideshare chauffeur struck a male on an e-scooter in Brooklyn, highlighting possible dangers...

So You Traveled Over Thanksgiving. Now What?

Do Not Consume Any Romaine Lettuce, CDC Alerts Of Another E. Coli Break Out