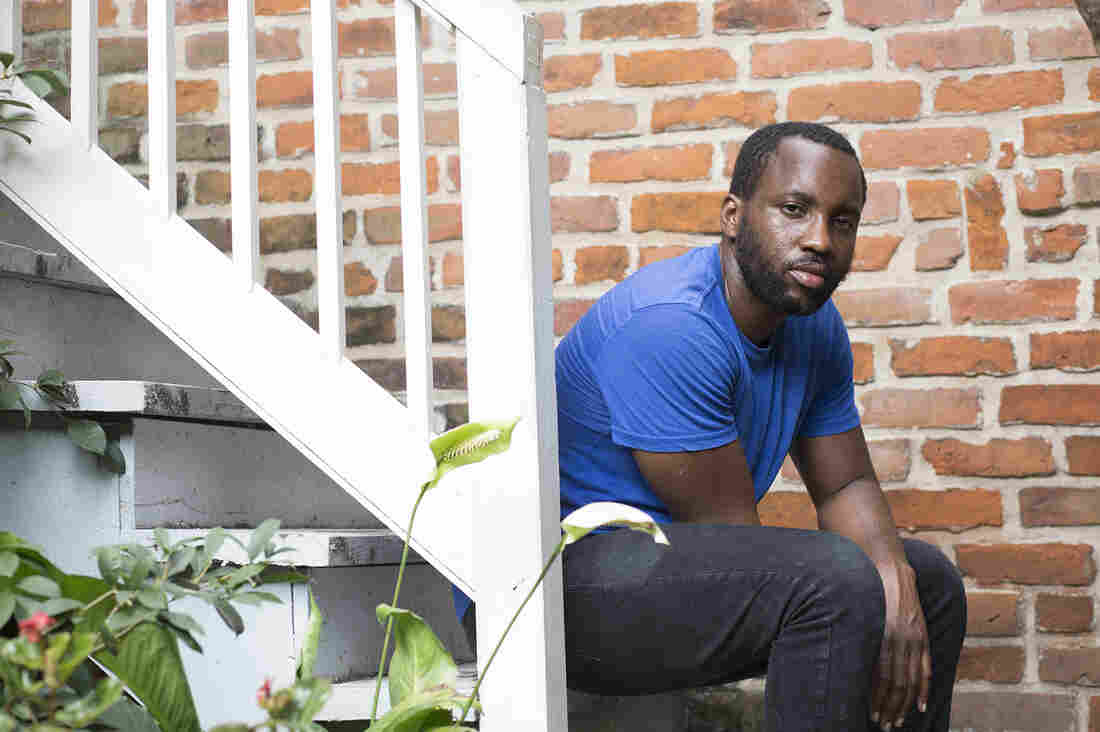 Chef Tunde Wey uses food as a tool for social justice. His company, BabyZoos, aims to use profits from the sale of applesauce to hospitals to fund ventures that create more economic opportunities for African Americans in an effort to close racial wealth — and health — gaps. 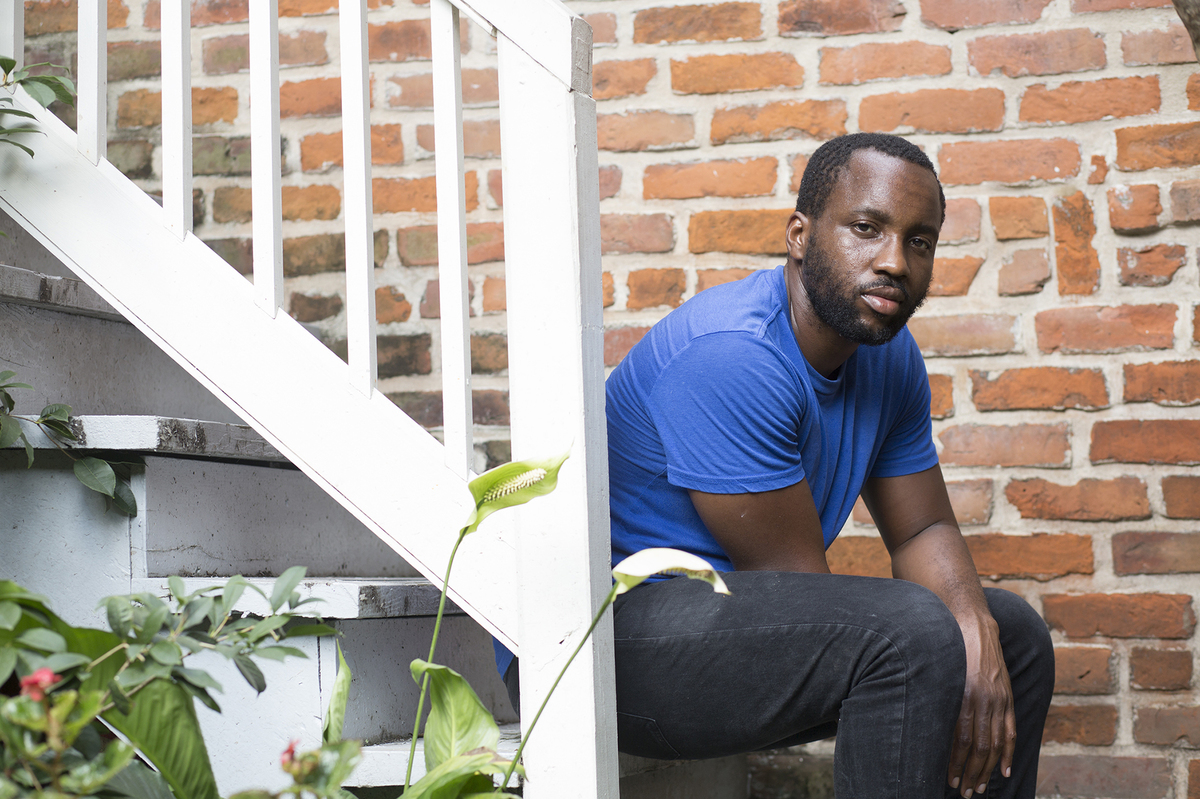 Chef Tunde Wey uses food as a tool for social justice. His company, BabyZoos, aims to use profits from the sale of applesauce to hospitals to fund ventures that create more economic opportunities for African Americans in an effort to close racial wealth — and health — gaps.

For many people, a package of applesauce is simply a convenient lunchbox staple or a snack you turn to when you’re feeling sick or can’t keep much else down. But when Tunde Wey looks at applesauce, he sees a tool for social justice.

Wey is the founder of BabyZoos, a start-up food company focusing its work in Kalamazoo, Mich. He launched the company this year after learning a startling statistic: Black infants born in Kalamazoo County are three times as likely to die before their first birthday as white children. In 2017, that translated into 320 deaths out of nearly 22,000 African American babies born in the county. Nationwide, black babies are more than twice as likely to die before turning 1 as their white counterparts.

In fact, from access to cancer treatments to mental health care and beyond, such racial health disparities abound — and are particularly stark between African Americans and whites. One reason for this is what researchers call the social determinants of health — the broad array of factors, from housing and job opportunities to schooling and pollution exposure, that play a huge role in our well-being.

“And chief among them is wealth and income inequality,” says Wey, a chef, writer and activist who uses food to explore issues of race and inequality among African Americans.

So Wey asked himself, “How do we invest in the health and well-being of black communities?”

The answer he came up with is an ambitious idea to create economic opportunity in Kalamazoo. Michigan is an apple-growing powerhouse, so Wey wants to sell applesauce to area hospitals and pump the profits back into the local community. The plan is to use the money to fund local ventures that promote wellness and generate economic opportunities for the African American community, while also eventually creating jobs through his company.

One Michigan hospital system is already on board. Bronson HealthCare Group, one of the largest employers in Kalamazoo County, has agreed to make BabyZoos its applesauce supplier at Bronson Methodist Hospital, one of four hospitals it operates in southwest Michigan.

Grant Fletcher, Bronson’s director of healthy living and sustainability, says the move is part of the company’s overall commitment to supporting local food producers and businesses. But, he says, it’s also part of its commitment to addressing racial health and wealth disparities in its community.

“We have, as an organization, truly embraced the role of serving as an institution to help to break these wealth disparities — this intergenerational poverty — and trying to bring members of our communities forward,” Fletcher says.

He adds, “At the end of the day, we know that ensuring that all members of our communities are able to build wealth and support their families and begin to address some of these social determinants of health, then it can begin to break down some of those historic institutional racism barriers that we’ve seen.”

“We know that 80 percent of … your health is outside of what we actually do within those four walls of our health care organization,” says Washington, adding, “We really have a goal around building and strengthening community relationships and partnerships so that we can advance health equity and [think] of health in that broadest sense.” Bronson’s commitment to this broader vision of health is reflected in Washington’s title — she’s the health care system’s vice president of health and equity, a recently created position.

As BabyZoos’ first customer, Bronson is supporting the company by prepaying for the product, essentially providing it a line of credit.

“I think the endgame here is that we serve as an example, a steppingstone for BabyZoos, but also for other institutions in and around the communities that we serve,” says Fletcher.

Wey hopes that the project will encourage hospitals to diversify their vendor bases to include more “brown folks.” BabyZoos is scheduled to make its first applesauce shipment to Bronson this week. Wey says the company is making a 27% profit margin on the deal and plans to transfer 74% of that to Maliesha Pullano, a black female entrepreneur who owns Mamaleelu Cold Brew coffee in Kalamazoo.

Wey says the plan eventually is to expand the foods that the company sells to hospitals, adding offerings like hummus. And he wants to take BabyZoos national so that sales of hospital food can be used to fund local projects that benefit African Americans in other communities. He’s currently in talks with other hospital systems in the Michigan region and elsewhere in the United States.

When I first spoke with Wey about the BabyZoos concept back in May, his plan had included a highly controversial aspect. He wanted hospital systems to pay a premium for the applesauce — on the order of five to six times the normal price. His argument: If hospitals really are committed to promoting equity in their local communities, as many say they are, then they’d be willing to pay that premium, because it represents the scale of investment needed to pay local workers a living wage and grow the company so that BabyZoos can become an engine of economic opportunity in the black community.

He saw the premium as a form of reparations for slavery — a way of helping to address the economic and health inequalities that have resulted from America’s long history of exploitation of African Americans. However, after months of conversations with hospitals, Wey now says that getting them to pay a large premium “is never going to happen.”

Instead, he’s working on a separate plan to create a line of staples — like salt, sugar and vinegar — that can be sold at retail and direct to consumers, with the mission of addressing racial inequalities made an explicit part of the branding. He says the consumer-facing products won’t be sold under the BabyZoos name but will share its mission. The products would cost more than competitors, he says — enough to give them profit margins that can be reinvested in the company and community, but not enough to induce sticker shock.

“You can make the case to an individual consumer to pay more because their politics align with this,” he says, adding, “[We’re] trying to be part of a larger effort to undo specifically anti-black racism and what that has done in terms of decimating wealth and health in the black community. “

Dr. Michelle Morse, who serves on BabyZoos’ advisory board, calls the project a social experiment. “I think it’s really important for us to experiment with local experiments like this to address racial inequities, because we haven’t figured out how to end them,” she says.

Morse is the founding co-director of the nonprofit EqualHealth and an assistant professor at Harvard Medical School, where she teaches social medicine — a philosophy that not only recognizes the socioeconomic factors that affect health but that also encourages doctors to advocate for structural and policy changes that could improve it.

“[We] need to have a much more clear and serious conversation about what reparations should look like in the health and health care space,” Morse says. “And I haven’t seen that conversation happening enough.” She says she hopes experiments like BabyZoos will force more of those conversations to occur.

Seen ‘Plandemic’? We Take A Close Look At The Viral Conspiracy Video’s Claims

Maryland And Ohio To Close Schools Statewide Due To Coronavirus

Virtual Dentistry And The Culture Of Technological Control