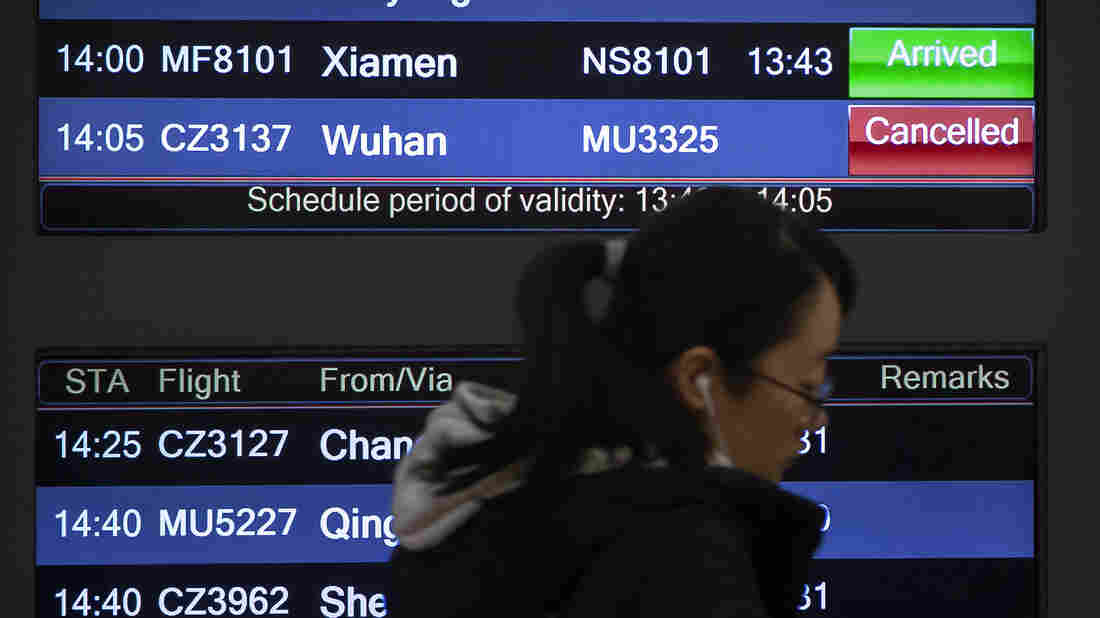 A traveler walks past a display board showing a canceled flight from Wuhan at Beijing Capital International Airport Thursday. China closed off the city of more than 11 million in an unprecedented effort to try to contain a deadly new viral illness that has sickened hundreds and spread to other cities and countries during the Lunar New Year travel rush. 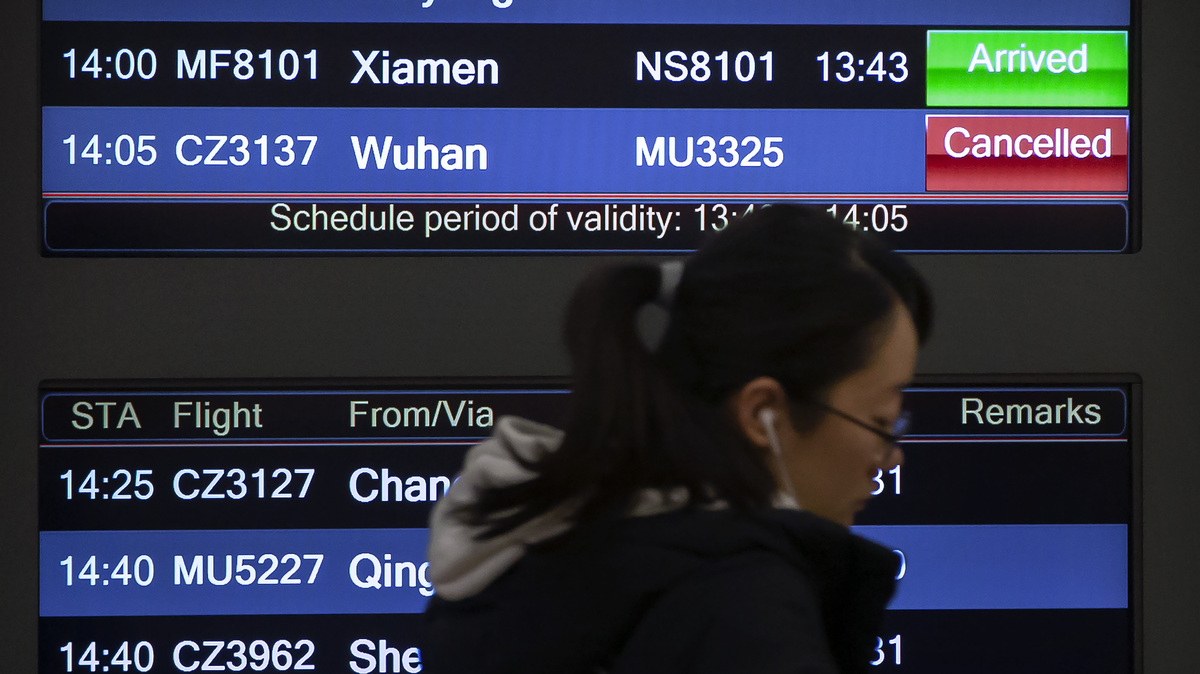 A traveler walks past a display board showing a canceled flight from Wuhan at Beijing Capital International Airport Thursday. China closed off the city of more than 11 million in an unprecedented effort to try to contain a deadly new viral illness that has sickened hundreds and spread to other cities and countries during the Lunar New Year travel rush.

Wuhan’s public health authorities say they are in a “state of war” as they quarantine the Chinese city in an attempt to halt the spread of a never-before-seen strain of the coronavirus.

“Strictly implement emergency response requirements, enter into a state of war and implement wartime measures to resolutely curb the spread of this epidemic,” urged a committee of Wuhan’s top officials. “Homes must be segregated, neighbors must be watched.”

As of early afternoon, cars were still allowed to exit Wuhan, the epicenter of a rapidly-growing outbreak of a coronavirus that has sickened more than 570 within China and killed at least 17, according to health authorities.

But officials also began sealing off highways entering the city. Authorities said they were screening passengers leaving and entering Wuhan, checking for fever and the illegal transport of wild animals thought to be the original vector for the virus.

Online, people expressed doubt whether the quarantine came in time to check the disease’s spread. Influential bloggers have been calling on the mayor of Wuhan, Zhou Xianwang, to step down after he admitted the city government’s initial public health responses “were not sufficient.” The disease has spread to virtually all other Chinese provinces as well as Hong Kong, none of which has been quarantined. 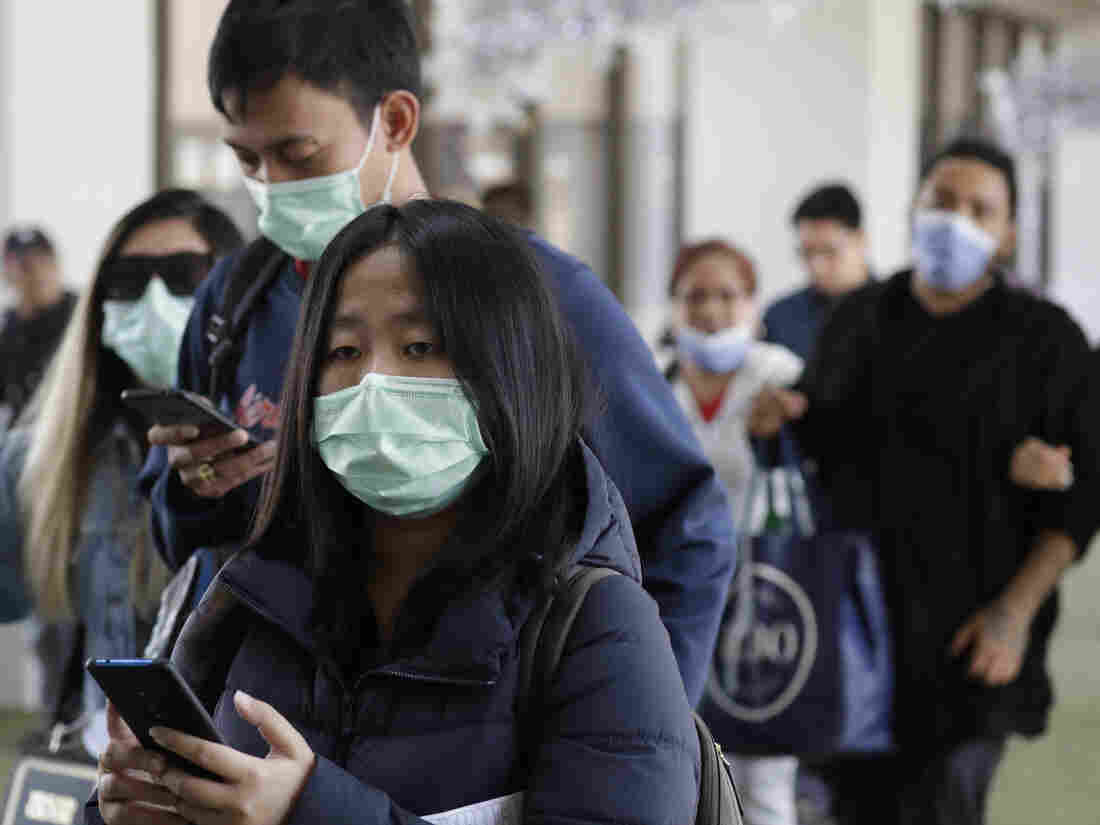 Passengers wear masks as they arrive at Manila’s international airport, Philippines, on Thursday. The government is closely monitoring arriving passengers as a new coronavirus outbreak in Wuhan, China has infected hundreds. 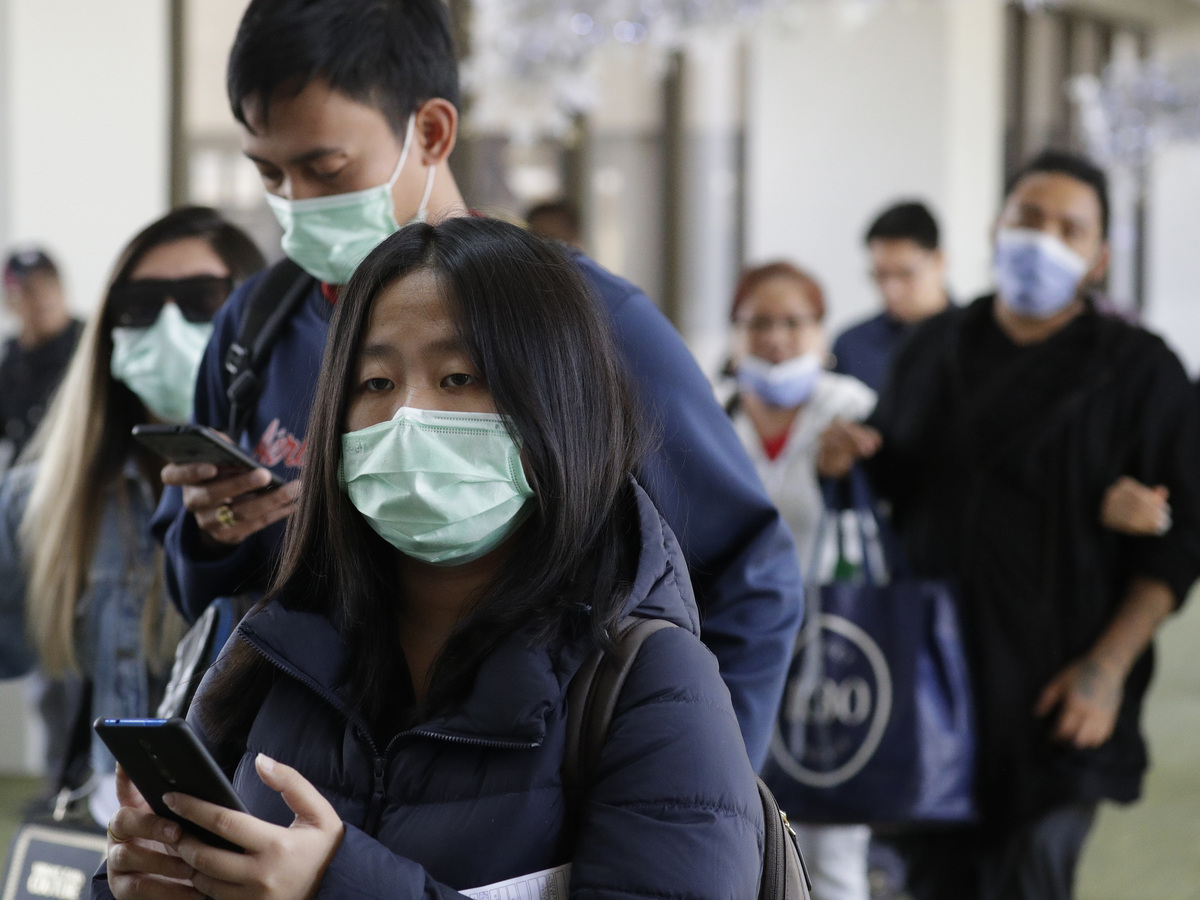 Passengers wear masks as they arrive at Manila’s international airport, Philippines, on Thursday. The government is closely monitoring arriving passengers as a new coronavirus outbreak in Wuhan, China has infected hundreds.

The sudden decision to lock down the city of 11 million residents, who were given less than eight hours notice of the suspension of public transportation, suggests the severity of the outbreak has alarmed China’s leaders. Wuhan’s lock down comes only two days before the official start of Lunar New Year, a major, week-long holiday during which hundreds of millions normally travel within and outside China.

The recent jump in the number of confirmed cases in China has also raised suspicions among both researchers and residents that authorities have delayed reporting the true extent of a public health threat.

Thursday’s front page of the People’s Daily, the official newspaper of the Chinese Communist Party, made no mention of the viral outbreak and focused instead on the country’s leadership. The top story covered Chinese leader Xi Jinping’s New Year’s wishes to former senior officials.

A London Imperial College study published Wednesday estimated that the number of those infected in China with the new coronavirus should be at least 4,000 based on past outbreaks of similar viral diseases, far fewer than the 570 or so officially acknowledged as of Thursday.

“This is a mathematical model. The number you were referring to was the maximum in the range predicted. Faced with viruses like this, facts must be facts and theories are just theories,” Gao Fu, the director of China’s Bureau of Disease Prevention and Control, told reporters yesterday when asked about a similar study from the same authors.

Part of the problem with reaching an accurate count may be that overstretched hospitals have been unable to cope with the numbers of potential cases needing to be screened. Hundreds of residents with fevers seeking screening posted on social media Wednesday night that they had been turned away from overloaded Wuhan hospitals. The posts were deleted by the following morning.

In one case, a man from Liaoning province who sought treatment in a Wuhan hospital on Jan. 12 was simply prescribed oral medication and turned away, according to a notice posted by the Liaoning Public Health Commission. Five days later, he flew to Dalian, a major city in Liaoning, for further care as his symptoms worsened and were diagnosed as coronavirus pneumonia. He is currently in critical condition.

Wuhan says it will add 3,400 more beds to hospitals which are equipped to treat the virus, bringing the overall number to 5,400, indicating authorities expect the scale of the outbreak to grow. Caixin, an independent Chinese-language outlet, quoted doctors in Wuhan saying they expected the outbreak to eventually infect as many as 6,000 people, though they did not give a timeline. SARS, which also belongs to the coronavirus family, infected more than 8,000 from 2002 to 2003.

Hospitals are struggling to find enough doctors to treat the growing numbers of patients. An account of a 23-year-old man treated for the virus and eventually released last week described how his doctors had been transferred from other institutions within Wuhan and even from as far away as Beijing. As the crisis worsened, they worked sixteen hours a day, “from dawn to dusk.”

Los Angeles Authorities Sue A Company For The Coronavirus-Related Fraud

Biden Outlines Plan To Reopen Economy, Including Testing Every Worker

The Science of Biding Farewell to Santa

Organic Apples Have Method More Beneficial Germs Than Traditional Ones

IoT 101: Your Necessary Guide to the Web of Things