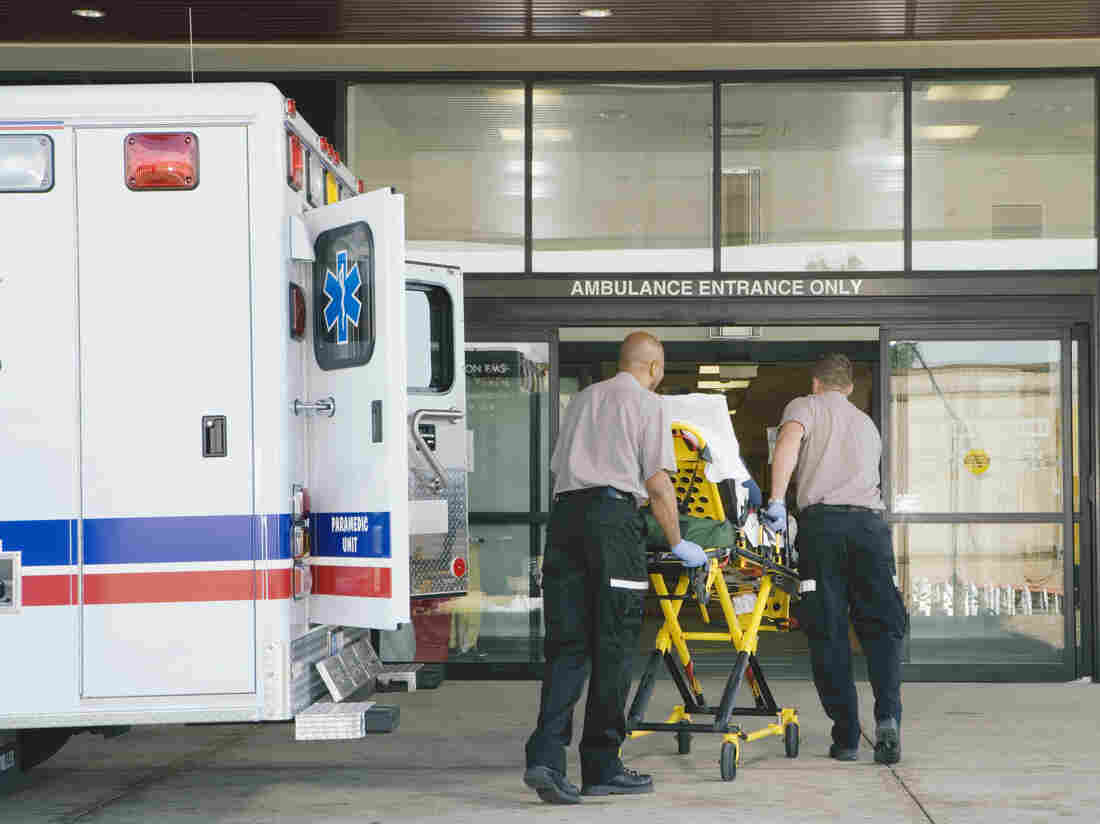 Consumers often get hit with large surprise medical bills after an emergency and in other situations when they’re seen by out-of-network providers. A bipartisan push to curtail the practice is making its way through Congress. 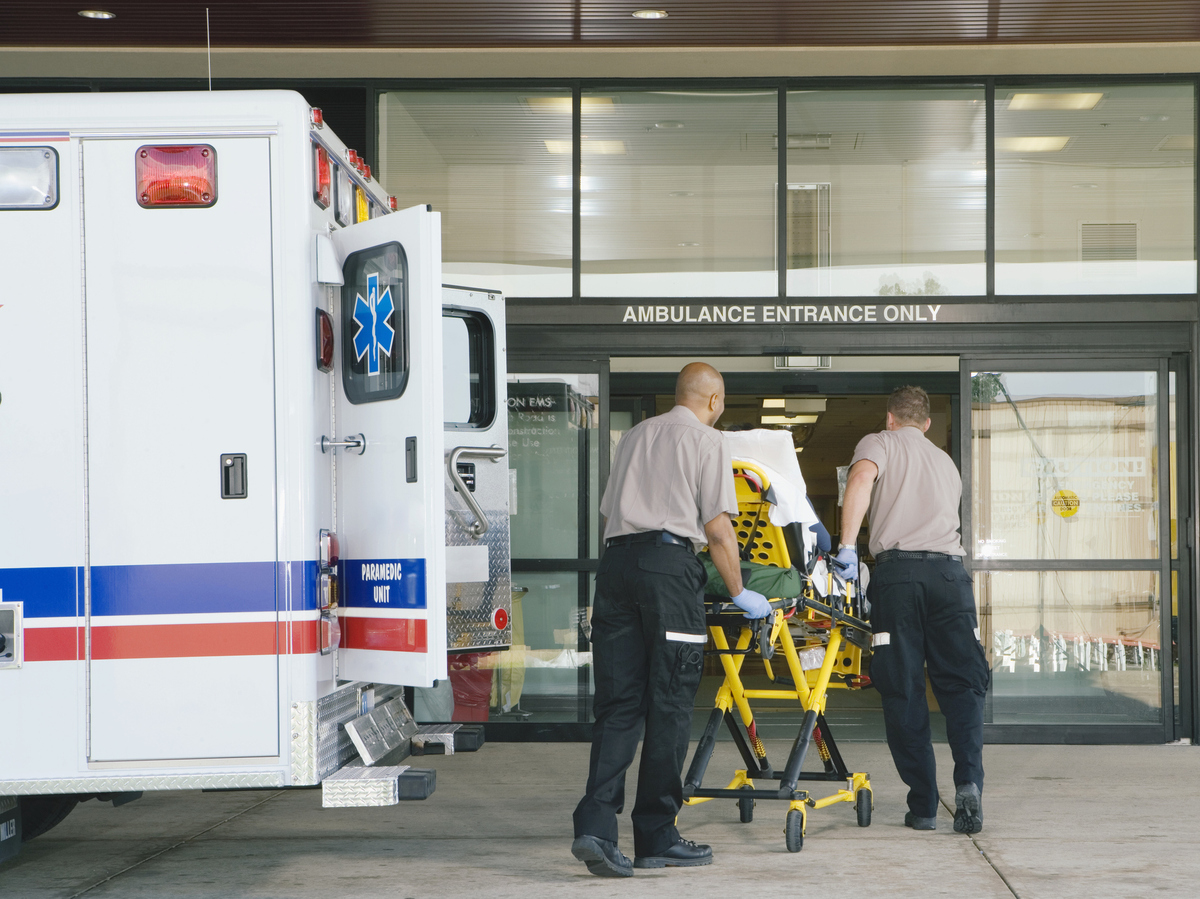 Consumers often get hit with large surprise medical bills after an emergency and in other situations when they’re seen by out-of-network providers. A bipartisan push to curtail the practice is making its way through Congress.

After months of hearings and negotiations, millions of dollars in attack ads, full-court-press lobbying efforts and countless rounds of negotiations, Congress appears to be moving toward a solution to the nation’s surprise medical bill problem. Sort of.

Surprise bills, the often-exorbitant medical bills that come when patients don’t realize they’ve been seen by a provider outside their insurance network, have in recent months been viewed as public enemy No. 1 on Capitol Hill.

Two committees, the Senate Health, Education, Labor and Pensions Committee and the House Energy and Commerce Committee, have been working on plans and announced a compromise Dec. 8. Later that week, the House Ways and Means Committee followed suit by announcing its solution, though details are few.

It’s been a heavy lift for lawmakers in both parties who are trying to balance the competing needs of powerful stakeholders, factions within their ranks and consumers stuck with high bills. With an election year fast approaching and polls consistently showing health care costs a high priority for voters, the push for action has intensified.

Time is not of the essence

Despite the rushed way some committee members announced the agreement Dec. 8 — issuing a press release on a Sunday before any official bill text was released — it’s now looking unlikely that Congress will consider the package before it wraps up work for the year.

HELP Committee Chairman Sen. Lamar Alexander, R-Tenn., signaled as much in a Dec. 16 press release in which he promised to do everything he could to keep the surprise medical bill issue at the top of the congressional to-do list for 2020.

“The only people who don’t want this fixed are the people who benefit from these excessive fees,” he said.

Still, the recent signs of progress are significant, even if final passage happens next year, says Loren Adler, the associate director of USC-Brookings Schaeffer Initiative for Health Policy, a research group.

Even if Congress punts it to February or March, “there’s a decent shot of getting it done,” Adler says. “It would be pretty darn embarrassing if Congress doesn’t pass it after talking about it this long and it being such an egregious problem.”

It includes Senate protections against surprise bills from air ambulances and adopts most of the House’s approach to hospital bills, down to preserving the House’s title for that section.

“A sign of a compromise is that nobody particularly loves it,” Adler says.

Over the past few months, the biggest debate around remedies for surprise bills has centered on how to determine payment for out-of-network doctors and hospitals. One group wanted an arbitration process while the other sought a benchmark system. It seems neither side will get exactly what it was seeking.

Under benchmarking, the government would set a compensation rate for providers when they see out-of-network patients. The most popular proposition was one that paid a “median in-network” rate, where doctors are paid in the middle of the range of what others in the area are paid by insurance companies for the same service.

The other idea was independent dispute resolution, or arbitration. The provider and insurer bring their best offer to a third party, who chooses between the two.

The compromise approach tracks closely with legislation advanced by the House Energy and Commerce Committee: a median in-network benchmark with an arbitration “safety valve” where either side can bring a bill to arbitration if it’s more than $750. Previous versions allowed arbitration only for charges over $1,250.

“I think what we’ve seen come out recently is probably what a reasonable bettor would have predicted,” says Benedic Ippolito, a research fellow in economic policy studies at the American Enterprise Institute.

This proposal is seen as more favorable to providers than earlier HELP Committee drafts because it allows them to go to arbitration for more bills, but to these stakeholders, it’s not enough.

“Without an arbitration mechanism that applies to a legitimate number of claims, the concerns raised by the provider community will persist,” read a statement from Envision Healthcare, a physician staffing firm. A large number of surprise bills are generated by physicians employed by such staffing companies, which are often backed by private equity firms. The business model allows these doctors — often specialists including emergency medicine and radiology, among others — to set their own rates because they don’t work for the hospital.

To be fair, plenty of groups have come out in support of the compromise. A message from the Energy and Commerce Committee noted 27 patient and consumer advocate groups that signed a letter of support.

James Gelfand, a senior vice president at the ERISA Industry Committee, which represents large employers, says the compromise isn’t what his constituents would have written to solve surprise medical billing, but he thinks it’s still important to pass and that parties who keep demanding changes are just trying to stall.

“We hate arbitration, and we believe the changes made to please ‘team arbitration’ will raise costs [by] tens of billions of dollars,” Gelfand says. “But we support the bill. We want to get it across the finish line.”

The blueprint offered by the Ways and Means Committee is considered friendly to providers because it lays out a system similar to arbitration and favors a go-slow approach. A press release from panel Republicans indicated that stakeholders need to “stay at the table and debate these ideas” into the new year.

“We know that pushing legislative action into 2020 pushes the work into a difficult presidential election year and makes it harder for Congress to act. This would dramatically increase the odds that Congress will fail to enact meaningful legislation to ban surprise medical bills and fail our nation’s families,” Frederick Isasi, executive director of the advocacy group Families USA, said in a written statement.

Political muscle could also factor into the measure’s momentum.

Money from private equity has been flowing into the debate, from millions of dollars spent on commercials and online ads to campaign donations.

According to Open Secrets data, Rep. Richard Neal, D-Mass., the chairman of the Ways and Means Committee and one of the voices calling for more time on surprise billing, received $29,000 this year from Blackstone Group, the private equity firm that owns TeamHealth, a physician staffing firm. This was the first year ever that Blackstone was in Neal’s top five donors.

Sen. Bill Cassidy, R-La., has been one of the strongest proponents of arbitration on the HELP Committee. He received $68,900 from Blackstone and $66,300 from Welsh, Carson, Anderson & Stowe.

Looking to the future, many questions still need to be answered about how these proposals will shape up.

“Whether this is a good or bad solution to surprise medical billing will depend on how the arbitration system evolves over time,” Ippolito says.

Kaiser Health News is a nonprofit news service covering health issues. It is an editorially independent program of the Kaiser Family Foundation that is not affiliated with Kaiser Permanente.

“Fired for being right”: Trump admin whistleblower testifies to Congress

Your business is losing mobile consumers– here are 3 methods to enhance mobile experiences...

Navy SEALs are checking out the keto diet plan to be a lot more...

Dissatisfied backers who raised more than $3 million to money a buzzy coffee start-up...