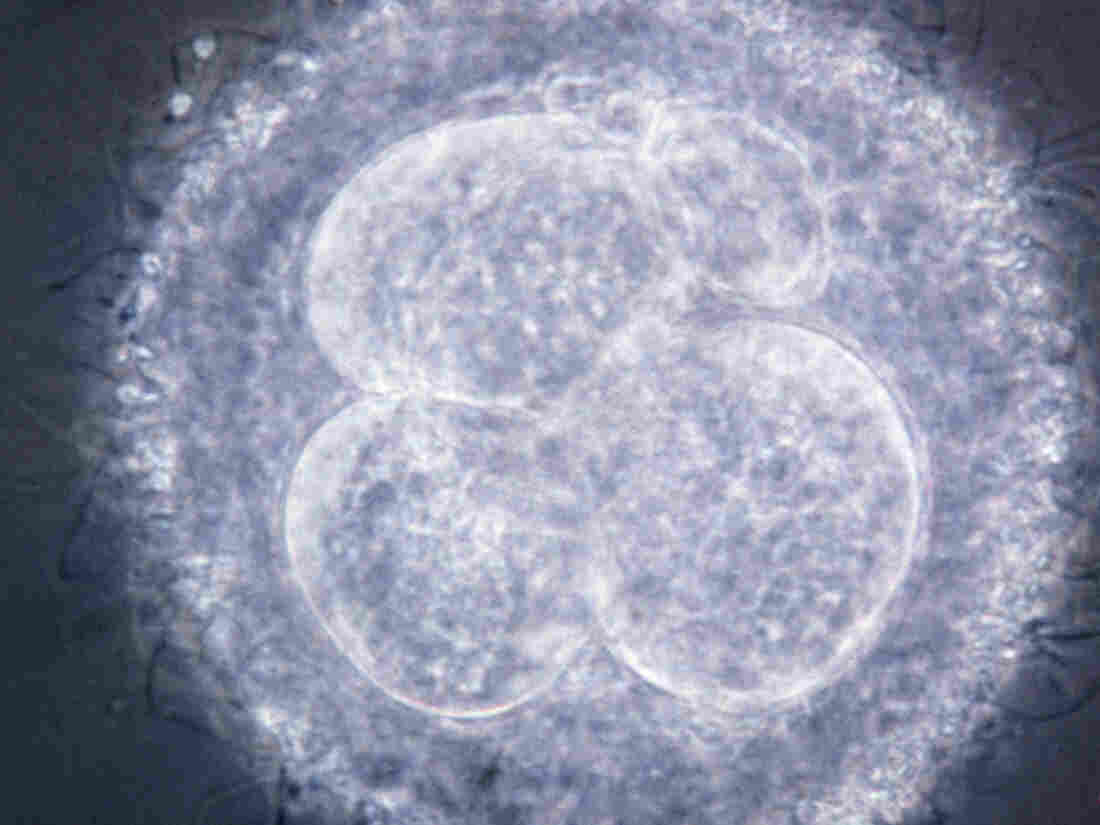 A light micrograph of a primitive human embryo, composed of four cells, following the initial mitotic divisions that ultimately transform a single-cell organism into one composed of millions of cells. 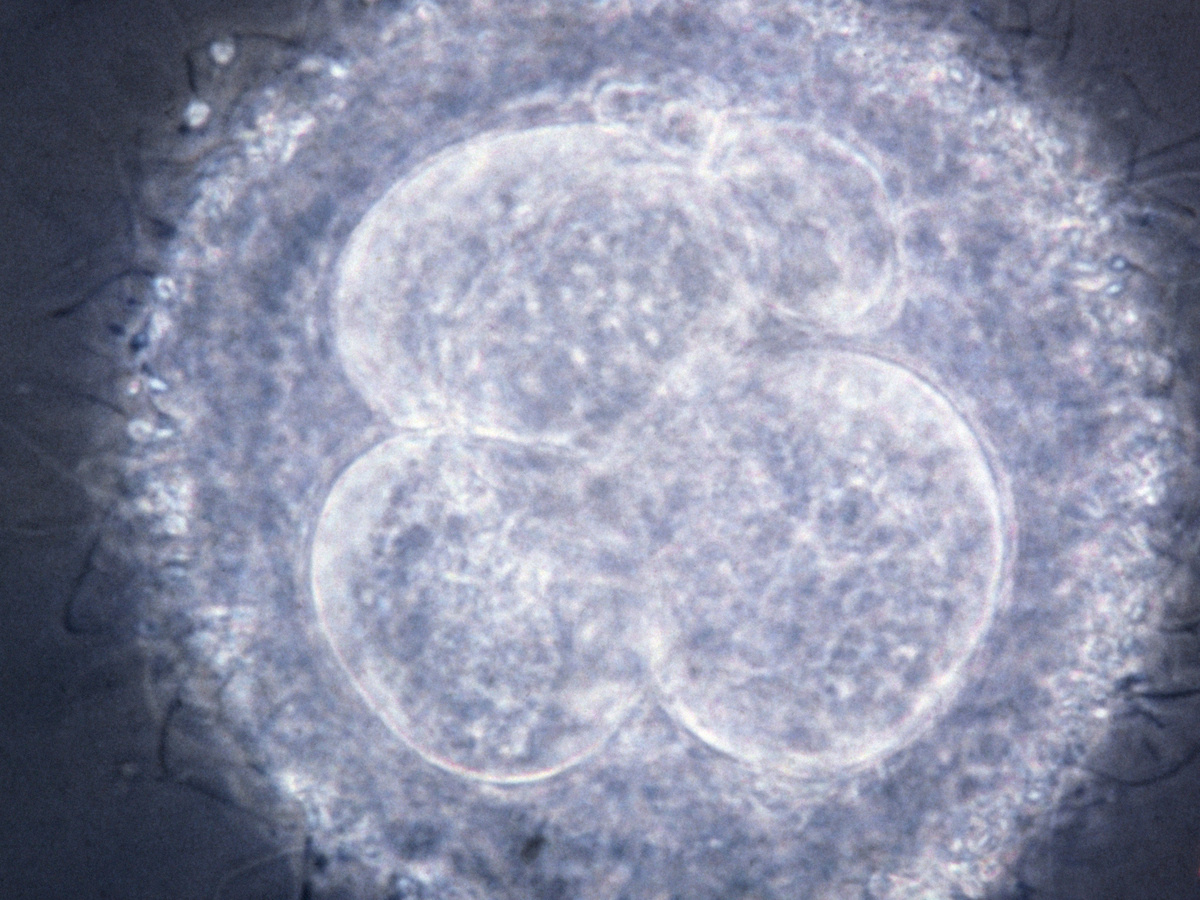 A light micrograph of a primitive human embryo, composed of four cells, following the initial mitotic divisions that ultimately transform a single-cell organism into one composed of millions of cells.

Researchers have conducted a controversial study that involved paying dozens of young women at a hospital near Puerto Vallarta, Mexico, to get artificially inseminated so their embryos could be flushed out of their bodies and analyzed for research purposes.

The research, published online in the journal Human Reproduction, suggests the approach could offer couples a simpler, less expensive way for some couples to have healthy children than is currently available via IVF, the scientists and others say.

“We have now a method that can produce embryos that are of good quality or better than in vitro fertilization,” says Santiago Munne, a reproductive geneticist who led the study when he worked at CooperGenomics in Livingston, N.J. Munne now works at Overture Life, a Madrid-based company that makes infertility treatment equipment.

But others denounce the research as unethical.

“What this essentially does is use a woman’s body as a petri dish,” says Laurie Zoloth, a bioethicist at the University of Chicago. “And there’s something about that that seems so profoundly disturbing.”

The women received hormone injections to stimulate their ovaries to produce eggs, which is a standard way to obtain donor eggs that are to be used for women experiencing infertility problems.

But instead of having eggs extracted via a needle from their ovaries and fertilized in the lab — a standard procedure during IVF — the women in the study were inseminated by sperm. Four to six days later, the women underwent a procedure known as “lavage,” which involved using a specialized device to flush out any resulting embryos from the womb.

The researchers then analyzed the embryos, comparing them to embryos produced by 20 of the women who also underwent standard IVF.

The women were paid about $1,400, the equivalent of more than two month’s average wages in the area, raising questions about what motivated them to volunteer, Zoloth says.

The women also had to get injections of powerful hormones to stimulate their ovaries, which can pose some risk. In addition, some women underwent surgical or chemical abortions afterward, when tests indicated some of the embryos might not have been successfully removed.

“I think this research was unethical,” Zoloth says.

Munne defends the research, noting that it was reviewed extensively and approved by the Ministry of Health of the State of Nayarit, in Mexico, and the Western Institutional Review Board in the United States. The women were fully informed of any potential risks, Munne says.

The primary purpose of the study was to try to find a way to help couples who carry the gene for certain inherited diseases, such as beta thalassemia or cystic fibrosis, have healthy babies, Munne says. Currently, the reason such couples create embryos through standard IVF is so the embryos can be tested in the lab, and only those found to be healthy need be implanted, Munne says.

“For couples that have genetic abnormalities and are at risk of transmitting them …. by selecting the embryos that are not affected, they can have a normal baby,” he says.

So Munne and his colleagues decided to see if he could do the same thing without IVF, which requires a painful extraction of eggs, and expensive laboratory procedures. The study involved 81 women who were recruited at the Punta Mita Hospital in Punta de Mita, Mexico.

“This is the first time that human embryos conceived naturally have been analyzed genetically to see if they are normal or not,” Munne says.

“The advantage is that these embryos are conceived naturally — so you don’t need in vitro fertilization to do the genetic testing of the embryos. In theory,” Munne says, “it should be much cheaper.”

In addition to helping couples avoid transmitting a genetic disease to their children, he says, the approach could offer an alternative way for lesbian couples to share the experience of having a baby.

Several researchers told NPR the research could be valuable.

“This is a really well done study,” says Catherine Racowsky, an embryologist and professor of obstetrics and gynecology at the Harvard Medical School. She is also president of the American Society for Reproductive Medicine.

“We may actually have here a technology that in the future may be very helpful for couples trying to complete their families at a lower cost, which is important,” Racowsky says.

But others agree with Zoloth that the study raises serious ethical issues.

“Yes, it is quite a series of things that do raise your eyebrows,” says C.B. Lambalk, the editor-in-chief of Human Reproduction.

Lambalk says the journal only decided to publish the study after verifying that the research had been thoroughly reviewed, and published it along with an editorial and a commentary exploring the ethical concerns.

“We could have made ourselves a very easy out — by just saying: ‘No, no, we don’t want this,’ ” Lambalk says. “But we decided to go the hard way and publish it.” The findings could be useful, he believes, and the journal wanted to draw attention to the ethical issues the study raises.

Galia Oron, an infertility expert at the Rabin Medical Center in Israel, who wrote the accompanying commentary as an associate editor at the journal, believes the study was ethically questionable.

“Everything was technically kosher,” Oron says. “But, I’m afraid to say, maybe kosher but smelly.”

For his part, Munne says the process the women in the study went through is essentially the same as what women routinely go through in the United States when they donate eggs to help infertile women. Eggs donors in the U.S. are also routinely paid.

“There is no difference between an egg donation cycle and what we did here,” Munne says.

Embryos produced in the study already have been used to create at least five pregnancies and three healthy babies.

The remaining embryos have been frozen for use by other couples experiencing infertility problems, according to John Buster, another member of the research team.

When building an embryo, timing is everything

One Emergency After Another: Wisconsin Governor And Legislators Battle Over COVID-19

Hackers are exploiting a server vulnerability with a severity of 9.8 out of 10