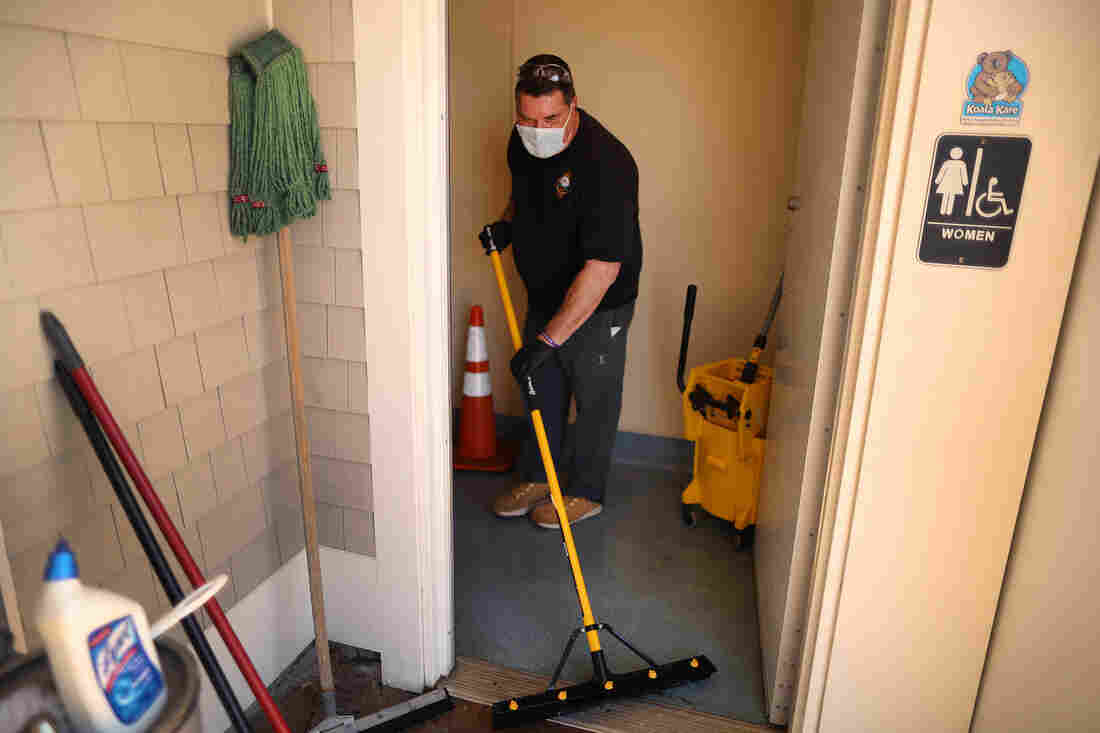 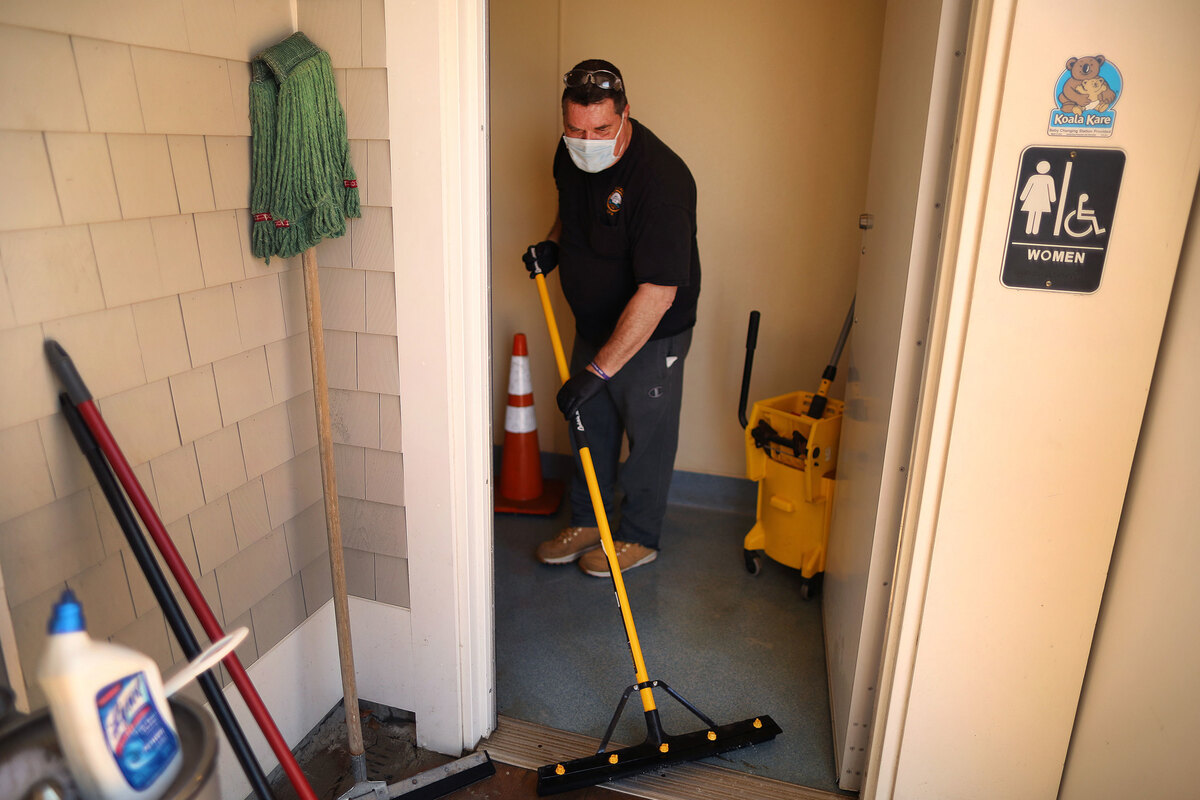 While toilet paper has been an issue since the start of the pandemic, now toilets themselves are the concern. As stay-at-home restrictions are lifting, many are feeling a long pent-up urge to go out; what’s stopping them is concern about their urge to go while they’re out.

As in, use the bathroom.

Loath to risk the germs in a public restroom, if they can even find one that’s open, many are limiting their outings while others are getting creative.

Shu Santani, a pediatric cardiologist in Vancouver, never used to think twice before going for his usual two- to three-hour run. Now, everytime he heads out, he becomes kind of obsessed.

Recently, his worst fears came to be. He really did have to go. His route took him by countless businesses that were closed, before he finally found a car mechanic’s shop that was open. But they wouldn’t let him in.

“The panic grows as the third and fourth options exhaust themselves,” he said.

He was considering just going outside, then thought better of it.

“I can’t imagine it would be popular if someone saw me leaving my presumed viral sheddings somewhere in their petunias,” he said with a laugh. So he changed his route and finally found a hospital that did let him in.

It was a relief to him. But for many people, the prospect of using a public restroom is hardly comforting.

Among those who cringe at the idea is Cheryl Bowlan, 69, who is moving from California to Portland, Oregon, and will be driving the 12 hours with her husband. With all the planning and packing, she only recently realized she would have to use the public rest stops along the freeway. It left her just a little panicked.

“I woke up early one morning and all of a sudden, ding, it occurred to me. Ick! Nasty!!” she recalled. “There are hundreds of people going through there every day, and I didn’t want to do that.”

Just the fact that bathrooms tend to be highly trafficked and too cramped for social distancing makes them risky, he said. But on top of that, poor hand washing leaves door knobs, faucets and other surfaces contaminated. And flushing the toilet can create a plume of vaporized germs up to six feet high, he said. While it’s not yet proven the coronavirus can spread that way, it is known that other viruses can.

“It really is a nightmare,” said Poland. With all that going on, he said, “you have a bio weapons factory in [there.]”

Some businesses are trying to adapt, by installing touch-free doors, faucets and hand dryers, for example. Or they’re switching to touch-free paper towel dispensers, to avoid the possibility of hand dryers blowing coronavirus through the air — another potential, though not yet proven, risk.

Businesses are also cleaning and disinfecting more frequently and requiring face masks to enter. Some are even hiring bathroom monitors to control crowds and enforce distancing.

Steven Soifer, president of the American Restroom Association, which advocates for clean and safe public bathrooms, said many businesses are also installing dividers between urinals or closing down every other one.

Soifer hopes the heightened awareness brought by COVID-19 will prompt what he sees as a long overdue overhaul of public restrooms. “We’re advocating for more revolutionary toilet design with the single stall, fully enclosed water closets with toilet seats covers” that are typical in Europe, he said. “That would address many of the issues.”

But that would take more money than many businesses would want to invest, and more time than many people can wait, including Cheryl Bowlan.

“It suddenly popped into my mind that I’ll just do it in the car,” she said.

Bowlan is one of a growing number of women who have bought a portable urinal called the “Feminal.” It’s an ergonomically correct canister with a screw cap, designed by urology nurse Linda Asta. Once a niche product for outdoorsy types or bedridden patients, it’s now a mass-market, high-demand item.

“All of a sudden sales have actually quadrupled in a month and a half,” Asta said.

There are also a slew of other urinals and portable potties for men and women on the market too, as well as feminine funnels, including the Go Girl and the She Wee. Adyn Sonju, a partner at The Tinkle Belle, said her product allows women to “go wherever the men go” and has what she described as a built-in squeegee feature that eliminates the need for toilet paper.

“It’s freeing to be able to go anywhere and know that you can just go when you need to go,” Sonju said. “You just carry it with you like a portable restroom.”

The Sani-Girl is a disposable option whose year-over-year sales sales are on track to triple this spring, according to founder Susan Thompson. She thinks the product will not only “change women’s lives as they venture back out and start to get their lives back,” but may well change bathroom behavior forever, given the public’s newly heightened awareness of germs and the “shock” of the pandemic. She adds that some customers even use it in public restrooms so they don’t have to sit or touch as many surfaces.

The portable products do carry their own risks if you don’t hold them in place just right, so most manufacturers recommend practicing at home. You don’t want your first try to be on the road, or after a few drinks during a night out. But after a few (hopefully) dry runs at home, they say going on-the-go will be the safer way to go.

Slack’s $17 billion direct listing might be the IPO game-changer Silicon Valley has actually...

This Is How Santa Claus Can Ship Presents To The Whole World In One...

The last days of Homo erectus

The Significance Of Foresight: Why Instinct And Creativeness Will Be Essential In The Future...

iFixit take apart the latest Fairphone– how repairable is it?