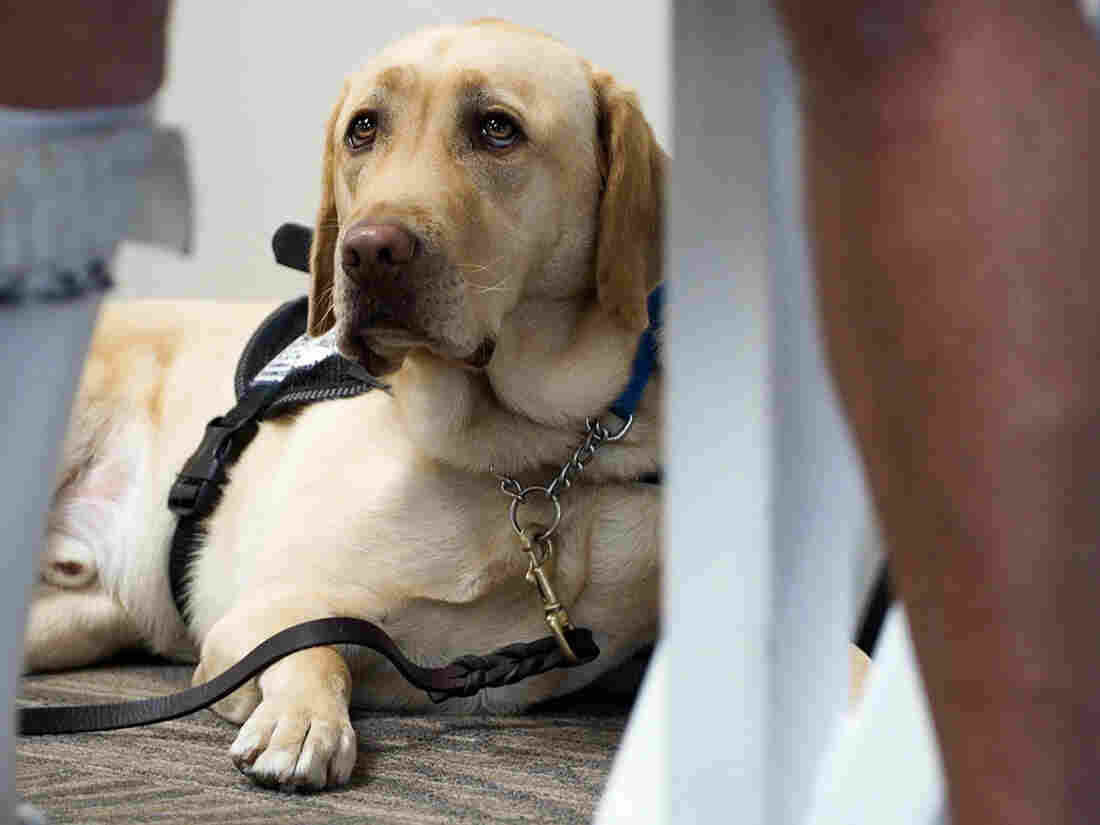 The number of pets on planes have become a hot-button issue of late as emotional support animals have become more prominent than ever. 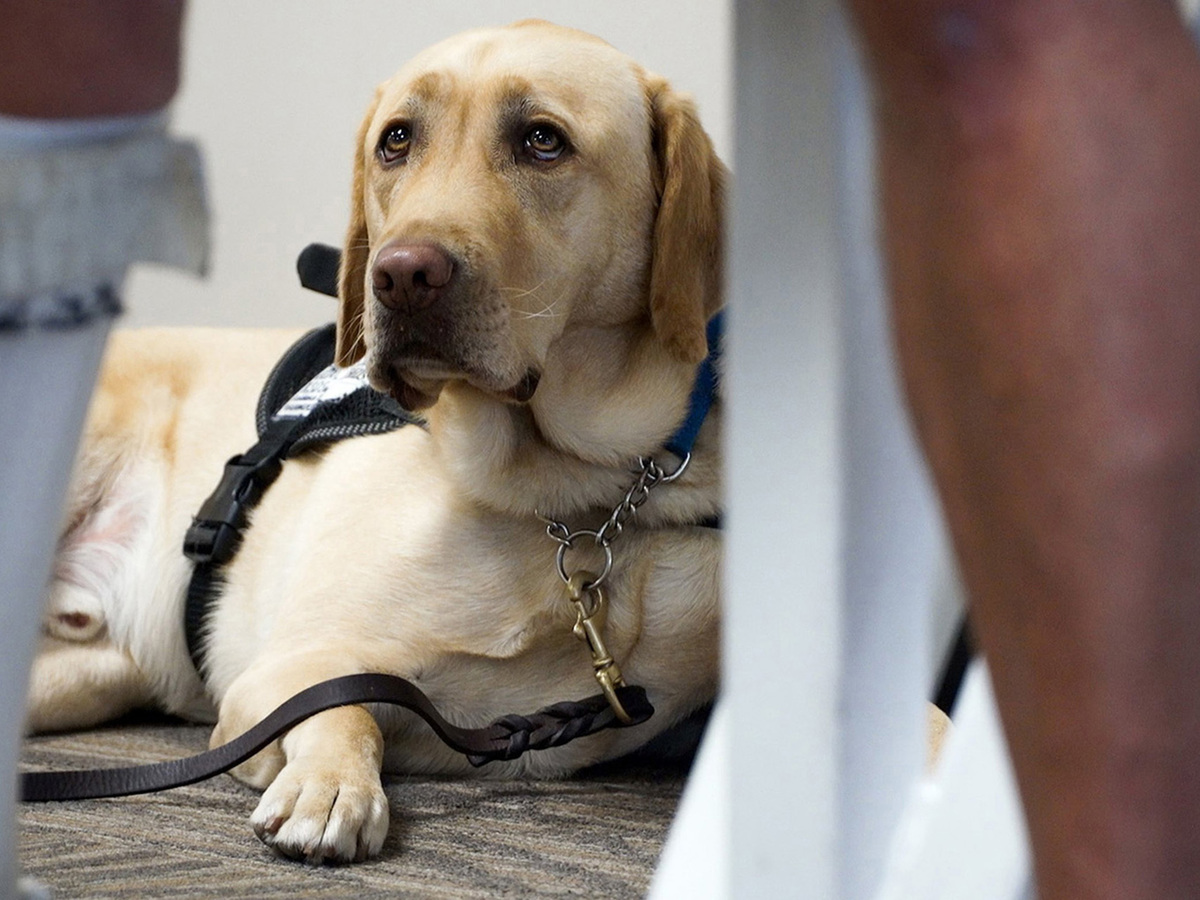 The number of pets on planes have become a hot-button issue of late as emotional support animals have become more prominent than ever.

The U.S. Department of Transportation is considering tightening the rules for taking service animals on planes after rising customer complaints and lobbying from the airlines who think current regulations are too lenient.

The Department of Transportation would no longer require airlines to consider emotional support animals to be service animals, as they have in the past. It also would requires additional paperwork for service dogs, which some disability advocates find troubling.

In recent years, a spate of incidents in which people attempted to fly with exotic animals such as a squirrel or a peacock for emotional support have raised questions about whether the regulations are too permissive and prone to easy abuse.

Taylor Garland, a spokesperson for the Association of Flight Attendants-CWA, says they’ve seen an exponential increase in emotional support animals in the last five years. The union believes people who don’t actually need their animal for emotional support to travel sometimes abuse the system.

“What it’s caused is a number of safety, health and security issues on board our aircraft, which has led to minor things like animals loose in the cabin to very serious safety issues where untrained animals have attacked flight attendants or other passengers or other legitimate service dogs,” she said.

The department said in a statement that it “wants to ensure that individuals with disabilities can continue using their service animals while also reducing the likelihood that passengers wishing to travel with their pets on aircraft will be able to falsely claim their pets are service animals.”

Under the new rules, service animals would have a stricter definition: “a dog that is individually trained to do work or to perform tasks for the benefit of a person with a disability.” Dogs providing psychiatric support to an individual would need to be specially trained, as other service animals are.

Jennifer Mathis, the Director of Policy and Legal Advocacy at The Bazelon Center For Mental Health Law, applauded the inclusion of service dogs helping people with psychiatric disabilities. “If you use a service animal, service animals should be treated the same whatever type of disability you have.”

But she finds the definition of service animal too narrow. “There are many legitimate reasons why people may use an assistance animal … that accommodates a disability, a real disability and accommodates that disability in a very, very real and important way, even though it’s not specifically trained to do a task,” she says.

The proposed change would allow airlines to require a wide range of forms from passengers with service animals. For example, the passenger would have to attest that the animal is in good health and has good behavior and training. They’d also need to fill out a form saying the animal can avoid relieving itself during the flight, or do so in a way that is sanitary.

The sheer amount of paperwork is troubling to Mathis, who says it could be a barrier to people getting on a plane with their service animal. “While [the documents] may seem reasonable on their face, I think that, you know, the cumulative effect of making people a test to all these things is likely to scare some people off.”

The changes were prompted by an increase in complaints about animals. For example, according to the text of the proposal, U.S. and foreign airlines received 3,065 service animal complaints from passengers in 2018, compared to 719 in 2013.

“Passengers have attempted to fly with many different unusual species of animals, such as a peacock, ducks, turkeys, pigs, iguanas, and various other types of animals as emotional support or service animals, causing confusion for airline employees and additional scrutiny for service animal users,” the proposal reads.

The public now has two months to comment on the changes.

In recent years, some individual airlines have changed their policies on emotional support animals. A group of disability advocacy organizations have recently pushed the Department of Transportation to “stop the proliferation of a patchwork of service animal access requirements in airlines’ service animal policies,” according to the department.

United Airlines changed its policies on emotional support animals in 2018 due to “a significant increase in onboard incidents involving these animals.” The customers needed to confirm that the animal has been “trained to behave properly in a public setting” and provide a letter from a veterinarian about the animal’s health.

Federal Government To Invest Over $2 Billion Into Coronavirus Vaccine Development

‘Morning Star’ Venus Meets An Old Moon And A Beehive: What To Watch For...

Are You Ready For North America’s ‘Triple Eclipse?’ Countdown Begins To 3 Solar Eclipses...