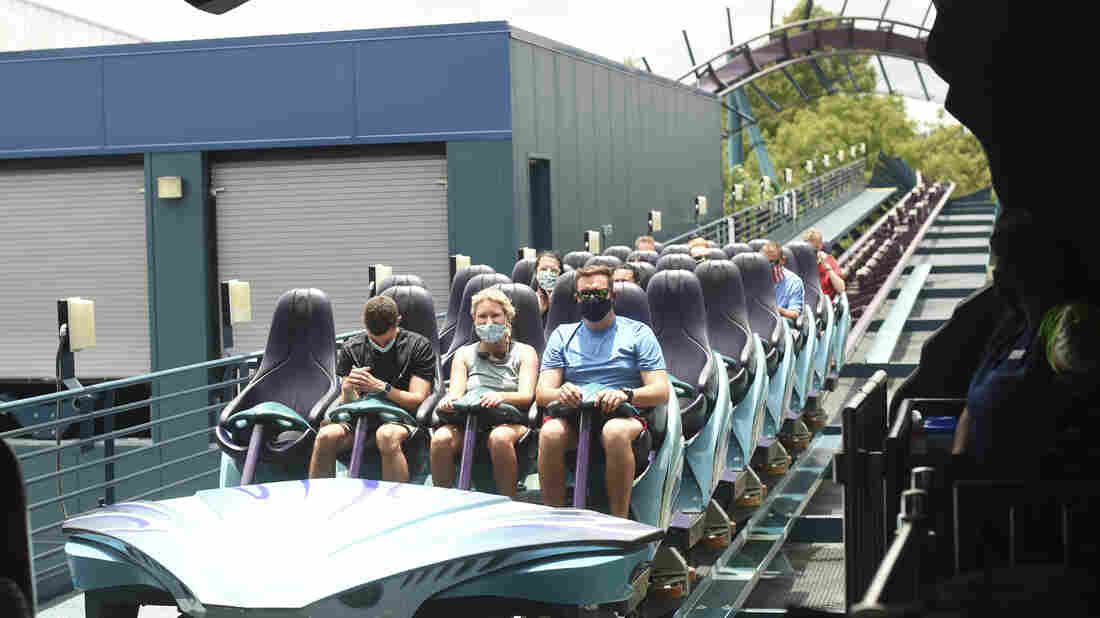 Visitors wear face masks while riding a roller coaster Thursday at the SeaWorld amusement park in Orlando, Fla. SeaWorld is reopening this week after being closed due to the COVID-19 pandemic. Florida and more than 20 other states continue to see a rise in new daily cases. 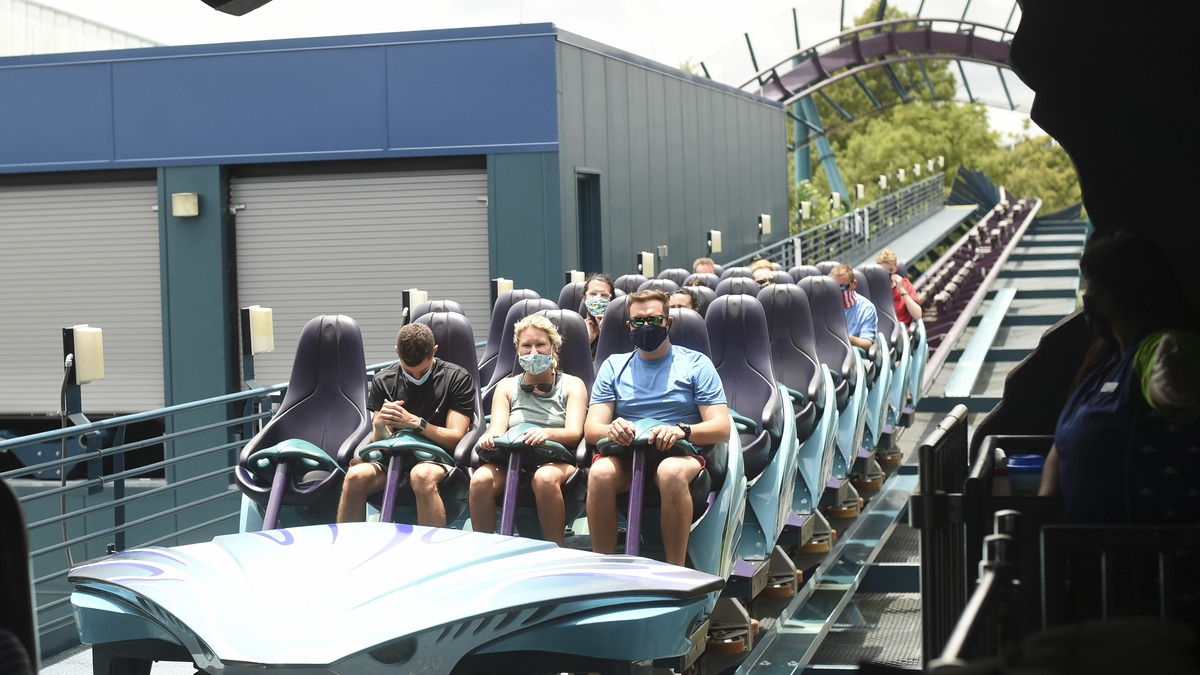 Visitors wear face masks while riding a roller coaster Thursday at the SeaWorld amusement park in Orlando, Fla. SeaWorld is reopening this week after being closed due to the COVID-19 pandemic. Florida and more than 20 other states continue to see a rise in new daily cases.

A record high in South Carolina. A two-month high in Florida. Record hospitalizations in Texas. Several states that were among the first to reopen their economies are now reporting spikes in new coronavirus cases, driving an alarming trend that has propelled the U.S. to 2 million cases.

But some public health experts said the current rise in cases in many U.S. states is the result of community transmission, not a boost in testing. As he discussed Florida’s numbers, DeSantis added, “We also do have … outbreaks in agricultural communities,” saying the coronavirus has spread rapidly in some rural areas.

Similar scenarios are playing out in at least 25 U.S. states and territories, with new cases and/or hospitalization rates spurring fears that many parts of the country are still yet to reach their peak.

Arizona reported 1,412 new coronavirus cases Thursday — far above its recent average of 1,071, which was already a 200% change from two weeks ago. Nearly 80% of the state’s intensive care unit beds are in use. On April 11, the state’s ICU bed occupancy rate was at 66%.

Texas has seen more people in the hospital due to COVID-19 this week than it has at any time during the pandemic. The figure fell to 2,008 on Thursday after soaring past the 2,000 mark for the first time earlier this week.

South Carolina allowed beaches and some businesses to reopen in late April. Restaurants were able to serve patrons in their dining rooms (at limited capacities) as of May 11.

“We began to see the first increasing trends several days after the Memorial Day weekend,” said Dr. Linda Bell, the state epidemiologist, adding that incubation times and delays in testing would account for why those cases are turning up now.

“It’s not unexpected,” Bell added. “We saw lots of activity with large gatherings, no social distancing, very rare use of masks. So these findings are not unexpected.”

About 73% of South Carolina’s hospital beds were occupied as of Thursday morning, the state said — but it added that of the roughly 7,600 beds in total, 494 are “occupied by patients who have either tested positive or are under investigation for COVID-19.”

Concerns about the negative trends in the fight against the coronavirus contributed to a devastating day for stock prices, with the Dow Jones Industrial Average experiencing “one of the worst one-day drops in history,” as NPR’s Jim Zarroli reported.

Seniors In Florida Camp Overnight To Get Vaccine

U.N. Report: In The Age Of Humans, ‘The Dominant Risk To Our Survival Is Ourselves’

Coronavirus lockdowns: Who they affect and what you need to know about them