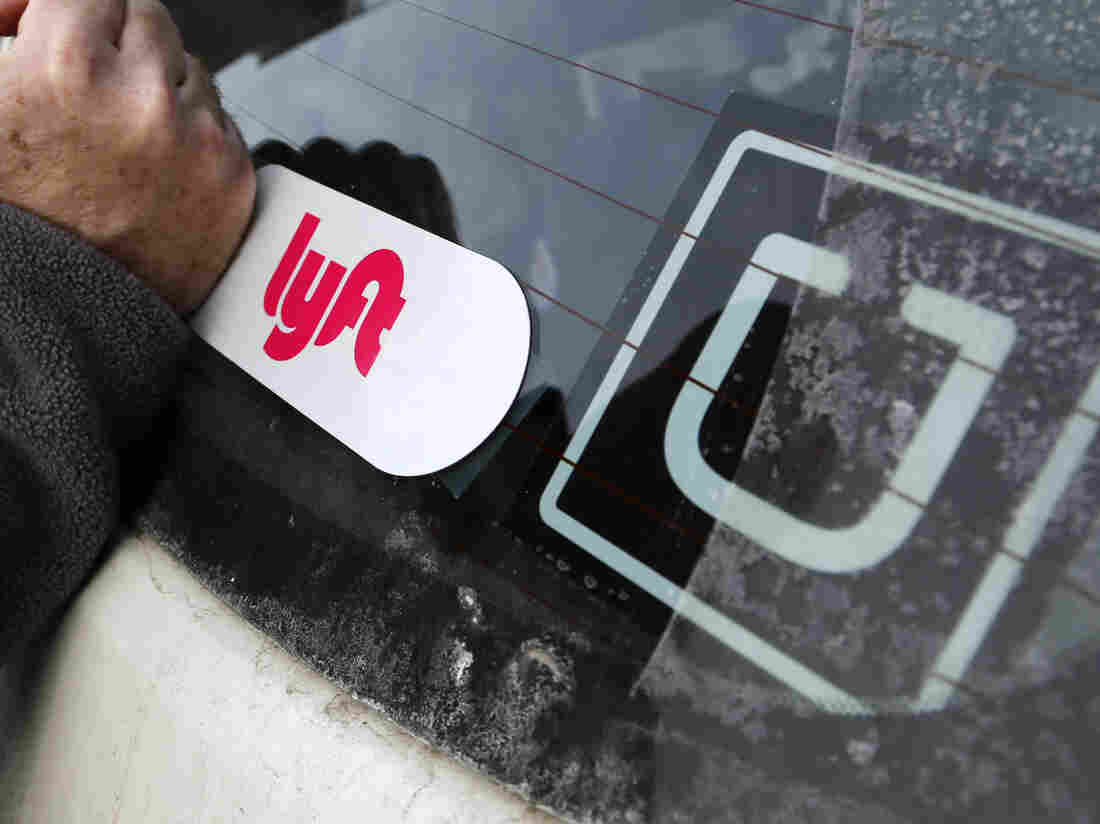 Gig companies have started offering benefits like paid sick leave now that workers are on the front lines of the coronavirus pandemic, and some are getting sick. 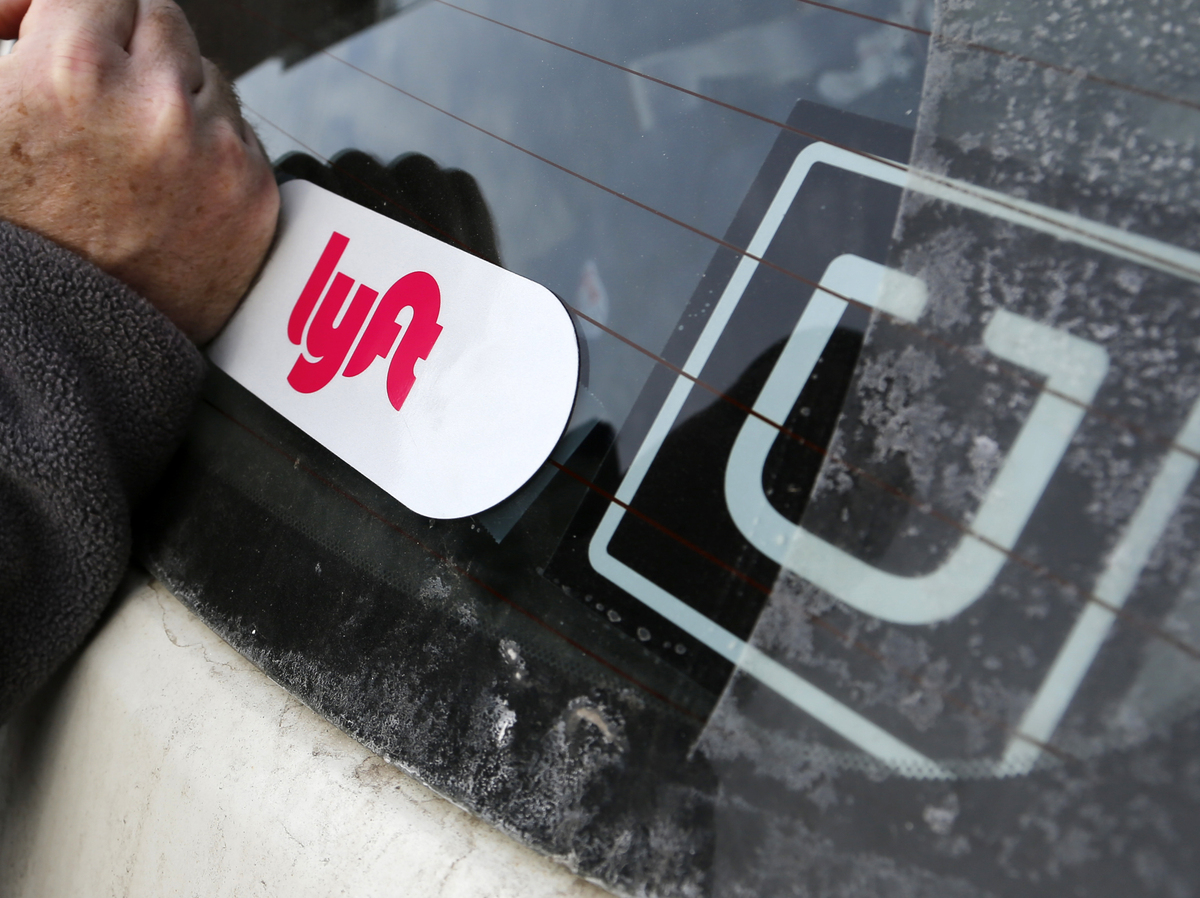 Gig companies have started offering benefits like paid sick leave now that workers are on the front lines of the coronavirus pandemic, and some are getting sick.

April McGhee and her teenage daughter started feeling sick last month. They had coughs, sore throats and fevers. Her daughter’s condition became so bad that they went to the emergency room.

“She had it worse than I did,” McGhee said. “Her cough lasted longer. It was really a concern. … It was like a dry, nonproductive, hacking cough.”

McGhee, who lives in Sacramento, wanted both of them to get tested for the coronavirus. But the hospital told her they weren’t sick enough to qualify for testing under California’s rules. So, they went home and into isolation.

A single mom, McGhee makes ends meet by delivering groceries for Instacart and meals for Postmates. She contacted Instacart to apply for sick pay under a policy the company recently put in place because of the pandemic.

“They basically laughed me off,” McGhee said. “They said, ‘Unless you have the health department or [Centers for Disease Control and Prevention] making you stay home on quarantine, or a note from the doctor saying that you’ve been diagnosed with COVID-19, you’re out of luck.'”

Gig companies like Instacart, Uber and Lyft connect people who need tasks done with workers willing to do them. But the companies consider these workers independent contractors, not employees. The firms generally do not provide paid sick leave or other employee benefits.

Now, however, that’s changing. The nature of the work that Instacart shoppers, Uber and Lyft drivers and other gig workers do puts them in close contact with strangers. They are, in essence, on the front lines of the coronavirus pandemic, and some of them are getting sick.

McGhee joined other Instacart workers who walked off the job Monday to demand better safety measures. She says the company’s policy not only puts her at risk, it encourages people who are sick to keep working and, potentially, spread the disease.

She said the company should keep its workers healthy “as a buffer zone instead of as a Typhoid Mary.”

Instacart has since announced it plans to distribute supplies, including masks, hand sanitizer and thermometers, to workers beginning this week.

Workers for other gig companies are also running into hurdles getting the help they’ve been promised.

After Uber and Lyft driver Khadim Diop fell ill with a fever and sore throat, he got a letter from New York City’s health department saying he must stay home for 14 days.

He showed the letter to both companies to receive sick pay. He hoped it would cover the loss of the roughly $1,000 to $1,500 he says he typically makes per week. He got $250 from Lyft.

Uber initially rejected his claim, saying he did not qualify for the company’s financial assistance program. Uber said it has paid more than 1,400 claims to U.S. drivers in less than three weeks.

But after NPR contacted Uber, the company reversed its decision regarding Diop. It said his claim should not have been rejected. He has now received about $1,700 from Uber to cover the two weeks of work he’s missed.

Uber does not require drivers to get tested for the coronavirus to get paid leave. They can show a doctor’s note telling them to isolate themselves to prevent the virus from spreading.

But Uber’s policy does not cover drivers who choose not to work because they’re afraid of getting sick.

“I have bad lungs already. I’m borderline diabetic. I have high blood pressure,” said Steve Gregg, an Uber driver in the Bay Area who stopped driving about three weeks ago. “Getting in that car felt like Russian roulette.”

Gregg got a note from his doctor explaining his preexisting conditions, but Uber denied his claim.

Gregg is now looking elsewhere for help. He’s applied for unemployment benefits, which are now available to gig workers under a law Congress passed last month. There are concerns, however, that states cannot process those claims quickly. U.S. Sen. Mark Warner, D-Va., has called on on the U.S. Labor Department to issue detailed guidance as quickly as possible.

Editor’s note: Lyft and Uber are among NPR’s sponsors.

Many Say OSHA Not Protecting Workers During COVID-19 Pandemic

Thousands Of Workers Say Their Jobs Are Unsafe As Economy Reopens

What Percentage Of Workers Can Realistically Work From Home? New Data From Norway Offer Clues

The Number Of Brand-new Mammals Are Found Every Year?

Scientists develop wearable tech that can hide from thermal sensors