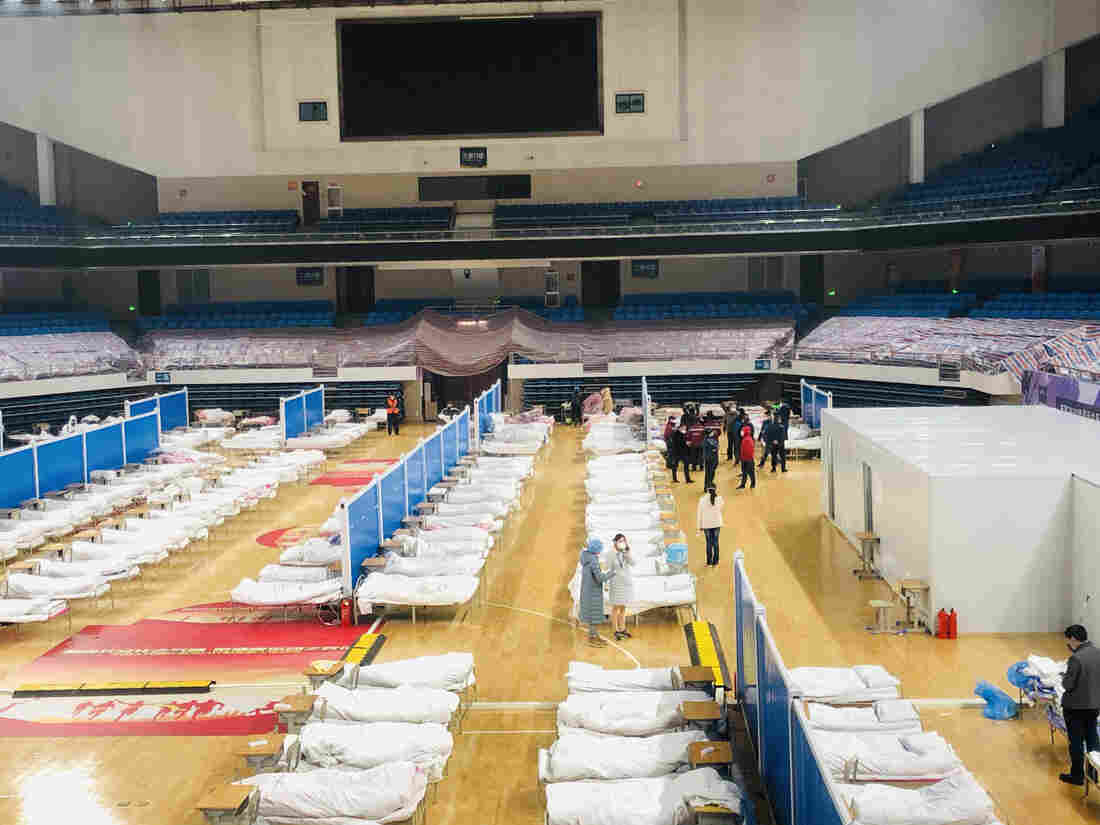 An interior view of the Hongshan Gymnasium, a venue converted into a makeshift hospital to receive patients infected with the novel coronavirus (2019-nCoV) in Wuhan, China, on Wednesday. 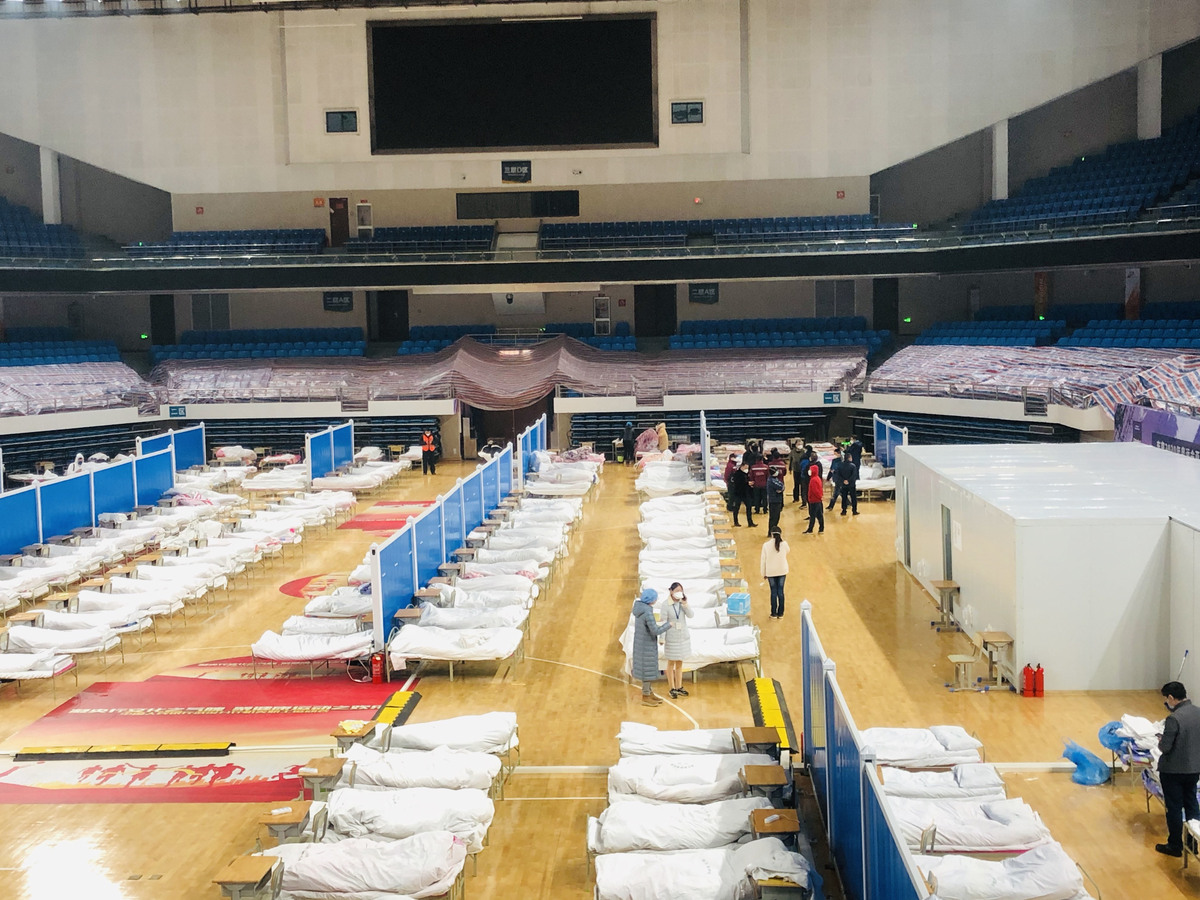 An interior view of the Hongshan Gymnasium, a venue converted into a makeshift hospital to receive patients infected with the novel coronavirus (2019-nCoV) in Wuhan, China, on Wednesday.

As the number of coronavirus cases in China jumped dramatically once again on Thursday — to more than 28,000 — other countries where the new strain of viral pneumonia has spread are stepping up efforts to limit the epidemic.

Health authorities in China on Thursday reported 28,060 confirmed cases there, with 564 people having died from the virus, officially known as 2019-nCoV, that was first identified in December. Nearly 200 other cases have appeared outside of China and Hong Kong, with one additional death, in the Philippines.

In Hong Kong, authorities said that beginning this weekend they would mandate that anyone entering the city from mainland China “self-quarantine” for the 14-day incubation period of the virus. The decision is part of an effort to quell public fears of the virus’ spread in the semi-autonomous territory, which has seen at least 18 confirmed cases, according to the World Health Organization.

Hong Kong’s medical staff went on strike starting Monday, calling for the city’s chief executive, Carrie Lam, to completely cut off movement with mainland China in an effort to prevent further transmission of the virus.

Lam has halved the number of flights from mainland China and closed down cross-border trains, but refused to formally seal the border.

Outside China, several newly confirmed cases have been traced to an international business meeting held in Singapore in mid-January. Malaysia and South Korea have confirmed three cases related to the meeting at the Grand Hyatt Singapore hotel, where four new cases have been discovered, bringing the city-state’s total to 28.

In the U.S., a twelfth case was confirmed on Wednesday in Wisconsin.

Two flights chartered by the State Department from Wuhan, China — where the virus first emerged in December — arrived at Travis Air Force base near San Francisco on Wednesday morning carrying approximately 350 Americans. The passengers will be quarantined at U.S. military facilities for 14 days.

About 200 Americans evacuated from Wuhan on an earlier flight remain in quarantine at March Air Reserve Base in Riverside, Calif., until February 11.

In 2003, severe acute respiratory syndrome (SARS), which also emerged in China, caught authorities there by surprise and Beijing was heavily criticized for initially hiding the disease and then of under reporting infections and deaths.

The Chinese government initially got good marks from the international medical community for its handling of the latest crisis, with an editorial published in The Lancet last month that said Beijing had “quickly isolated and sequenced the virus and shared these data internationally.”

“The lessons from the SARS epidemic—where China was insufficiently prepared to implement infection control practices—have been successfully learned,” the editorial said, adding that China had met “international standards” of disease control and prevention.

But troubling questions about the government’s response are beginning to emerge. In an interview aired on China’s state television last week, Zhou Xianwang, the mayor of Wuhan, acknowledged that authorities in the city “lacked timeliness in disclosing information.”

“As a local government official, I can only disclose this information after I’ve obtained approval to do so. Many people do not understand that,” he added.

Despite the steadily increasing numbers of confirmed coronavirus cases, the World Health Organization estimates the mortality rate from the virus is about 2% and that most of those infected will experience only mild, flu-like symptoms before recovering.

By comparison, SARS had a mortality rate of nearly 10%. Even so, officials are worried that the new virus could spread rapidly, as people who are either asymptomatic or have only mild symptoms infect others.

“A relatively mild virus can cause a lot of damage if a lot of people get it,” Michael Ryan, director of the WHO’s emergencies program, said at a briefing on Wednesday. “And this is the issue at the moment. We don’t fully understand it.”

NYC Setting Up Quarantine Checkpoints For Travelers From COVID-19 Hotspots

Mississippi On Track To Become No. 1 State For New Coronavirus Cases Per Capita

How mathematics assists discuss the fragile patterns of dragonfly wings