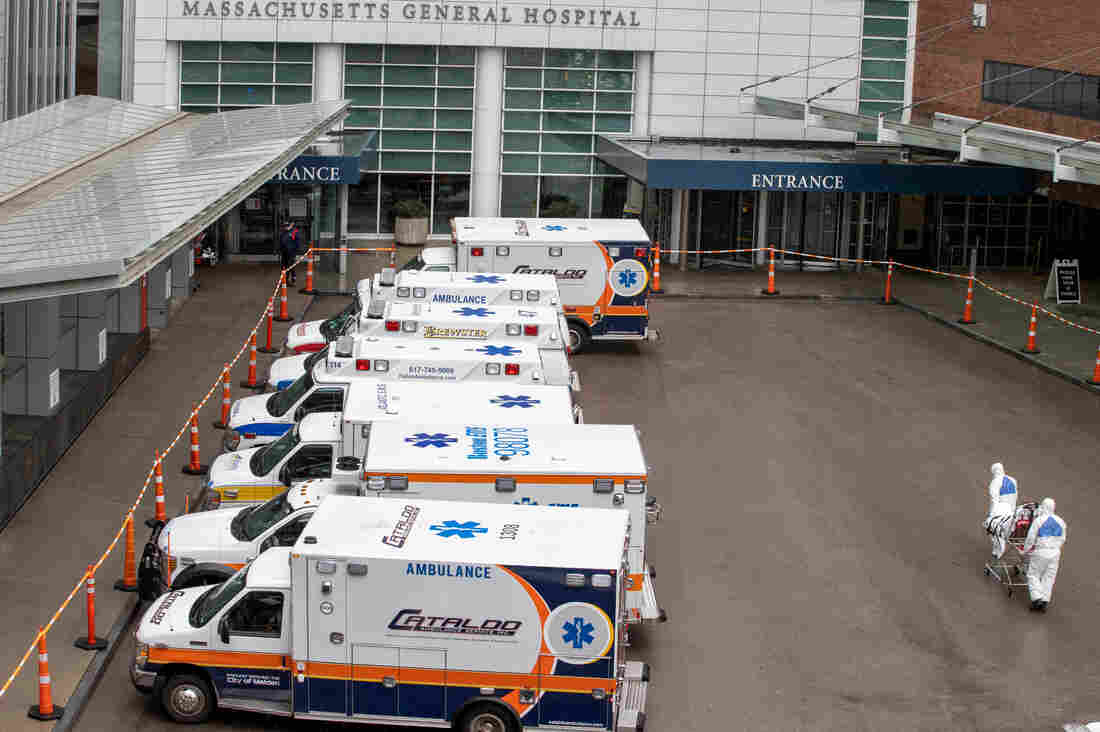 Emergency medical technicians wheel a patient into the ER of Massachusetts General Hospital in Boston. Emergency hospitalizations related to COViD-19 can be costly. Fine print in the HHS rules regarding the CARES Act seem to spare patients at least some of the financial pain. 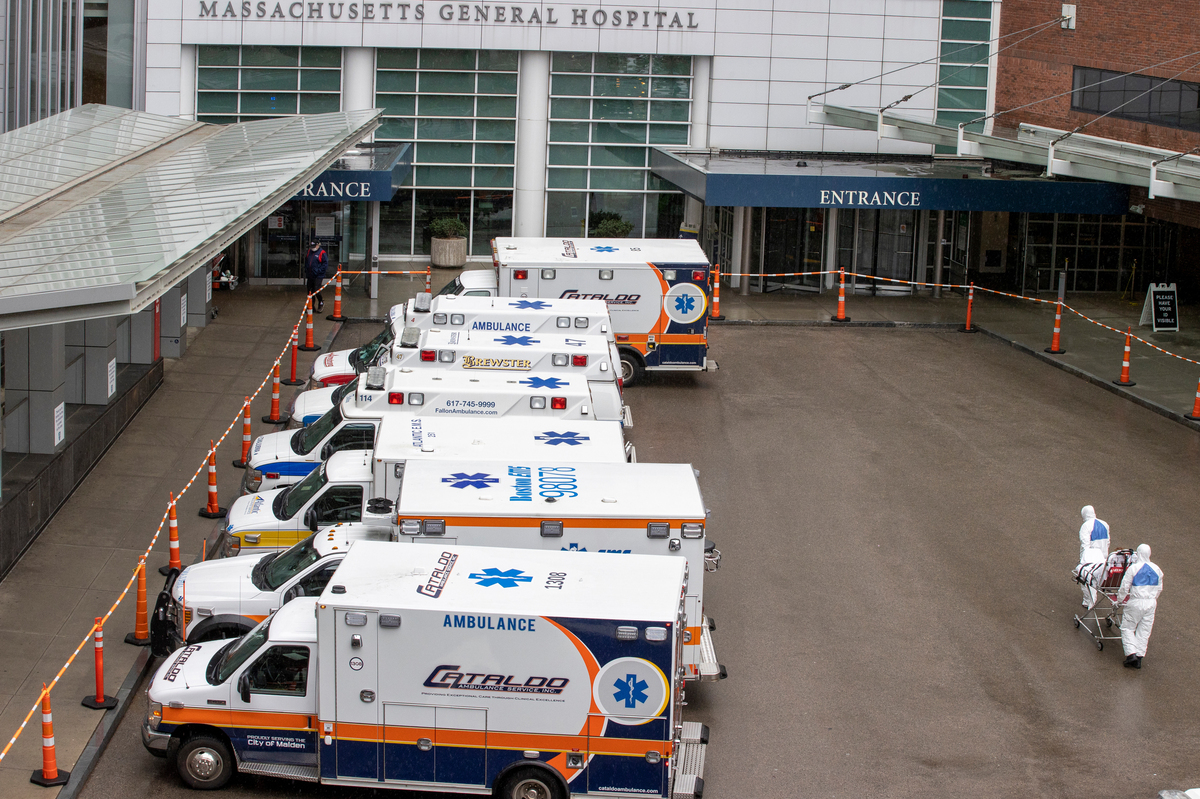 Emergency medical technicians wheel a patient into the ER of Massachusetts General Hospital in Boston. Emergency hospitalizations related to COViD-19 can be costly. Fine print in the HHS rules regarding the CARES Act seem to spare patients at least some of the financial pain.

U.S. officials offering emergency funding to hospitals, clinics and doctors’ practices during the coronavirus pandemic have included this stipulation: They are not permitted to foist surprise medical bills on COVID-19 patients.

But buried in the Department of Health and Human Services’ terms and conditions for eligibility is language that could carry much broader implications. “HHS broadly views every patient as a possible case of COVID-19,” the guidance states.

Some health care analysts say that line could disrupt a longtime health care industry practice of balance billing, in which a patient is billed for the difference between what a provider charges and what the insurer pays. Such charges are a major source of surprise bills, and can be financially devastating for patients. The practice of balance billing is banned in several states, though not federally.

The possibility that HHS might have done with fine print what Congress and the White House could not do — despite bipartisan support and public outrage — caught some who have been immersed in the issue off guard, and raised questions about what exactly HHS meant.

As the first wave of $30 billion in payouts began to hit bank accounts last week, health care providers were asked to sign an online form agreeing to the government’s terms. Among those terms is this stipulation: “For all care for a possible or actual case of COVID-19,” the provider will not charge patients any more in out-of-pocket costs than they would have if the provider were in-network, or contracted with the patient’s insurance company to provide care.

The agreement is posted on the HHS.gov page.

Lobbyists, advocates and health policy scholars say the ambiguity could be enough to mandate that providers who accept federal funds not send surprise medical bills to patients — whether or not they test positive for COVID-19.

“If you took the broadest interpretation, any of us could be a potential patient,” says Jack Hoadley, a professor emeritus of health policy at Georgetown University and former commissioner of the Medicare Payment Advisory Commission.

Last week, as HHS released an initial draft of its terms and conditions for the emergency funds allocated by Congress in the CARES Act, the Trump administration startled many in health care by declaring that providers would have to agree not to send surprise bills to COVID-19 patients for treatment. A White House spokesperson declined to comment. HHS did not immediately comment.

But the blanket assertion by health officials that “every patient” is considered a COVID-19 patient, offered without further clarification, seems to go beyond the administration’s announcement and open the door to lawsuits over whether HHS intended to ban balance billing entirely.

“Because the terms and conditions do not appear to be sufficiently clarified, there is a concern that there will be legal challenges around the balance-billing provision,” says Rodney Whitlock, a health policy consultant and former staffer for Republicans in the Senate.

Some health care providers and others in the industry have fought tooth and nail to safeguard their control over what they can bill patients for care. Certain lobbying groups later revealed to be connected to physician staffing firms owned by profit-driven private equity companies, spent millions last summer to buy political ads that targeted members of Congress who were working on legislation to end surprise billing.

Congress has yet to pass any legislation on surprise billing, but debate over the practice continues behind the scenes. Lawmakers did include modest provisions in relief legislation that prevent people from having to pay out of pocket for COVID-19 tests.

Hoadley of Georgetown says HHS’ guidance should have addressed some of the problems that Congress did not explicitly account for in its relief legislation.

“The providers, the insurers, everybody else is going to need clarification, as well as, of course, all of us as potential patients,” Hoadley says. “That’s going to affect our willingness to” seek testing or treatment.

Frederick Isasi, executive director of Families USA, a nonprofit that advocates for health care consumers, says the group supports the administration’s guidance “wholeheartedly” but has urged lawmakers to enshrine broad protections against surprise billing into law.

Microsoft exposes the HoloLens 2, its brand-new $3,500 holographic headset that appears to enhance on the initial in every method (MSFT)

NASA Saw This Infant Island Burst From the South Pacific. And It Appears to Be Here to Stay.

COVID-19 May Never Go Away — With Or Without A Vaccine