Science and Tech News
Home Clean In The Era Of Hygiene, ‘Clean’ Author Makes The Case For Showering... 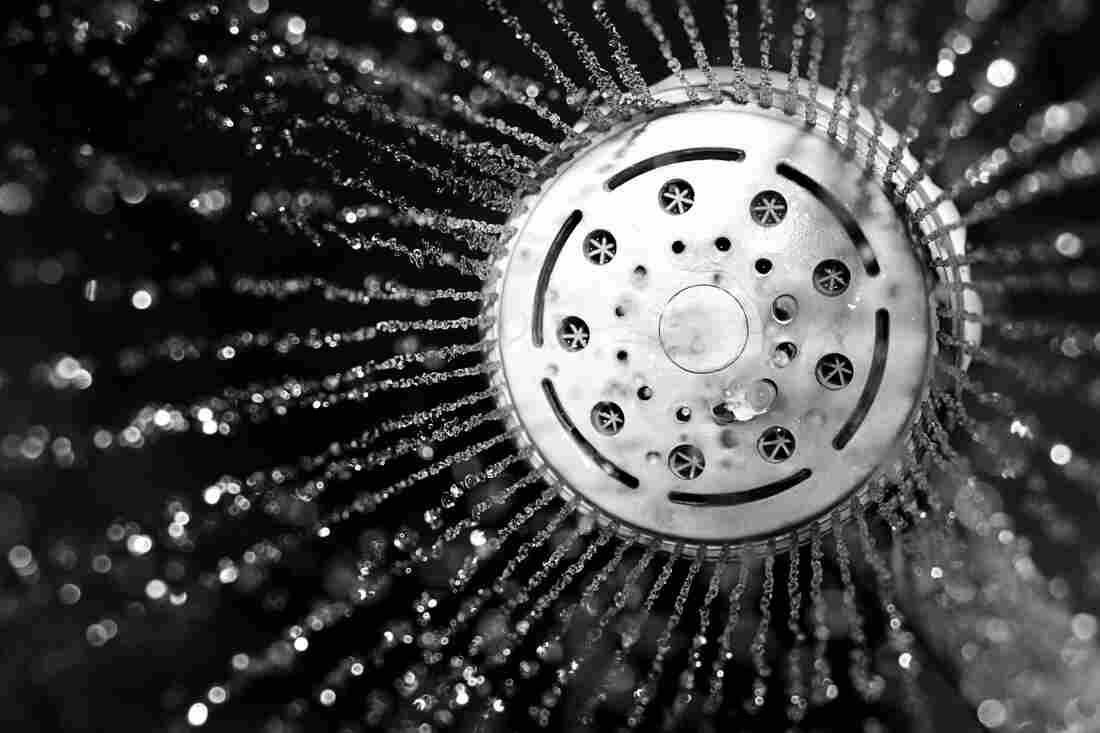 Showers feel fabulous — but how frequent is too frequent for skin ecology? 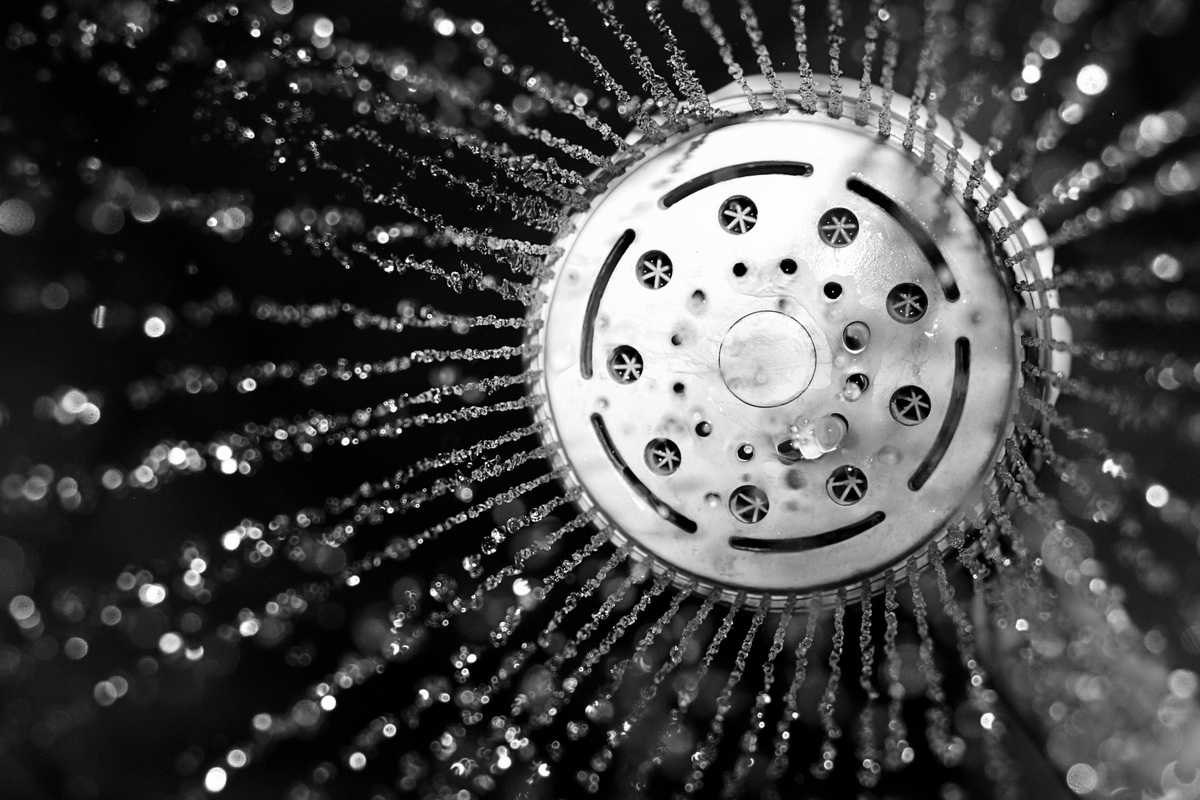 Showers feel fabulous — but how frequent is too frequent for skin ecology?

James Hamblin is tired of being asked if he’s smelly.

Hamblin, a physician and health reporter, has been fielding the question since 2016, when the article he wrote about his decision to stop showering went viral. The piece outlines compelling reasons why one might want to spend less time sudsing up: Cosmetic products are expensive, showering uses a lot of water, and the whole process takes up valuable time.

Perhaps most importantly, bathing disrupts our skin’s microbiome: the delicate ecosystem of bacteria, fungi, mites and viruses that live on (and in) our body’s largest organ. Most of these microbes are thought to be benign freeloaders; they feast on our sweat and oils without impacting our health. A small number cause harmful effects, ranging in severity from an irksome itch to a life-threatening infection. And some help us out by, for example, preventing more dangerous species from taking up residence. 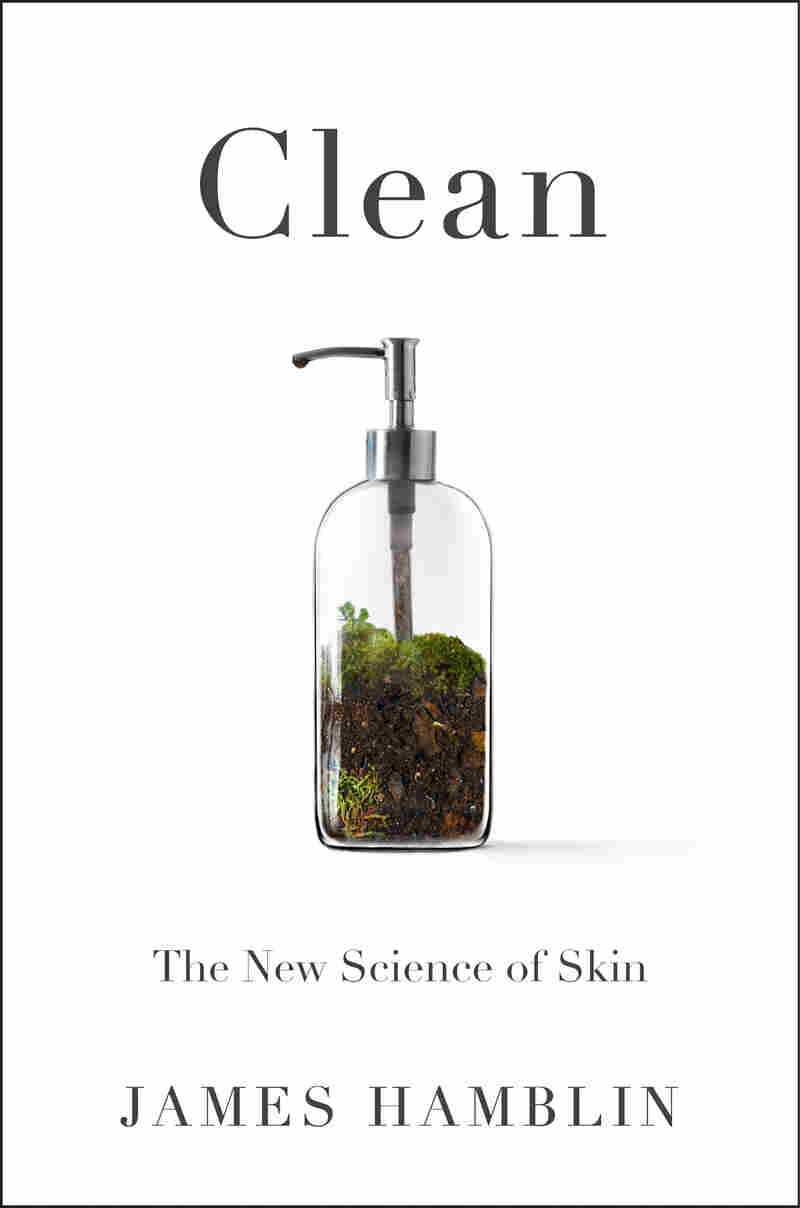 Clean The New Science of Skin, by James Hamblin.

Researchers are in the early days of developing the full picture of just how substantially this diverse living envelope influences our overall health, and many of their findings suggest that the microbes on our skin are even more important than was previously understood. Skin has long been considered to be our first line of defense against pathogens, but new studies suggest that the initial protection may come from the microbes that live on its surface.

Meanwhile, the health care and cosmetics industries are already at work developing new categories of “prebiotic” treatments and skin care products that claim to cultivate our skin’s population of beneficial microbes and banish the troublemakers.

Hamblin’s new book, Clean: The New Science of Skin, is a documentary survey of this pre-dawn moment in our understanding of the skin microbiome. Hamblin spoke with people from a wide range of specialized perspectives: a collector of historic soap advertisements, the dewy-cheeked megafans of a minimalist cosmetics brand, several CEOs, many types of scientists, including a “disgustologist,” and the founder of a style of addiction recovery treatment centered on the therapeutic potential of human touch.

But, Hamblin says, most of the time when people learn that he hasn’t showered in five years, they just want to know if he stinks. He dutifully explains that he still washes his hands with soap frequently, occasionally wets his hair to get rid of bedhead and rinses off any time he’s visibly dirty. But he finds the question tiresome — and also revealing.

“We’ve gotten a lot better, culturally, about not judging people about all kinds of things, but when people smell or don’t use deodorant, somehow it’s OK to say, ‘You’re gross’ or ‘Stay away from me!’ and it gets a laugh,” he says. “I’m trying to push back against the sense of there being some universal standard of normalcy.”

We spoke to Hamblin, who is a staff writer and the co-host of the podcast Social Distance for The Atlantic, about the benefits and social dynamics of showering less, and the coming wave of microbially-optimized cosmetics.

Your book sets out to challenge some cultural norms about hygiene. What types of cleansing do you think are overdue for reexamination, and which are critical?

There’s a distinction between “hygiene” and “cleansing rituals” that’s especially important in this moment. “Hygiene” is the more scientific or public health term, where you’re really talking about disease avoidance or disease prevention behaviors. Removal of mucus, vomit, blood feces … any behavior that signals to people “I am thoughtful about not transmitting diseases to you, and I’m a safe person to be around.” That would include hand-washing, brushing your teeth, cleaning of open wounds, even mask-wearing. I don’t think any of that stuff is due for questioning.

But a lot of the other things that we do are class and wealth signifiers — like combing your hair or whitening your teeth or wearing deodorant — which actually have nothing to do with disease avoidance or disease transmission. They’re really much more of a personal or cultural preference. And that’s where people are experimenting with doing less.

Why do you think that some of these cultural practices deserve to be reexamined?

So many reasons. We’re spending a lot of money (or at least we were pre-pandemic, I don’t have new data) on products and practices in this enormous industry-complex of self-care, skin care, hygiene and cosmetics — which is barely regulated, which is a huge and important part of people’s daily lives, which people worry a lot about, which people get a lot of joy from, which people bond over, which people judge, and which causes a lot environmental impacts in terms of water and plastic.

And there’s the emerging science of the skin microbiome. Being clean [has historically] meant removing microbes from ourselves, so it’s an important moment to try to clarify what, exactly, we’re trying to do when we’re doing the hygiene behaviors.

Some people are misconstruing the central thesis of your book as “shower less like I did.” And that’s not what you’re advocating. So is there a thesis statement or call to action in your mind?

I think that many people — not everyone — could do less, if they wanted to. We are told by marketing, and by some traditions passed down, that it’s necessary to do more than it actually is. Your health will not suffer. And your body is not so disgusting that you need to upend your microbial ecosystem every day.

If you could get by doing less without suffering social or professional consequences, and [your routine] isn’t bringing you any value or health benefit, that’s the space where I say, “Why not? Why not try it out?”

You wrote that you think we’re at the edge of a radical reconception of what it means to be clean. What do you mean by that?

That’s harder to answer now because I don’t know how the current moment is going to change things. But I believe there’s a shift in the very near future upon us, similar to what we saw with the gut microbiome.

Twenty years ago, the idea of kombucha, and probiotics, and trying to have a healthy biome in your gut were really fringe hippie concepts. And now we’re doing clinical trials of fecal transplants. It’s very mainstream to think about your microbiome. People are being more conscious about things like antibiotic overuse because they don’t want to potentially disrupt the gut microbiome. That has been a really radical shift.

And something like that [for] the skin would be even more radical in terms of the effect on our daily lives, and consumer behaviors and spending, because a lot of what has been done traditionally [in terms of hygiene] is predicated on eradicating microbes.

After reading your book, I’m bracing myself for an avalanche of new probiotic and prebiotic cleansing products to hit shelves in the near future. What do you think the average consumer should know as they evaluate whether or not a product is likely to be useful?

Well, if things like acne, eczema and psoriasis are the result of an interplay between your immune system and the microbes on your skin, it is, indeed, scientifically a very promising and cool hypothesis to think that we can shift that microbiome and help people through their flares or outbreaks. That science is supersound.

But if it’s possible that we can [use products to] make things better, then it’s possible we can make things worse. If a product does meaningfully shift your biome, then it has the capacity to create effects that you didn’t want.

We’re really riding a fine line between drugs and beauty products here, which makes it very hard for consumers to know.

What’s the danger of that fine line?

Most likely these products are not doing anything. Because there’s so little regulatory oversight on this type of product, we don’t even know for sure that they contain what they claim to contain. And if they were significantly changing your skin microbes, I would want to be extremely careful that there was indeed evidence to back up that that change was good and worth making.

I think a lot of people buy products like this thinking, “It can’t hurt, right?” And I would suggest keeping in mind that if something can help, that it can hurt.

So just because scientists are learning that the microbiome might be important for our health, the solution to skin problems is not necessarily “go to the drugstore and buy a probiotic shampoo.”

I think that’s a great takeaway. And actually, I think we are too culturally inclined to seek topical solutions most of the time. I certainly have been. The skin is very often an external manifestation of our overall health. Very rarely is something limited to the skin.

Everyone has experienced that when you’re stressed out, not eating well, haven’t exercised, not sleeping, you look — and quite possibly smell — worse than at other times. And our inclination is to go seek a product to cover that up. Sometimes that’s the only course of action.

But in an ideal world, we would be able to take that as a sign that something was off, and needed attention in our overall approach to health. We can miss important signals when our immediate inclination is to go find a product to cover things up.

How did your identity as a cisgendered white male influence your reporting on this subject?

Probably one of the main reasons I’ve been able to go so long without using [shampoo and deodorant] is because of the privilege of my position in American society. To the degree that these standards are culturally determined, I am coming from the group that has created these norms. That is why I believe I was able to push against them without more discriminatory consequences. I mean, people call me “gross.” But I didn’t suffer professionally to my knowledge. And other people would have.

I’m not telling anyone that they should do less, basically. I’m only trying to understand why we do the things that we do.

Where do you stand on the most controversial question on the Internet: washing your legs in the shower?

Personal preference. From a scientific hygiene perspective, it’s an elective practice. It might be something people enjoy doing or feel better for having done. If it brings you value, then it’s absolutely worth doing.

How to Pee on a Plane Without Being Disgusted

No, Your Feet Don’t Clean Themselves in the Shower

Have You Been Washing Your Towels Wrong This Whole Time?

Jony Ive will leave Apple to begin his own business

A plant gene may have helped whiteflies become a major pest

Huge Great White Shark Pregnant with Record 14 Puppies Was Caught and Sold in...