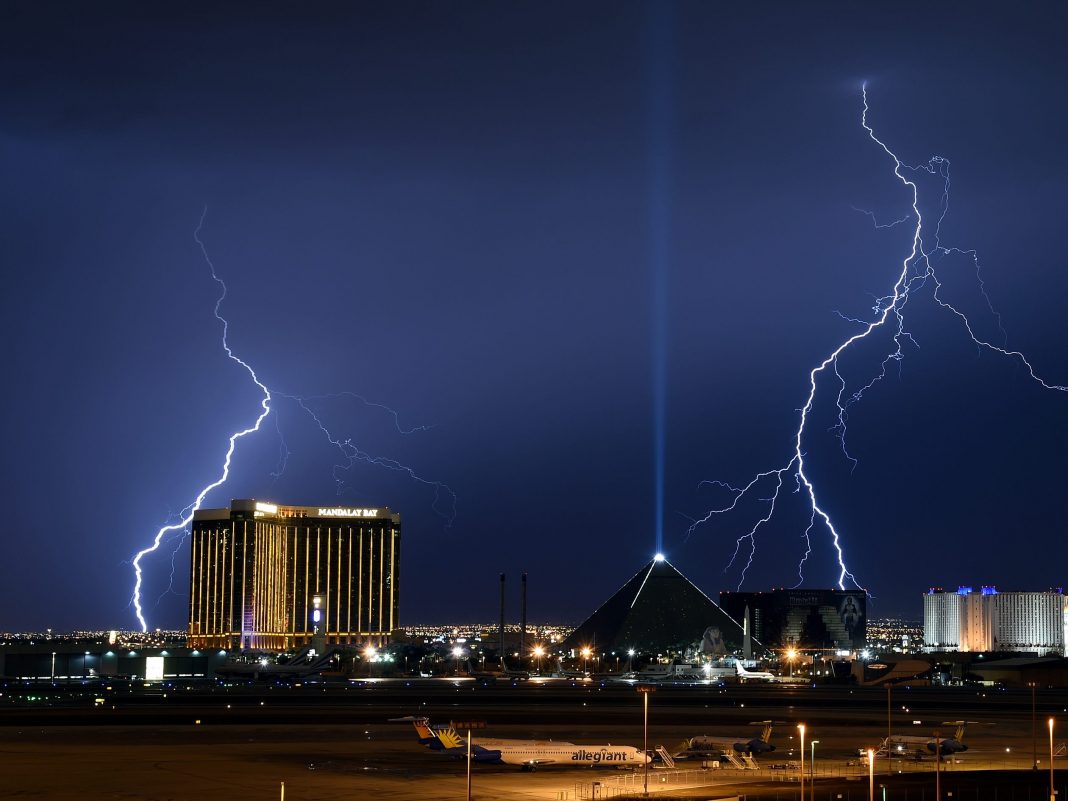 A Las Vegas vacationer says the flooding that occurred at Planet Hollywood during the monsoon was frightening and that she was “in shock.”

LaShundra Woods had just come back from dinner with her family when she walked into the hotel and saw people gathering around the gaming tables, staring at the water gushing down from the hotel’s high ceilings.

“Nothing could catch that amount of water,” she told Insider. “It was just pouring in as if it was raining from the inside.”

Woods, who captured the extraordinary weather event on TikTok, said in addition to the flooding, debris began falling from the ceiling: “I started freaking out that the ceiling was going to cave in,” she said.

Planet Hollywood and a number of casinos on the strip experienced flooding from the monsoon that hit the city on Thursday night.

Homes and apartments in the area were also damaged by the flash flooding. According to the American Red Cross of Nevada, more than 30 residents were displaced when high winds knocked trees into an apartment building.

Megan Poff, the data chief for the Nevada Water Science Center of the US Geological Survey, told Insider that monsoon season typically occurs throughout July and September sporadically across the state.

“You can be standing in one place and it’s dry, but you can look over across the valley and see the rainfall hitting somewhere over there,” Poff told Insider.

She said what made this weekend’s storm unusual was that it landed directly on the Las Vegas strip.

On Thursday, the National Weather Service Las Vegas said some areas of the city saw over 1 inch of rain, which is rare considering the area’s dry, arid climate. In an interview with ABC News, John Adair, a meteorologist, said the Las Vegas area receives a total average of 4.2 inches of rain per year.

According to the Clark County Twitter account, the city is currently assessing the damage and cleaning up the debris.

Planet Hollywood did not immediately respond to Insider’s requests for comment.

What the public wants in COVID news vs. what the press provides

For Biden administration, Fauci’s in, but Birx is not