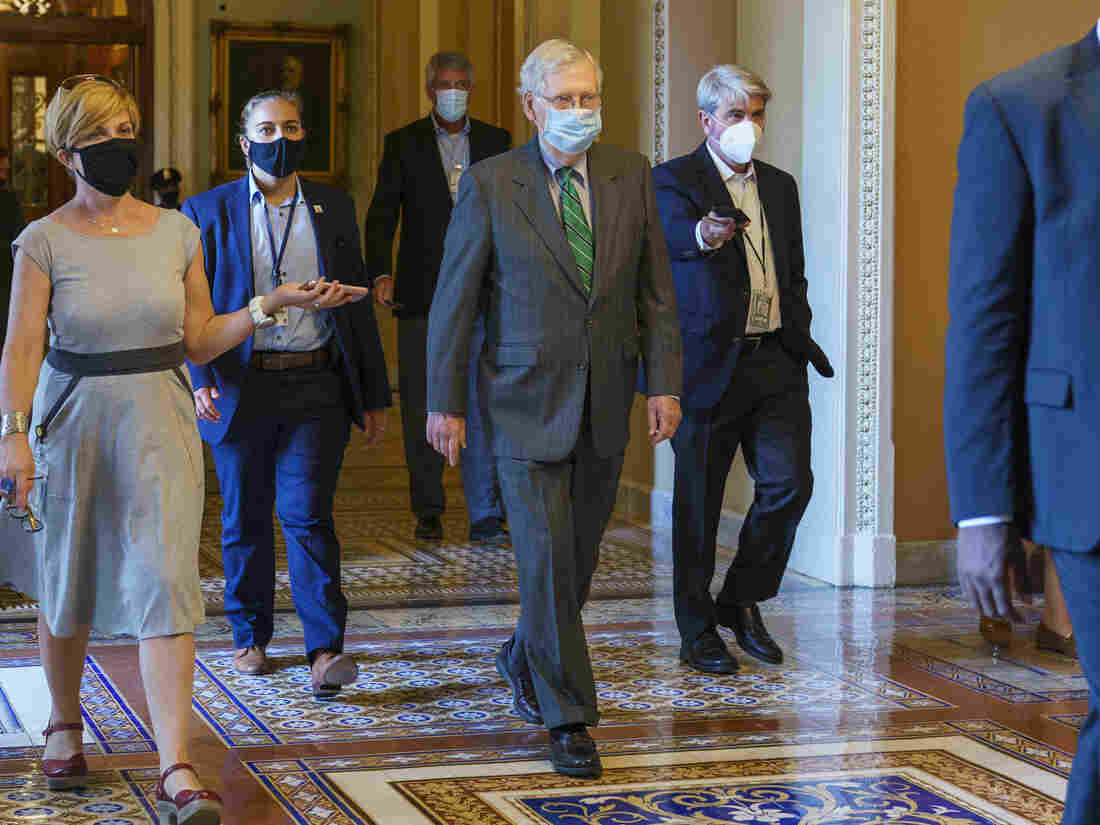 Senate Majority Leader Mitch McConnell of Ky., center, introduced a targeted coronavirus relief bill and said he planned a vote this week on it. 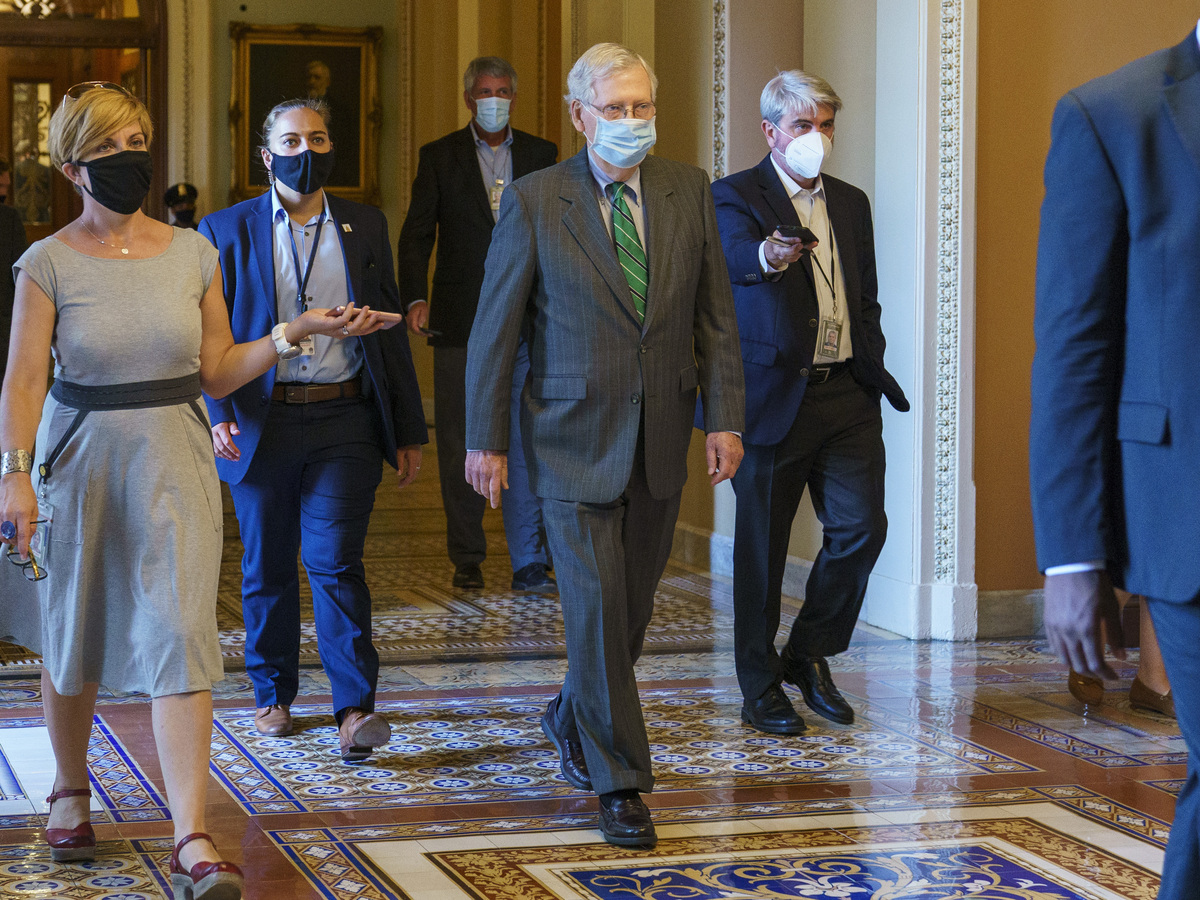 Senate Majority Leader Mitch McConnell of Ky., center, introduced a targeted coronavirus relief bill and said he planned a vote this week on it.

Senate Majority Leader Mitch McConnell rolled out a new proposal for a smaller version of a pandemic relief aid bill, but it’s unclear how much support the measure could garner even in his own party. And top Democrats opposed the plan, arguing it was “emaciated” even before it was officially released.

The measure includes more money for a small business loan program, a scaled back version of an expanded unemployment payment program, funding for schools and the U.S. Postal Service. The plan is slated to get an initial vote as early as this week, but is unlikely to advance without any significant Democratic support.

McConnell, R-Ky. said the proposal illustrates Republicans’ efforts to keep trying to push through a new wave of stimulus for the economy despite Democratic opposition. Both parties have been at a standstill to reach a deal on new coronavirus funding for several months.

“We want to agree where a bipartisan agreement is possible, get more help out the door and keep arguing over the rest later, that’s how you legislate, that’s how you make law,” McConnell argued from the Senate floor on Monday following the plan’s introduction.

Although there is bipartisan agreement Congress needs to do more to address the economic impact of the virus negotiations have been at an impasse about the size and substance of what is needed since Congress passed the last wave of relief earlier in the spring. By May, Republicans wanted to tap the brakes on additional spending, while House Democrats approved their own proposal worth more than $3 trillion.

In July, the Senate GOP rolled out a much smaller plan closer to the $1 trillion mark. And while it triggered bipartisan talks –mainly between House Speaker Nancy Pelosi, D-Calif., and Trump administration officials — those have stalled, as Democrats told Republicans not to return to the negotiating table until they are ready to spend at least $2 trillion.

On Tuesday, McConnell described the plan as targeted, focusing on healthcare, education and economic issues.

“It’s not a sweeping, multi-trillion dollar plan to rebuild the entire country in Republican’s image. It does not even contain every single relief policy that Republicans ourselves think would help in the short term. I am confident the Democrats would feel the same,” McConnell said. “But the American people don’t need us to keep arguing over what might be perfect. They need us to actually make a law.”

Read the full bill below.

His 285-page bill covers some of the same ground addressed in the GOP’s July plan and some new terrain. Among the familiar provisions, it extends the popular small business loan effort, the Paycheck Protection Program, and establishes new legal shields for businesses, a marque issue for Republicans supporting in a new round of relief. It also directs $105 billion to schools.

It also reinstates extra unemployment weekly payments, but at $300, which is half of the $600 weekly payment that expired July 31 under the CARES Act approved by Congress earlier this year. This new $300 weekly payment would expire by year’s end under McConnell’s plan.

McConnell’s proposal also directs more spending flexibility for the U.S. Postal Service, but doesn’t designate a large, specific appropriation, a key issue for Democrats. Last month, House Democrats approved a plan to move $25 billion to the Postal Service, a measure also included in their $3 trillion HEROES Act approved in May.

On Tuesday, Pelosi and Schumer were quick to slam the bill, calling it an “emaciated” proposal. They also said the plan was laced with “poison pills” that Democrats would never support.

“Now, after months of inaction, Republicans are finally realizing the damage their pause has done to the American economy and our nation’s health,” the two Democrats said in a joint statement. “As they scramble to make up for this historic mistake, Senate Republicans appear dead-set on another bill which doesn’t come close to addressing the problems and is headed nowhere.”

Democrats said Republicans need to go further with their plan, including additional funding provisions to address disruptions at the U.S. Postal Service and election safety.

Your gadgets are likely made in Chinese forced labor camps