A demonstrator holds a sign with George Floyd’s likeness on it as people gather to protest the death of Floyd, on Tuesday, near the White House in Washington. 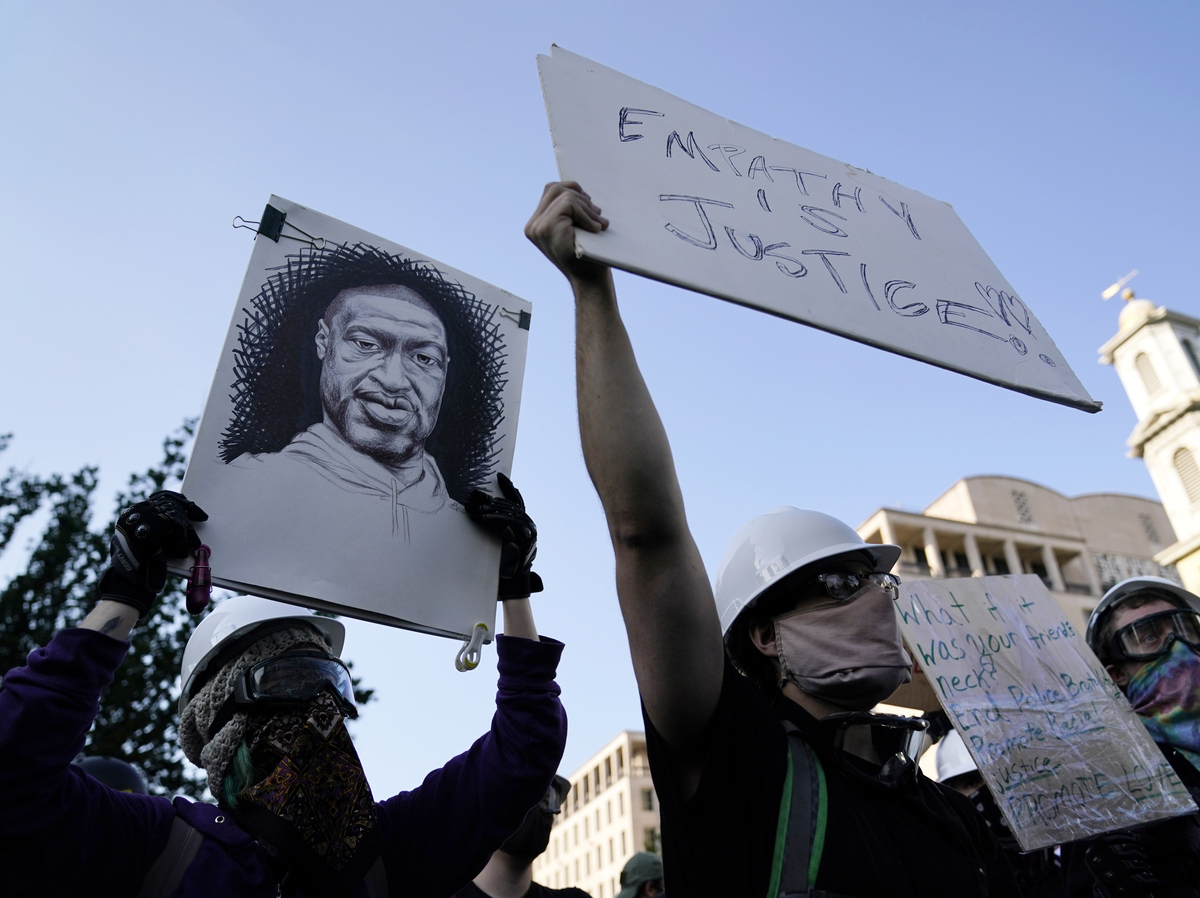 A demonstrator holds a sign with George Floyd’s likeness on it as people gather to protest the death of Floyd, on Tuesday, near the White House in Washington.

A full autopsy report on George Floyd, the man who died after being restrained by Minneapolis police last month, reveals that he was positive for SARS-CoV-2, the virus that causes COVID-19. The 20-page report also indicates that Floyd had fentanyl and methamphetamine in his system at the time of his death, although the drugs are not listed as the cause.

The report released Wednesday by the Hennepin County Medical Examiner’s Office is dated May 25, the same day Floyd died. In video taken by bystanders, Floyd, 46, is shown repeatedly pleading that he cannot breathe as he is held face down with a knee on his neck by former Minneapolis Police officer Derek Chauvin, as other officers stand by. The incident has sparked nationwide — and even worldwide — protests.

Floyd’s death has been ruled a homicide.

The autopsy report concludes the cause of death was “cardiopulmonary arrest complicating law enforcement subdual, restraint, and neck compression.” That conclusion, death due to heart failure, differs from the one reached by an independent examiner hired by the Floyd family, which listed the cause of death as “asphyxiation from sustained pressure.”

The medical examiner’s report does not mention asphyxiation. Preliminary results from that report were released publicly on Monday. According to prosecutors, who filed charging documents last week, the results “revealed no physical findings that support a diagnosis of traumatic asphyxia or strangulation.”

The medical examiner’s report also details blunt-force injuries to the skin of Floyd’s head, face and upper lip, as well as the shoulders, hands and elbows and bruising of the wrists consistent with handcuffs.

Signed by Andrew M. Baker, M.D., it says Floyd had previously tested positive for the novel coronavirus on April 3. A post mortem nasal swab was taken and confirmed that diagnosis. The report notes that since a positive result for coronavirus can persist for weeks after the disease has resolved, “the result most likely reflects asymptomatic but persistent … positivity from previous infection.”

In addition to fentanyl and methamphetamine, the toxicology report from the autopsy showed that Floyd also had cannabinoids in his system when he died.

“To the Floyd family, to our beloved community, and everyone that is watching, I say: George Floyd mattered. He was loved. His life was important. His life had value. We will seek justice for him and for you and we will find it,” Ellison said in announcing the new charges on television.

Three other officers at the scene were also charged for the first time on Wednesday with aiding and abetting second-degree murder and second-degree manslaughter.

They Fell In Love Helping Drug Users. But Fear Kept Him From Helping Himself

From a hush-hush Apple conference to strange executive departures, 9 of the most essential...

Rick and Morty is full of burps, and a scientist just analyzed all of...