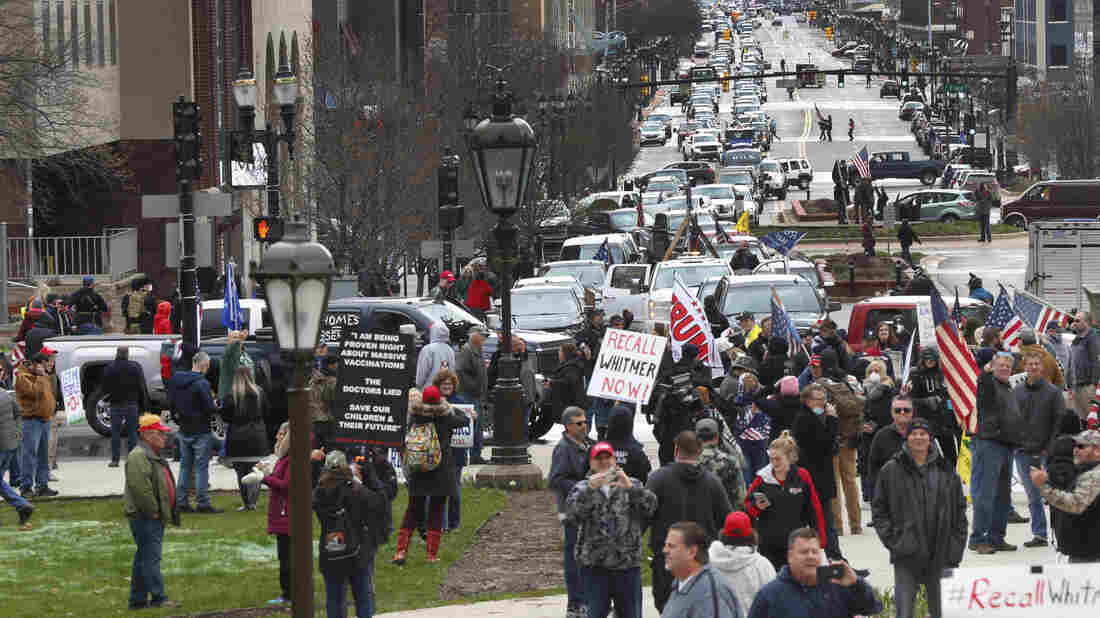 Flag-waving, honking protesters drove past the Michigan Capitol on Wednesday to show their displeasure with Gov. Gretchen Whitmer’s orders to keep people at home and businesses locked during the COVID-19 outbreak. 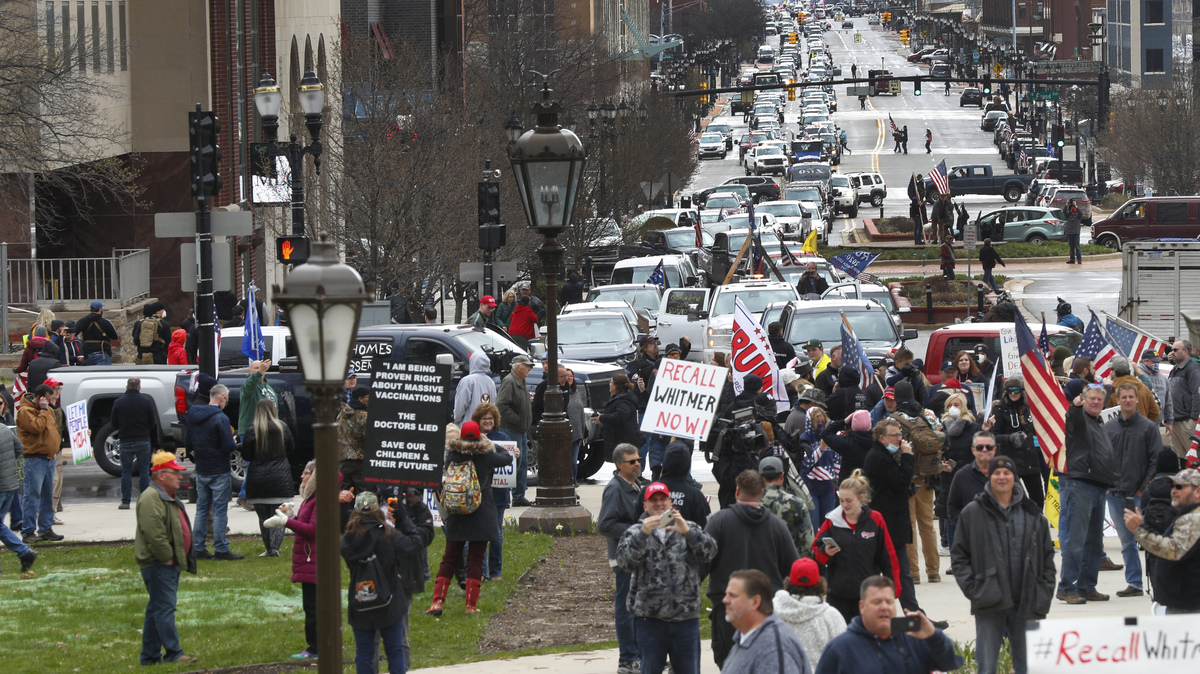 Flag-waving, honking protesters drove past the Michigan Capitol on Wednesday to show their displeasure with Gov. Gretchen Whitmer’s orders to keep people at home and businesses locked during the COVID-19 outbreak.

Several thousand cars flooded the streets around the state capitol in Lansing, Mich. Wednesday to protest the Governor’s extended Stay-At-Home order. Cars stretched nearly a quarter mile for blocks around the capitol building, filling the air with a cacophony of honking. People draped in American and “Don’t Tread on Me” flags blared “We’re Not Gonna Take It” and “God Bless The USA” out of car stereos.

The protest—called “Operation Gridlock”—was organized by the Michigan Conservative Coalition and drew out militias, conservatives, small business owners, and ardent supporters of President Donald Trump, who characterize the Governor’s stay-at-home order as an unjust power-grab.

At least 200 people broke the instructions of organizers, getting out of their cars to congregate around the steps of the capitol building, flouting social-distancing guidelines to remain 6-feet apart, and not wearing masks.

The state of Michigan has the third highest number of COVID-19 cases and one of the most stringent stay-at-home orders. Among other things, it bars landscapers from working and shutters greenhouses and nurseries.

Democratic Governor Gretchen Whitmer has faced a steady drumbeat of criticism from senior Republican leaders in the state legislature and Republican members of Michigan’s congressional delegation after extending her original order last week.

The new version of the order banned travel between homes and didn’t grant exemptions for workers like landscapers, whom politicians argue can work while remaining socially distant. Protesters were also upset that normal life has been shut down all over the state.

As of Monday, more than a quarter of the state’s workforce had filed for unemployment benefits.

But not all parts of the state have been equally affected by the outbreak. Southeast Michigan and Detroit remain a hotspot—claiming the lion’s share of COVID-19 cases and deaths.

Opponents like Shelly Vanderwerff argue there should be regional and industry-based exemptions. She caravanned to Lansing from west Michigan, where she was recently laid-off from her work at a local greenhouse.

“Well, I don’t think she’s listening to petitions and people who are trying to communicate in a less extreme way that…there are small businesses that are suffering,” said Vanderwerff. She’s worried that many small businesses in the state will go under.

Vanderwerff noted she understands that action needs to be taken to slow the spread of COVID-19, but counties like hers—with 74 cases and 2 deaths—should be allowed to operate more freely than places like Wayne County and Detroit.

Matt Seely, a spokesman for the conservative group that organized the protest warned, “If something isn’t put in place soon, you’ll see in the form of a protest—businesses just opening. Because, truthfully, for the $1,000 fine, most businesses could sustain that fine because they’ll at least be able to make a living.”

Presently, the Governor’s stay-at-home order extends through April 30th. Since the Governor issued the order, there have been more than 28,000 cases of COVID-19 in Michigan. The disease has killed more than 1,900 Michiganders.

FACT CHECK: Trump Claims U.S. Testing For Coronavirus Most Per Capita — It’s Not

Hiveage simplifies your freelance and small company invoicing for simply $50

Okay, fine, there is no Nintendo Switch Pro on the way (this year)

The psychology behind that tempting quarantine makeover

Why ladies didn’t win any science Nobels this year