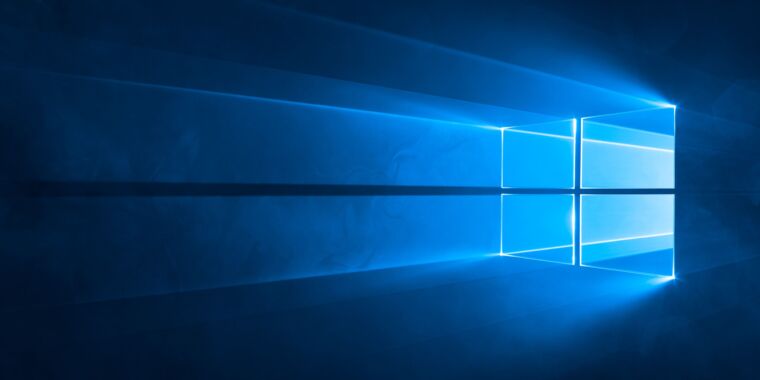 Windows 11 is out, but Microsoft isn’t leaving Windows 10 behind just yet. The November Update for Windows 10 (also known as version 21H2) has rolled out to Windows Insiders in the Release Preview channel and is also available to download as an ISO file. Microsoft expects the current build, version 19044.1288, to be the same one that is released to the general public next month.

As milestone updates go, Windows 10 21H2 includes few user-visible improvements. One noteworthy addition is support for the WPA3 Hash-to-Element (H2E) standard, a more “computationally efficient” addition to WPA3 that provides protection against side-channel attacks (see the Wi-Fi Alliance PDF here). Another is support for GPU compute support for the Windows Subsystem for Linux.

Microsoft hasn’t said whether the 21H2 update will be the last major servicing update for Windows 10 now that Windows 11 is here. We do know that Microsoft will be bringing Windows 11’s new Microsoft Store to Windows 10 eventually, and the older OS will continue to receive updates for Microsoft Edge and (presumably) other built-in apps that get their updates through the Microsoft Store.

We also know that Microsoft is still providing the typical 18 months of support for the Home and Pro versions of Windows 10 21H2, which doesn’t get us anywhere near the end of Windows 10 update support in October of 2025. So it seems likely that we haven’t seen the last of Windows 10 just yet.

Despite the release of Windows 11, Windows 10 will remain relevant for years to come because of the new operating system’s relatively high system requirements; Windows 10 will be the last version of Windows to support most PCs made before 2017 or 2018. Installing Windows 11 on officially unsupported PCs is possible, at least for now, but Microsoft has reserved the right to cut off security updates for those PCs at any time and for any reason.

This enthusiast’s keyboard and trackball used to launch nuclear missiles

I like Microsoft Edge. But if it doesn’t get less annoying, I’ll switch again

It’s not the heat, it’s the humidity that grounded Boeing’s Starliner