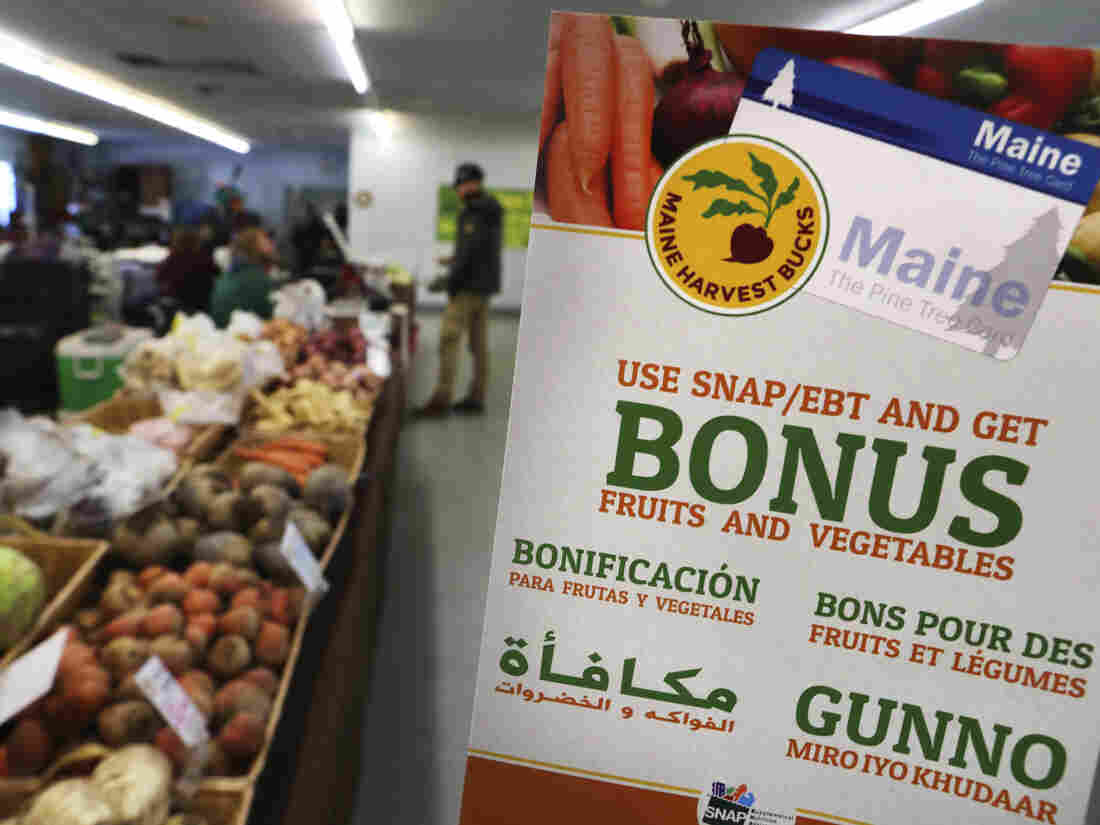 The Trump administration has finalized a rule to limit food stamp benefits for single able-bodied adults who can’t show that they work more than 20 hours a week, though legal challenges are possible. 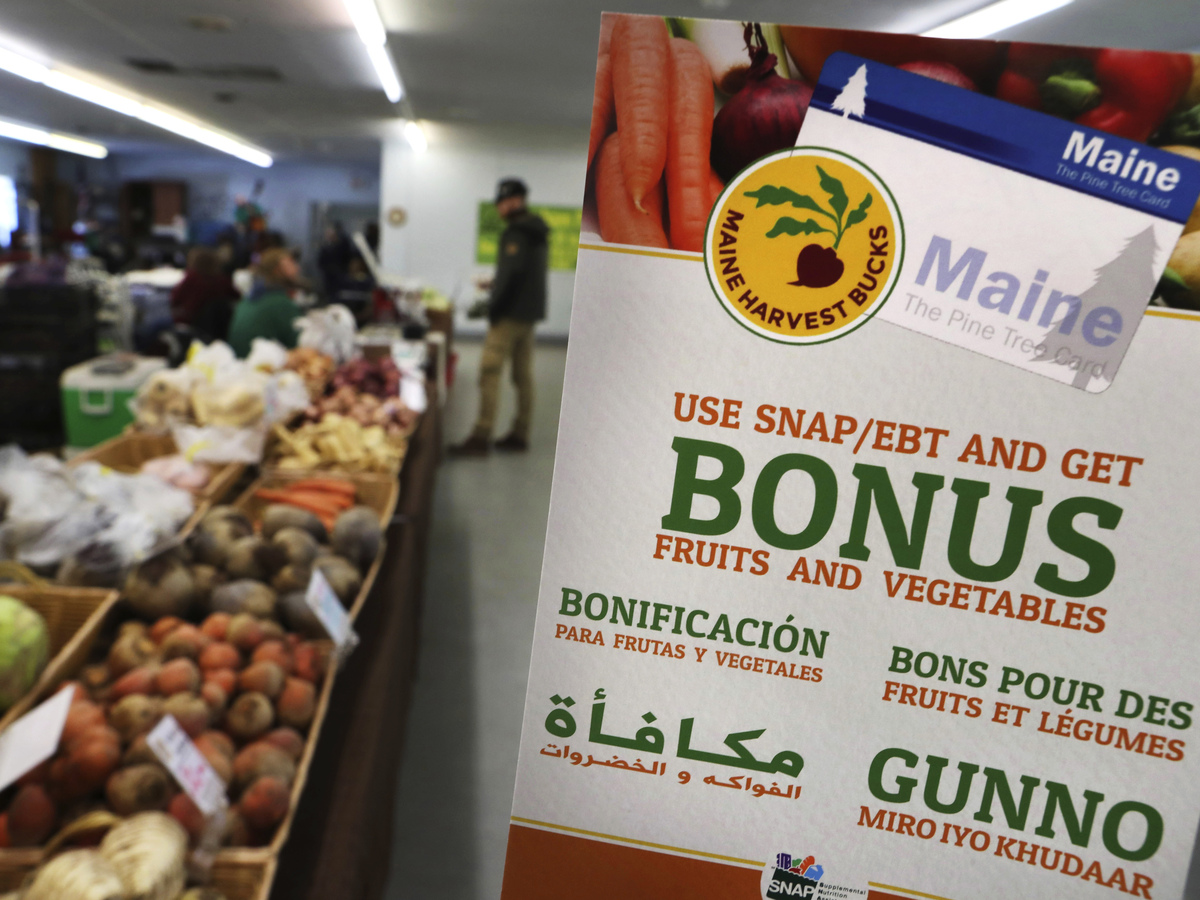 The Trump administration has finalized a rule to limit food stamp benefits for single able-bodied adults who can’t show that they work more than 20 hours a week, though legal challenges are possible.

The Trump administration is tightening work requirements for some food stamp recipients, a change that is expected to eliminate Supplemental Nutrition Assistance Program benefits for 688,000 adults.

The new rule makes it more difficult for states to waive a requirement that able-bodied adults without children work at least 20 hours a week or else lose their benefits. The administration says the change is intended to encourage those receiving SNAP to get jobs, but anti-hunger advocates worry it will hurt low-income individuals who can’t find steady work.

“We need to encourage people by giving them a helping hand, but not allowing it to become an infinitely giving hand,” U.S. Agriculture Secretary Sonny Perdue said in a press release. “Now, in the midst of the strongest economy in a generation, we need everyone who can work, to work.”

The new rule impacts able-bodied adults between the ages of 18 and 49 without dependents. There were nearly 4 million such adults receiving food stamps in 2016, about three-quarters of whom did not work, according to the U.S. Department of Agriculture. Some estimates say the changes could save nearly $5 billion over five years.

SNAP statutes already limit adults to three months of benefits in a three-year period unless they meet the 20 hours per week requirement, but many states currently waive that requirement in high unemployment areas. This change would make those waivers harder to get.

“The rule restores the system to what Congress intended: assistance through difficult times, not a way of life,” Perdue said. As NPR reported last year, though, Congress passed the farm bill without changes like these to SNAP.

Provisions of the new rule are slated to take effect on April 1, 2020.

But opposition to the change is strong, and legal challenges are possible. States say it will impose a huge administrative burden on social service agencies, and congressional Democrats have already threatened to sue if the change goes into effect.

Democratic Sen. Debbie Stabenow of Michigan, the ranking member of the Senate Committee on Agriculture, Nutrition and Forestry, criticized the rule.

“There’s a reason Republicans and Democrats overwhelmingly rejected this callous proposal in the Farm Bill and instead focused on bipartisan job training opportunities that actually help families find good paying jobs,” she said in a statement.

House Agriculture Committee Ranking Member K. Michael Conaway issued a statement praising the decision to move forward with the rule while acknowledging that many SNAP recipients are unable to work, either because they are disabled or serving as primary caregivers for relatives.

“But for those whose situations allow it, employment is a chance to regain dignity and purpose, and contribute to our economy and society,” he said.

James D. Weill, president of the nonprofit Food Research & Action Center, said in a statement that the change would take food off the tables of thousands of Americans, many of whom live in areas with few available jobs.

“The final rule would cause serious harm to individuals, communities, and the nation while doing nothing to improve the health and employment of those impacted by the rule,” Weill said. “In addition, the rule would harm the economy, grocery retailers, agricultural producers, and communities by reducing the amount of SNAP dollars available to spur local economic activity.”

Craig Gundersen, a professor of agriculture and consumer economics at the University of Illinois, told NPR in April that there is no evidence that receiving food stamps discourages work.

“The idea that people are ripping off the system of something, that’s just not true,” he said.

A public comment period drew more than 100,000 responses before it closed in April.

Rachel Treisman is an intern on NPR’s National Desk.

Almost 2,000 brand-new fires have actually begun in the Amazon in the past 48 hours regardless of burning restriction from federal government

Almost 2,000 brand-new fires have actually begun in the Amazon in the last 48 hours in spite of burning restriction from federal government

The Lyrid meteor shower and its intense fireballs might flaunt Monday

How to Applaud Dads Without Calling Them ‘Practical’