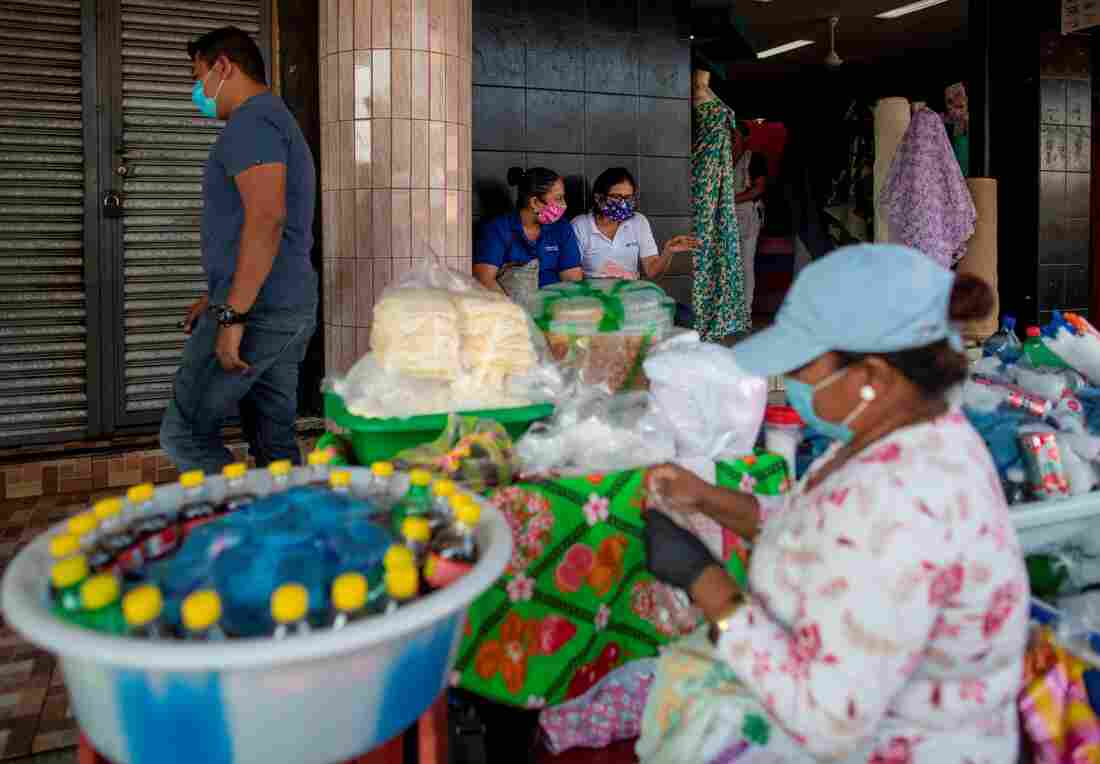 People wear face masks as a preventive measure against the spread of the new coronavirus, COVID-19 at a market in Managua, on April 16, 2020, a day after Nicaraguan President Daniel Ortega spoke of the coronavirus pandemic and announced there would be no quarantine or cessation of economic activity. 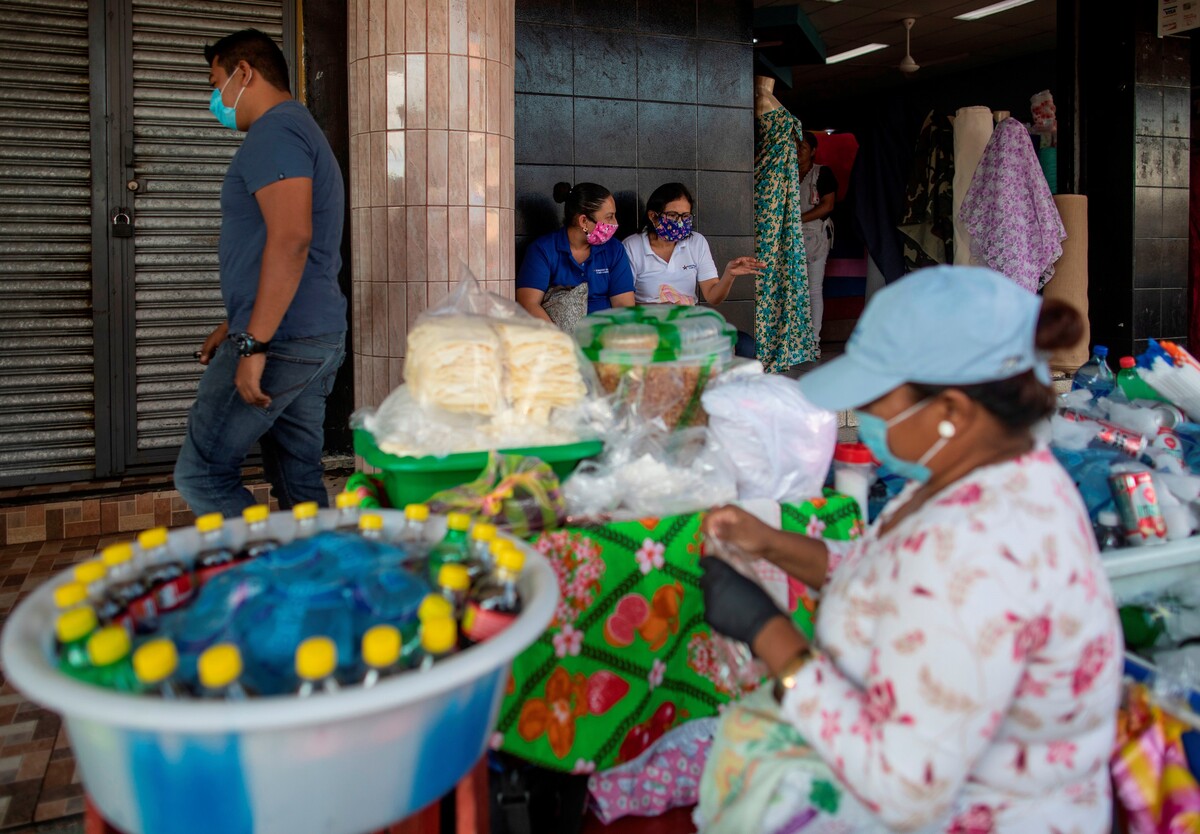 People wear face masks as a preventive measure against the spread of the new coronavirus, COVID-19 at a market in Managua, on April 16, 2020, a day after Nicaraguan President Daniel Ortega spoke of the coronavirus pandemic and announced there would be no quarantine or cessation of economic activity.

To the dismay of some of its citizens and neighbors, Nicaragua is still holding soccer matches, food festivals and beauty pageants.

Officially, the government of socialist president Daniel Ortega says there are only three active cases and one death attributed to COVID-19. The Johns Hopkins University tracker cites nine cases and two deaths. Across the border in Costa Rica, authorities have confirmed more than 600 cases.

“No one believes the government,” said Dora Maria Tellez, a staunch Ortega opponent who once served as his health minister. Now Tellez has joined health workers, scientists and activists to form the Citizens Observatory for COVID-19, to gather and publish data about the outbreak.

“There is no transparency of information controlled by the state,” Tellez said. “The Health Ministry’s webpage isn’t updated, it doesn’t have the number of tests run, how many are positive, how many negative.”

Using informants in health clinics around the country, the Citizens Observatory estimates there are as many as 200 cases of COVID-19 in Nicaragua.

Not only has the government failed to issue stay-at-home or social distancing orders, the 74-year old Ortega dropped out of public view for more than a month. He finally reappeared Wednesday to give a live speech broadcast to the nation. Surrounded by top officials, Ortega decried the pandemic as a sign from God and said the U.S. should spend less on atomic bombs and more on hospitals.

Ortega insisted Nicaragua’s doctors are ready to treat COVID-19 and rejected shutting down the economy, saying if Nicaraguans don’t work, they will die.

Earlier this month, Dr. Carissa Etienne, director of the Pan American Health Organization, expressed concern about Nicaragua’s response to COVID-19. She cited the lack of social distancing and the convening of mass gatherings. “We have concerns about testing, contact tracing and reporting of cases,” she said.

Nicaragua’s borders remain open, which worries Costa Rica. Vice President Epsy Campbell Barr said her country launched operations to secure its borders and isolate citizens. Speaking on CNN, Campbell Barr said Costa Rica has turned back some 6,000 Nicaraguans in the past month. She said she did not foresee any coordinated effort between the two countries to limit the virus’s spread.

“We cannot depend absolutely on anyone else … we are still taking these extreme measures to continue safeguarding the lives of those in our country,” she said.

Requests for comment from Ortega’s wife, who is the government’s spokeswoman and vice president, were not returned.

This Titanium Submersible Will Program You The Ocean Flooring In 3D

The Y chromosome is vanishing– so what will take place to males?

Parts of the Marshall Islands are now more radioactive than Chernobyl due to the...