Science and Tech News
Home Opinion OPINION: We Shouldn’t Have To Ask That Babies And Mothers Not Be... 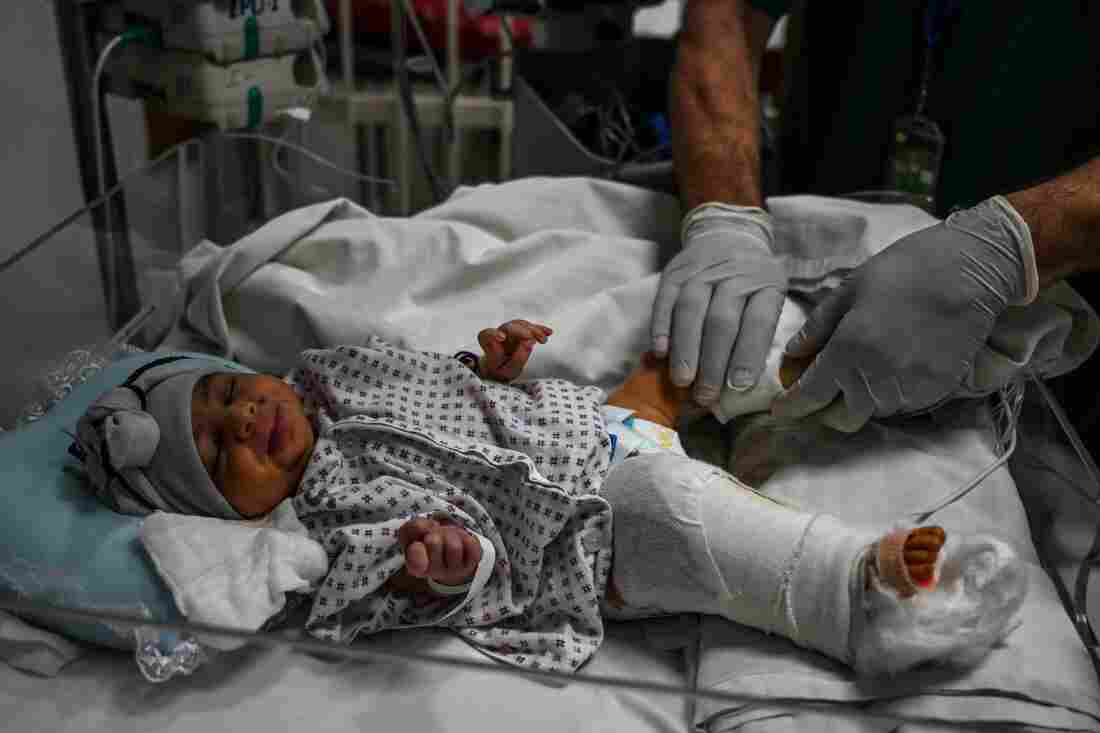 A newborn baby girl receives treatment for the gun wound in her right leg received during the attack on a maternity clinic in Kabul this week. The gunmen killed her mother. 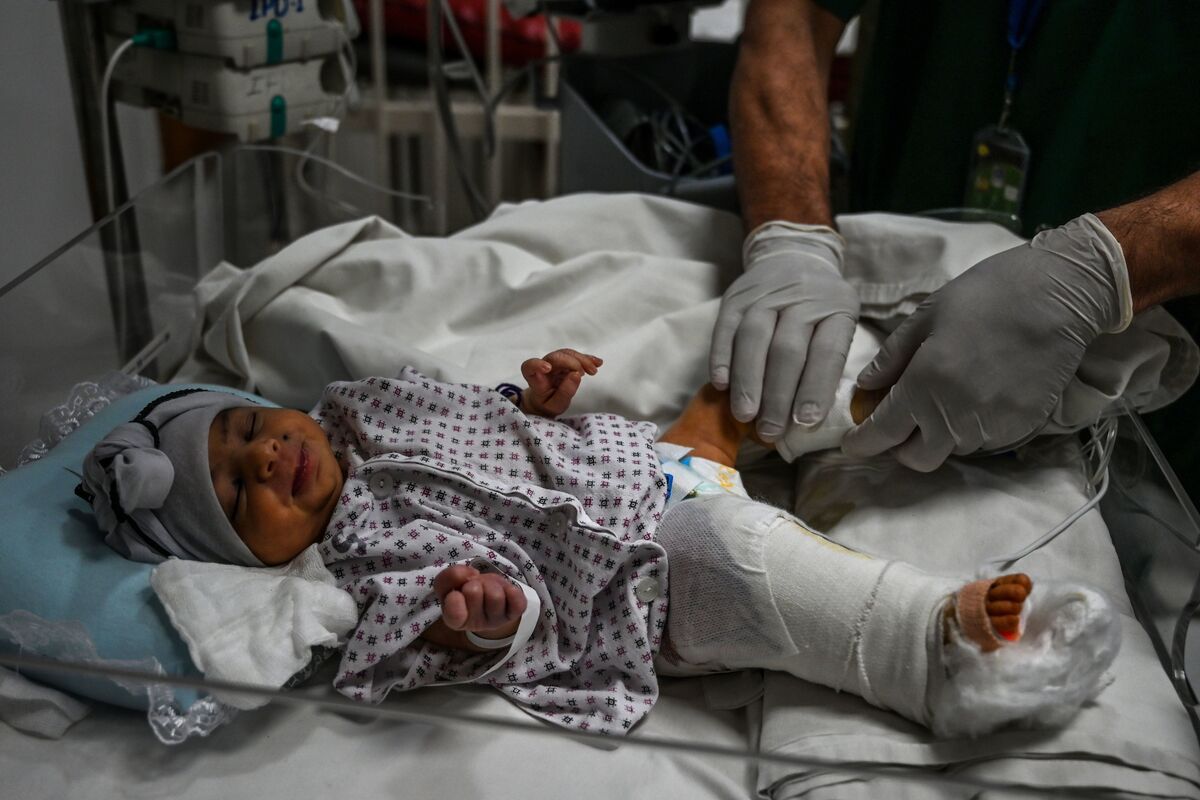 A newborn baby girl receives treatment for the gun wound in her right leg received during the attack on a maternity clinic in Kabul this week. The gunmen killed her mother.

On Tuesday morning three gunmen stormed into a maternity clinic in Kabul, Afghanistan, run by Médicins Sans Frontières. They rampaged through the ward, going from room to room and shooting nurses, mothers and newborn babies. At least 16 people were killed. Afghans watched in terror as security forces began evacuating people from the ward and soldiers rushed out of the hospital, carrying infants wrapped in bloodstained blankets to waiting ambulances.

Photos of dead mothers clutching their crying, tiny babies circulated online, alongside videos of desperate fathers and family members begging for information about their loved ones.

While the attack was happening at the clinic, a suicide blast tore through a funeral more than 100 miles to the east in Nangarhar province. The attacker detonated a bomb that ripped through the gathering of hundreds of fasting mourners and families, killing at least 24 people.

No one has claimed responsibility yet; the Taliban denied involvement in both assaults, according to an NPR report.

This is the cycle of life and death in Afghanistan. Our people are targeted and killed on a daily basis. From the cradle to the grave, there is no respite. Today, the degree of violence and inhumanity we face every day is plastered all over Twitter and the news for the world to see.

Afghan women are calling for an end to it.

Since the U.S. began peace negotiations with the Taliban in February 2019, we, the women of Afghanistan at home and in the diaspora, have held protests, organized petitions and launched campaigns to demand our safety and rights.

In response, we have been told by leaders, political commentators and officials that we are being unrealistic. That we are too loud, too demanding and an obstacle in the path toward peace in our country. We have been told to wait and to listen to men who, in the safety of their palaces and compounds, posture about the complexities of reaching peace. We have been told the Taliban will demonstrate their commitment to peace and that they will be an effective counter-terror partner.

What demands have we made that warrant such a response? We are asking only for the safety to go to work without fearing that we will never be able to return to our homes. We are asking to be able to pray with our children and families, in mosques and temples, without the fear of being killed. We are asking that the basic freedoms of movement and opportunity for our mothers, our sisters and our friends, be respected and protected.

We are asking that our children and newborn babies not be killed in their beds, in schools or in maternity wards, never once having drawn a breath in safety. Our children are being born into this violence and dying in this violence.

Are we really asking too much?

The brutality and killings of recent days demonstrate that the current peace process is a farce. The deal, signed on 29 February 2020 between the U.S. and the Taliban, was supposed to reduce the daily violence against Afghans.

Despite this agreement, the Taliban have not stopped fighting. Irrespective of the identities of the perpetrators of these latest attacks, it is Taliban violence, networks and backers that create the cycle of violence.

They are increasing their attacks on soldiers and civilians alike, killing Afghans daily. They have rejected repeated calls for a humanitarian ceasefire, even as the COVID-19 pandemic sweeps across the country. It is their criminal networks, their financiers and the people who benefit from the violence who have created and emboldened a culture of violence — and has brought us here to the burying of infants and their mothers.

The pain and outrage of the Afghan people in response to this reckless and indiscriminate violence is not what stands in the way of peace. The true obstacle is the violence and those who perpetrate it.

Today, we once again ask all international governments and institutions who have power and influence — the U.N. Secretary-General Antonio Guterres, the heads of state of the European Union, NATO and President Trump — to stop allowing Afghan lives to be used as pawns at the negotiating table. The time for posturing and pontification is over. We urgently ask that you come together and do everything in your power to push for an immediate ceasefire in Afghanistan.

Do not tell us that this deadly compromise from February is the pathway to peace. There can be no peace without security, accountability and justice. We need to raise our collective voice and reject a world in which mothers and their newborn infants are a target. We need a ceasefire now.

Mary Akrami is a women’s rights advocate and director of Afghan Women Network.

Wazhma Frogh, is the founder of the Women and Peace Studies Organization, working for community-based peace building. Frogh won the U.S. State Department International Woman of Courage Award in 2009

Mahbouba Seraj is the executive director of Afghan Women Skills Development Centre. She works with women and victims of gender-based violence in Kabul, Afghanistan.

Editor’s note: Sahar Halaimzai, an Afghan writer, advocate and human rights campaigner, assisted in the drafting of this piece.

Opinion: How COVID Reveals The Hypocrisy Of The Global Health ‘Experience’

OPINION: Doctors Should Be More Candid With Their Patients

Opinion: The Comfort of Cow Cuddles

NASA administrator: ‘The United States is going back to the surface area of the...

Sorry, Astronomers: Practically All Of The Universe’s Matter Is Still Missing

This Is What We Know About Black Holes In Advance Of The Occasion Horizon...

Ribose, a sugar required for life, has actually been discovered in meteorites