Reader Ray Bryan asked if these experiments
could shed light on how to unite quantum mechanics and gravity.

The answer right now is “maybe,” Quill says.
“Some theoretical physicists are excited about Schleier-Smith’s quantum systems
because of the parallels between the behavior of these systems and the behavior
of black holes,” Quill says. Black holes are a great place to probe the
limits of general relativity, Einstein’s theory of gravity. “Studying parallels
between black holes and quantum systems, as well as any emergent phenomena from
Schleier-Smith’s systems, might lead to new insights or new directions to
explore. But what those insights or directions might be is still hazy,” Quill
says.

Headlines and summaries of the latest Science News articles, delivered to your inbox

Schleier-Smith told Quill that she is not the right person to directly tackle the problem of uniting general relativity with quantum mechanics. “For now at least, she is more interested in whether existing theories make any predictions that could be useful for controlling qubits for quantum metrology or quantum computation,” Quill says. “If the benefits go both ways, all the better.”

“Mom’s immune system and microbiome may help predict premature birth” explored efforts to use systems immunology to find indicators of early labor in a pregnant woman’s blood (SN: 11/9/19, p. 14). For the line graph labeled “Signs of inflammation appear with early delivery,” the x-axis could have been labeled more clearly as “Gestational age at amniocentesis.” The graph shows that among women with a short cervix, those who delivered their baby at or before 32 weeks were more likely to have higher levels of a cytokine called macrophage inflammatory protein-1 beta, or MIP-1B, in their amniotic fluid than did women who delivered after 32 weeks. 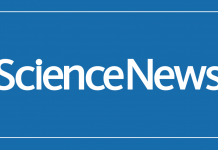 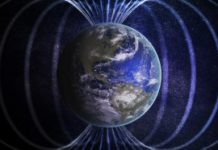 These are the most-read Science News stories of 2019

We must all fret about business control of information