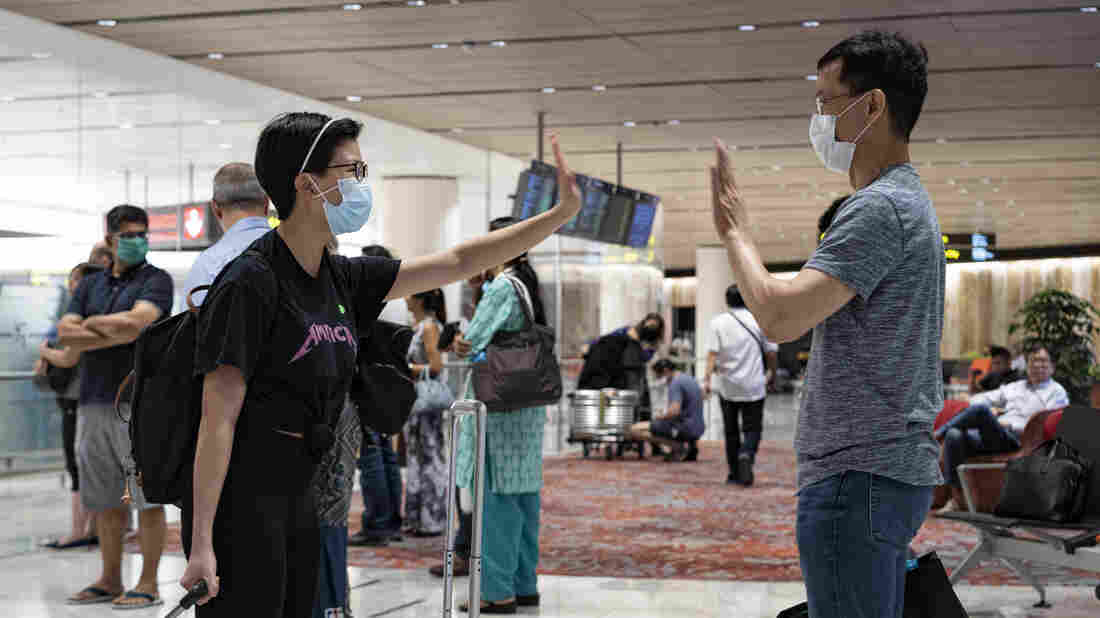 New arrivals greet each other without touching at Changi Airport earlier this week in Singapore. The island country, which imposed a ban on short-term visitors shortly after this photograph was taken, has now also implemented the threat of prison time for violating social distancing recommendations. 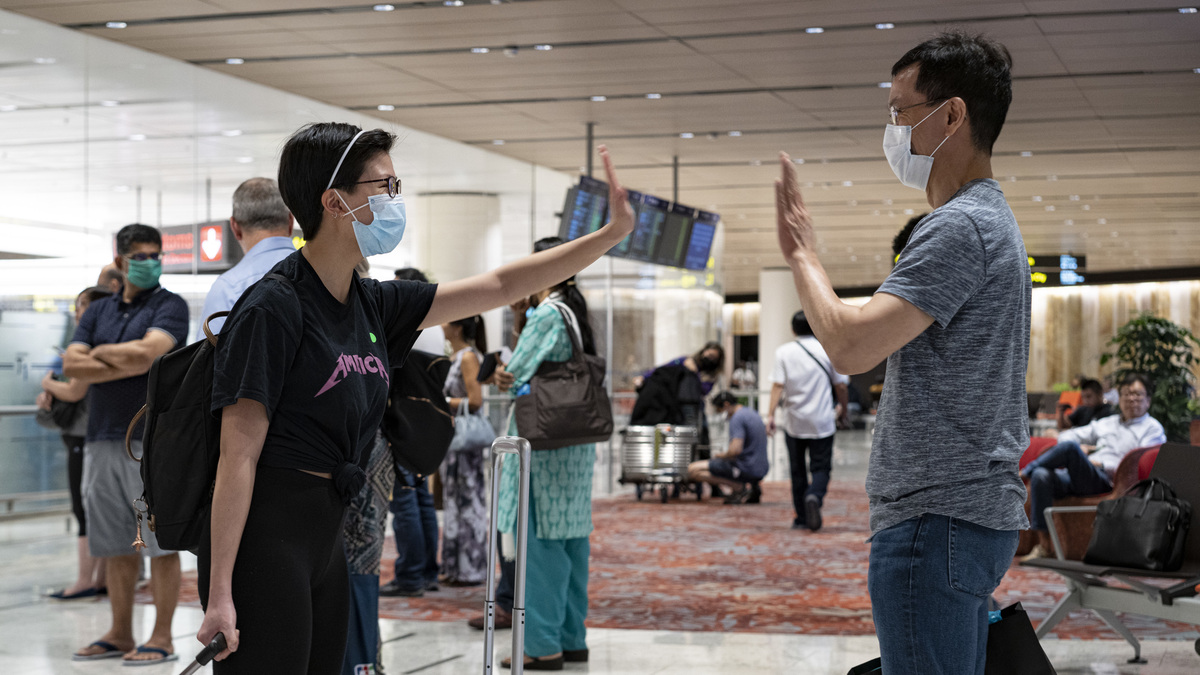 New arrivals greet each other without touching at Changi Airport earlier this week in Singapore. The island country, which imposed a ban on short-term visitors shortly after this photograph was taken, has now also implemented the threat of prison time for violating social distancing recommendations.

Singapore, one of the first countries in the world to report cases of the coronavirus outside China, has so far managed to keep its numbers in the hundreds even as confirmed cases in the U.S., Italy and elsewhere have exploded into the tens of thousands. For that, the small island country has won international praise — but the victory hasn’t come easily for residents, nor is it complete.

That much is clear from strict new measures rolled out Thursday in Singapore, which threaten a penalty of up to six months in prison and thousands of dollars in fines for violating the country’s social distancing rules.

Among the kinds of behaviors that could land you behind bars: holding any kind of sporting event, exhibition or concert in a public place that includes more than 10 people; or — even if you are holding or attending a sanctioned event — sitting or standing closer than about one meter (about three feet) from your fellow attendees.

The steep penalty is just the latest in a heap of measures adopted in the country of some 6 million people — including aggressive testing and quarantines, even while keeping most schools open.

MOH has promulgated 2 sets of regulations under the Infectious Diseases Act to give legal force to the safe distancing measures and provide enhanced enforcement for breaches of the Stay-Home Notice (SHN). Read more: https://t.co/sBv7HGyzoQ

Earlier this week, Mike Ryan of the World Health Organization offered it up as an example of how to combat the virus effectively without adopting the “draconian measures” like the village blockages undertaken in mainland China, the initial epicenter of the coronavirus.

Singapore is far from the only country to threaten punishment for folks who fail to keep their distance amid the global pandemic. Thousands of curfew- and quarantine-violators have been arrested in far-flung locales from Argentina to Jordan, and a man in New Jersey faces years in prison for allegedly coughing in the direction of a supermarket employee, then claiming he was infected.

Singapore, which was already known for its rigorous bans on some seemingly innocuous things — including potential jail time for selling or importing certain kinds of chewing gum — has been no less rigorous in its response to the significantly less innocuous coronavirus. The country closed its borders to most short-term visitors earlier this week.

Still, Singapore has promised there may be more to come. The country reported its largest one-day spike in new cases yet on Wednesday, with at least 73.

Is the coronavirus airborne? What we know about COVID-19 transmission

Detectives are zeroing in on romaine from California as the source of E. coli...

Strength In The Work Environment: What Can A 3000 Mile Atlantic Difficulty Teach United...