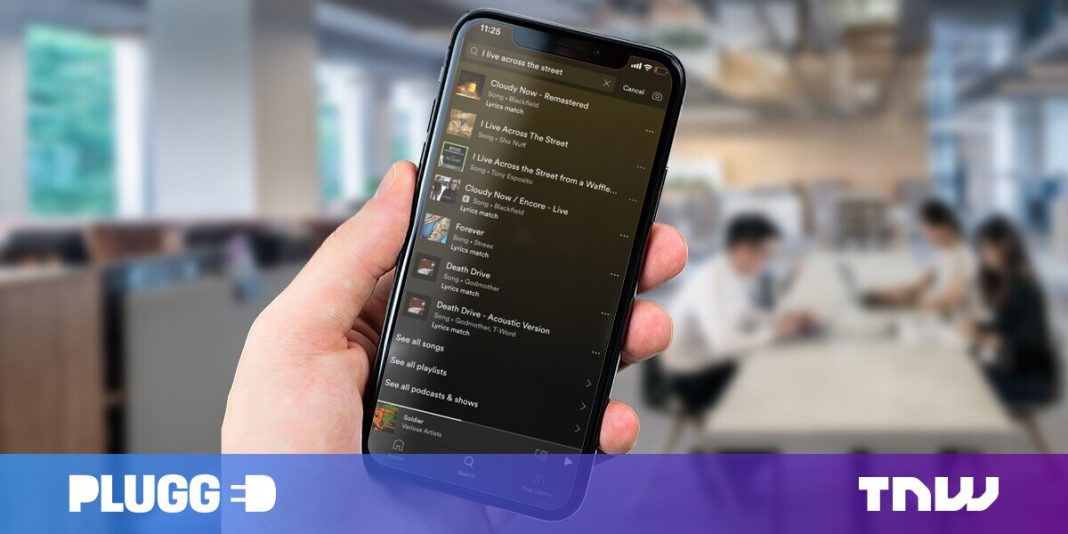 I often get annoyed when a song is stuck in my head and I can’t find it because I only know a few words of its lyrics. I would have to Google those lyrics and try out songs with matching words.

Thankfully, Spotify is rolling out a feature that lets you search for a song with just their lyrics, and hearing the tracks right within the app.. Spotify designer Lin Wang tweeted about the feature, stating that it’s available on both iOS and Android apps.

The process is simple: type the lyrics  of the song you want to find in the search bar and the app will show you results with the label “lyrics match.” Thankfully, You don’t have to update your apps to use these features, you can just start using it right away.

My team just shipped something on iOS and Android –

now you can find songs by lyrics 😉 on Spotify

I tried out the feature, and while it works with English lyrics as intended, I didn’t see the results I expected when I typed out Hindi lyrics in English.. Maybe in the future, Spotify will let me search non-English lyrics too.

Spotify is not the first mainstream app to have lyrics search. Apple Music rolled out this functionality with iOS 12 in 2018. But it’s finally here in Spotify, and I bet it’ll be really handy for more people often.

No, replacing the AirPods Max battery in the UK won’t cost £309

Amazon, Facebook, and Google do not require to spy on your discussions to understand...

States Are Forced To Face Surge In New Coronavirus Cases