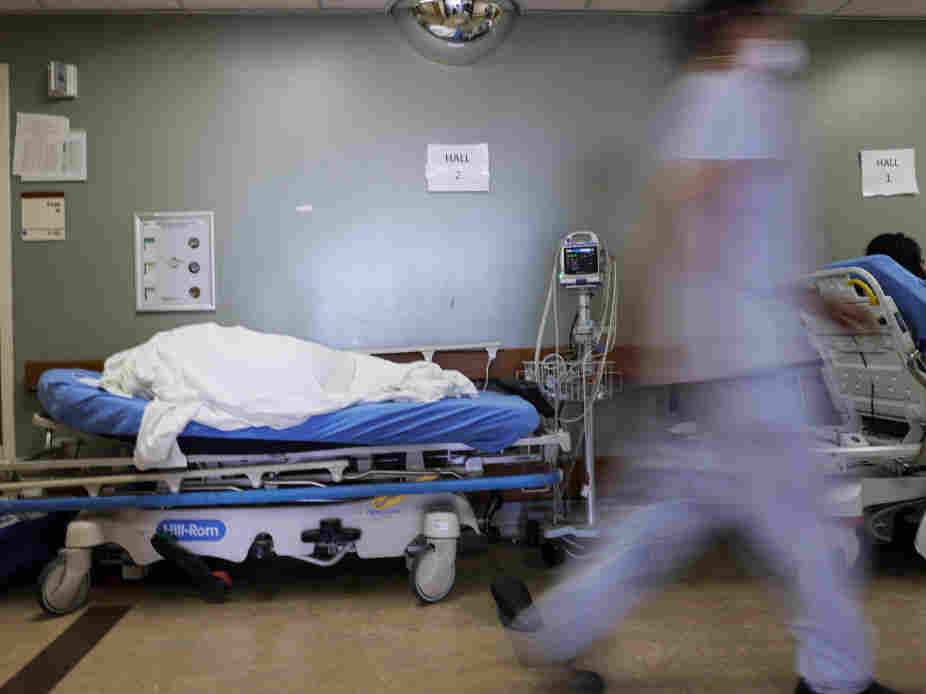 A patient lies on a stretcher in the hallway of the overloaded Emergency Room at Providence St. Mary Medical Center amid a surge in COVID-19 patients in Southern California in late December. Average new daily infections are now going down in California and much of the country. 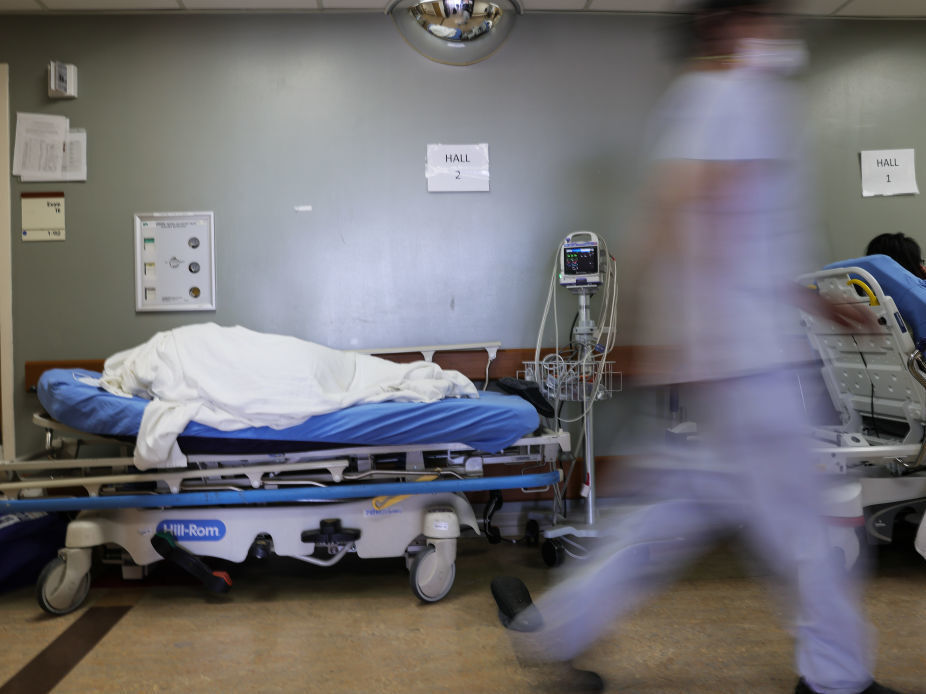 A patient lies on a stretcher in the hallway of the overloaded Emergency Room at Providence St. Mary Medical Center amid a surge in COVID-19 patients in Southern California in late December. Average new daily infections are now going down in California and much of the country.

The devastating fall and winter wave of coronavirus infections that is causing so much misery across the U.S. appears to have finally peaked, according to several researchers who are closely tracking the virus.

While another surge remains possible, especially with new, more infectious variants on the horizon, the number of new daily infections in the current wave appears to have hit a high in the past week or two and has been steadily declining in most states since, the researchers say.

“Yes, we have peaked in terms of cases,” says Ali Mokdad, who has been tracking the pandemic at the University of Washington’s Institute for Health Metrics and Evaluation. “We are coming down, slowly. This is very good news — very good news.”

And while hospitals in some places are still being overwhelmed, the overall number of hospitalized patients also appears to have reached a peak and begun to decline slightly. It’s down from a peak of over 132,000 patients on Jan. 6 to 122,700 as of Wednesday.

“Based on current trends, the worst appears to be over,” says Caitlin Rivers, an epidemiologist at the Johns Hopkins Bloomberg School of Public Health. “We are headed to a better place.”

Still community transmission remains high in most states. After seeing 200,000 or more confirmed cases a day on average for most of December and early January, the U.S. reached a peak 7-day average of just over 249,000 on Jan. 11, according to data tracked by Johns Hopkins University. New cases have dropped steadily since then but are still around 200,000 a day.

Mokdad estimates actual infections peaked around Jan. 16 based on his team’s estimates which include people who were likely infected but didn’t get tested.

The rate at which people are testing positive for the virus has also declined, which is another good indication of falling infections, says Dr. David Rubin of the University of Pennsylvania, who runs the PolicyLab at Children’s Hospital in Philadelphia. “In most parts of the country you’re seeing declining transmission,” he says.

The researchers stress that tens of thousand of people are still getting infected every day and probably will continue to catch the virus for weeks to come. As a result, the number of people getting sick and dying will take many weeks or months to fall significantly.

“It’s going to take a while. There’s going to be a long tail, unfortunately,” Rubin says.

And not everyone is ready to declare the pandemic has peaked.

“CDC scientists would not be comfortable saying the outbreak has peaked until there have been several weeks of decline in newly reported cases,” CDC spokesman Jason McDonald wrote in an email.

Others warn that the virus could surge again for several reasons, including the sluggish vaccination campaign failing to ramp up and people relaxing the precautions they are taking.

“Often what we see is a sort of cyclical pattern where things worsen and so people stay home more. They are more vigilant about wearing masks. They skip the restaurants or the get-togethers,” Rivers says. “But as things improve people relax a little bit and incorporate some those risky behaviors again and things can again accelerate.”

Another big concern are the emergence of new variants that spread more easily.

“I think this is a really substantial threat,” says Dr. Ashish Jha, the dean of the Brown School of Public Health. “The experience from the U.K., Ireland and other countries that have seen this is it can very quickly reverse all of the gains and make things dramatically worse. So I am very, very worried about this.”

To Stop Deadly Overdoses, ‘The Opioid Fix’ Urges Better Use Of Tools We Already Have

This is what the deadly coronavirus looks like under a microscope

After Deadly Attacks On Ebola Responders, WHO Watches Congo Outbreak From Outside

A Sneaky Tropical Storm Or Hurricane Threat In The Gulf Of Mexico – What...

Countless birds died in the Bering Sea. Arctic warming might be to blame