Science and Tech News
Home Foolish' ‘To Stop Now Would Be Foolish’: Doubling Down On Services For High-Cost... 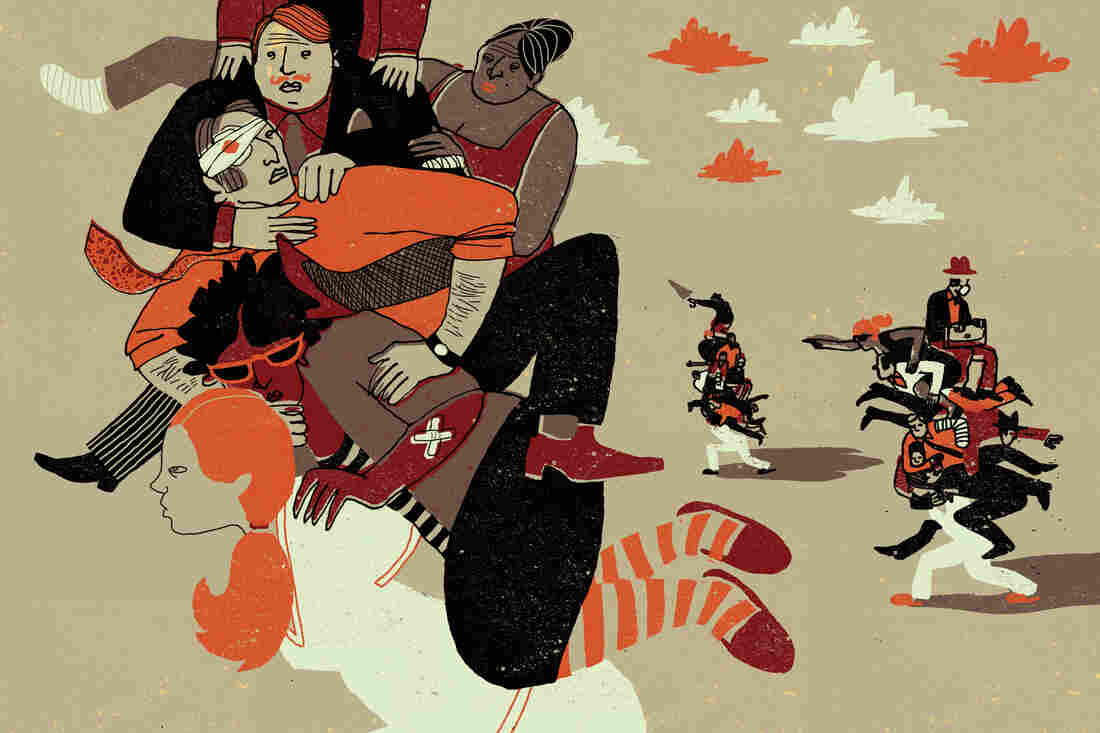 Some people land in the hospital over and over. Although research suggests that giving those patients extra follow-up care from nurses and social workers won’t reduce those extra hospital visits, some hospitals say the approach still saves them money in the long run. 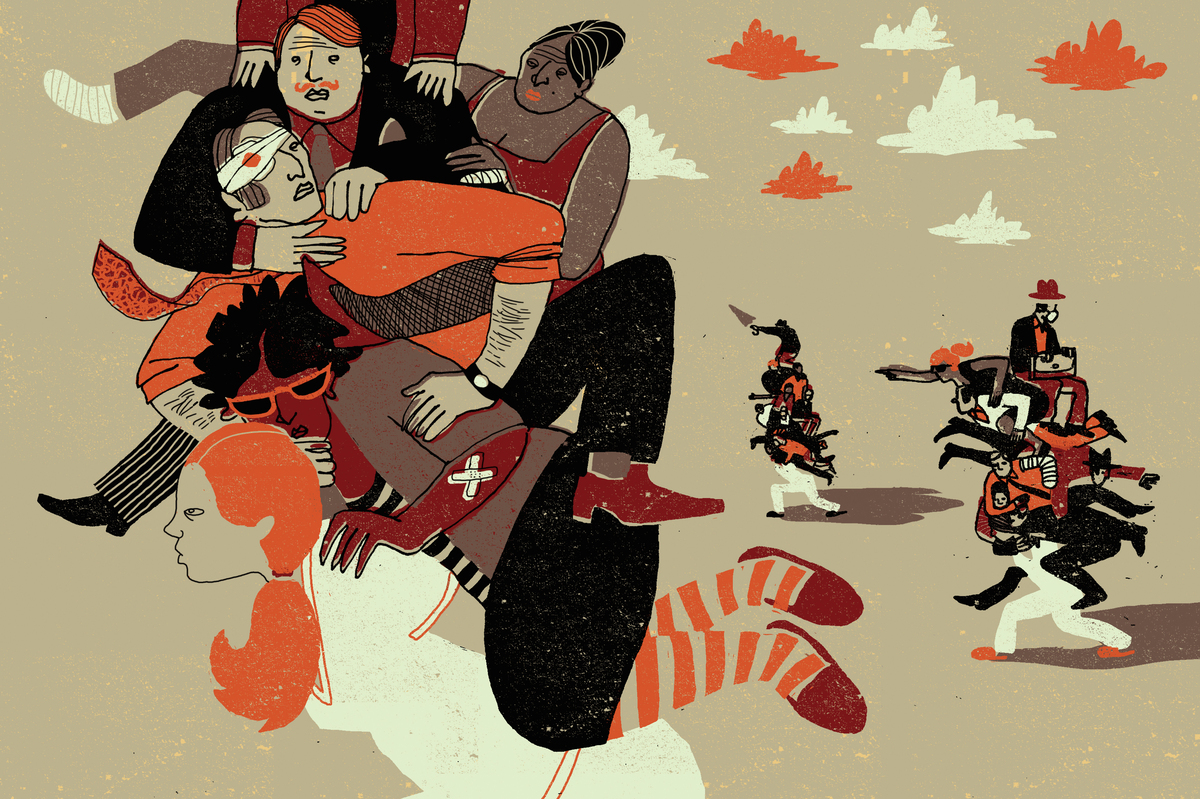 Some people land in the hospital over and over. Although research suggests that giving those patients extra follow-up care from nurses and social workers won’t reduce those extra hospital visits, some hospitals say the approach still saves them money in the long run.

A highly publicized approach to lowering health costs failed to pass rigorous study this month, but hospitals, insurers and government health programs don’t intend to give up on the idea. It just needs to be modified, they say.

The “hotspotting” model was pioneered in Camden, N.J., in 2002 and inspired dozens of similar projects around the country, many financed by millions of dollars from the government and private foundations. The model focuses on people who face social barriers such as homelessness or drug addiction and use the hospital multiple times a year, typically for avoidable complications from chronic diseases. The participants work with doctors, social workers and nurses for individual help, with the idea of preventing repeat hospitalizations and extra expense down the road.

A study in the New England Journal of Medicine this month confirmed that repeat hospitalizations did indeed drop for participants in the Camden program — but the result was no better in that regard than the results from a group of patients who did not get the intensive care coordination.

Many state and federal policymakers across the U.S. initially had been attracted to the Camden model because they saw it as a possible solution for this intractable reality: Just 5% of patients account for half of all health spending.

So, the disappointing results from Camden have caused some angst among health officials working on the model from Oregon to North Carolina.

“The study should give everyone who is involved in hotspotting a chance to pause and really reflect on the programs that they are doing,” says Dr. Amit Shah, chief medical officer at CareOregon, a large Medicaid managed-care insurer that for a decade has targeted some of these high-cost patients.

But “to stop now would be foolish,” says Susan Cooper, chief integration officer for Regional One Health, a Memphis, Tenn., health system that launched a program in 2018 based on the Camden model. The Tennessee program is geared to patients who have the most emergency room and hospital visits because of unmet social needs, such as hunger and housing.

Using nurses and social workers, the hospital pairs up these “super-utilizer” patients with community resources such as housing, transportation and meals, as well as connecting them to primary care. From April 2018 through last month nearly 350 people have enrolled in the program and the hospital says that by reducing ER visits and hospital admissions, it has saved more than $9 million than it expected to spend on these patients.

A Medicaid experiment similar to the Camden approach is also expanding in California, the most populous state in the nation.

As part of his 2020-21 state budget proposal, California Gov. Gavin Newsom wants to add $582.5 million to Medi-Cal, the state’s Medicaid program, to increase intensive, comprehensive care management to high-needs, high-risk patients — especially homeless people or those getting out of jail. If approved by the state legislature, the infusion would also fund services designed to decrease these patients’ reliance on expensive hospital visits and emergency service transportation.

These Whole Person Care programs provide participants with social and medical services, such as substance abuse treatment and recuperative care after hospital stays, as well as helping people who need the extra support to get stable housing.

‘It can’t just be medically focused’

The Camden Coalition study highlights the need for more focus on social services, says Dr. Clemens Hong, director of the Whole Person Care pilot in Los Angeles. That program has served more than 46,000 people and has a five-year budget of more than $1 billion, made up of federal and local funds.

The cost of these supportive programs is high, Hong says, because California is creating services for participants, in addition to connecting people to existing programs. For instance, the Los Angeles Fire Department operates a dedicated ambulance unit for Skid Row to bring some intoxicated people to a sobering center instead of the emergency room. There, they can rest and get access to substance abuse treatment and other services.

“One of the key lessons is that it can’t just be medically focused,” Hong says about the results of the Camden Coalition study.

Camden Coalition officials agree. They say that although their work was originally designed to help people find safety net services, they learned that sometimes those resources were not available. The coalition now has expanded its outreach and set up more partnerships, including efforts to start a housing program.

Other measures of success

Hong says measuring only readmissions isn’t enough to judge impact. Rather, he says, evaluations should consider how well the programs increase employment, treat addiction or reduce time spent living on the street.

The Camden Coalition, which provided services for 194 people last year, was founded by Dr. Jeffrey Brenner, a family doctor, who was looking to improve health care in one of the poorest cities in the country.

Using medical billing data from hospitals in Camden, Brenner located “hot spots” that had larger numbers of high-cost patients — even down to the city block. These patients, he found, repeatedly showed up in emergency rooms and doctors’ offices. They often had physical health issues such as diabetes, asthma and other chronic illnesses that were compounded by psychological and social issues such as anxiety and homelessness.

The first studies of the initiative primarily measured how patients used services before and after being enrolled in a program that offered them this sort of extra support.

By coordinating the medical care and social services the patients needed, Brenner and his group were able to cut down on the number of rehospitalizations.

Indeed, a New England Journal of Medicine study published Jan. 9, conducted by researchers at the Massachusetts Institute of Technology, confirmed that the program over six months reduced readmissions by nearly 40%. But a group of similar patients who did not get the interventions had a similar drop in rehospitalizations.

This type of randomized-control trial, the gold standard in clinical medicine, is rarely used in health policy studies, partly due to the cost.

Shah, of CareOregon, says the study results prove there is no single solution that will work in every community for every type of patient.

“There is no one magic bullet,” Shah says. “The study confirmed there is a population of super-utilizers that will not go away” just through these community efforts alone. He stressed local, state and federal policy changes are needed to fix social and legal challenges that influence patients’ health.

Camden Coalition officials say the results were disappointing, but noted they have made major changes to their efforts since the study trial ended in 2017. This includes efforts to help participants find stable housing and legal services to break down barriers to Medicaid and other benefits.

“We have already made some pivots,” says the coalition’s CEO, Kathleen Noonan.

She says people should not take away from the study “that focusing on social determinants of health and all those efforts are moot.” The study showed some positive benefits, including how participants were more likely to obtain food stamp benefits compared with those in the control group.

“To paraphrase Mark Twain, reports of the death of the hotspotting model are greatly exaggerated,” says Rutgers University professor Joel Cantor, director of the Center for State Health Policy, who has worked closely with the coalition. “This is a single study, focusing mainly on one of many possible outcomes, in a single location.”

Brenner, who won a MacArthur Foundation fellowship — known as a “genius” grant — in 2013, says hotspotting efforts need to keep evolving.

“There are glimmers of things that work, and we need to keep at this. It is a solvable problem,” says Brenner.

When he first started the coalition, Brenner says, he hoped just helping people navigate the health system would improve their health and lower costs. But that approach faced shortcomings when services such as addiction treatment and housing assistance were lacking.

“It’s not as simple as just navigating and coordinating,” he says.

Would The U.S. Health System Be Ready For A Surge In Coronavirus Cases?

Would The U.S. Health System Be Ready For A Surge in Coronavirus Cases?

23 tech presents for females that she’ll like to get