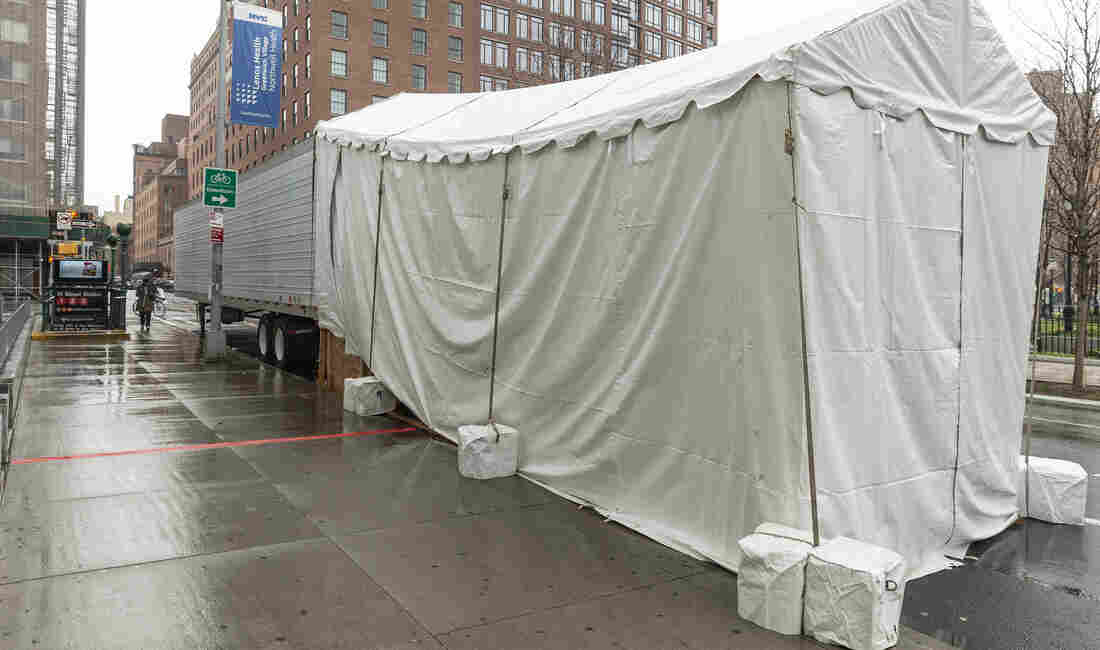 In Manhattan, a makeshift morgue is set up next to Lenox Health Greenwich Village. 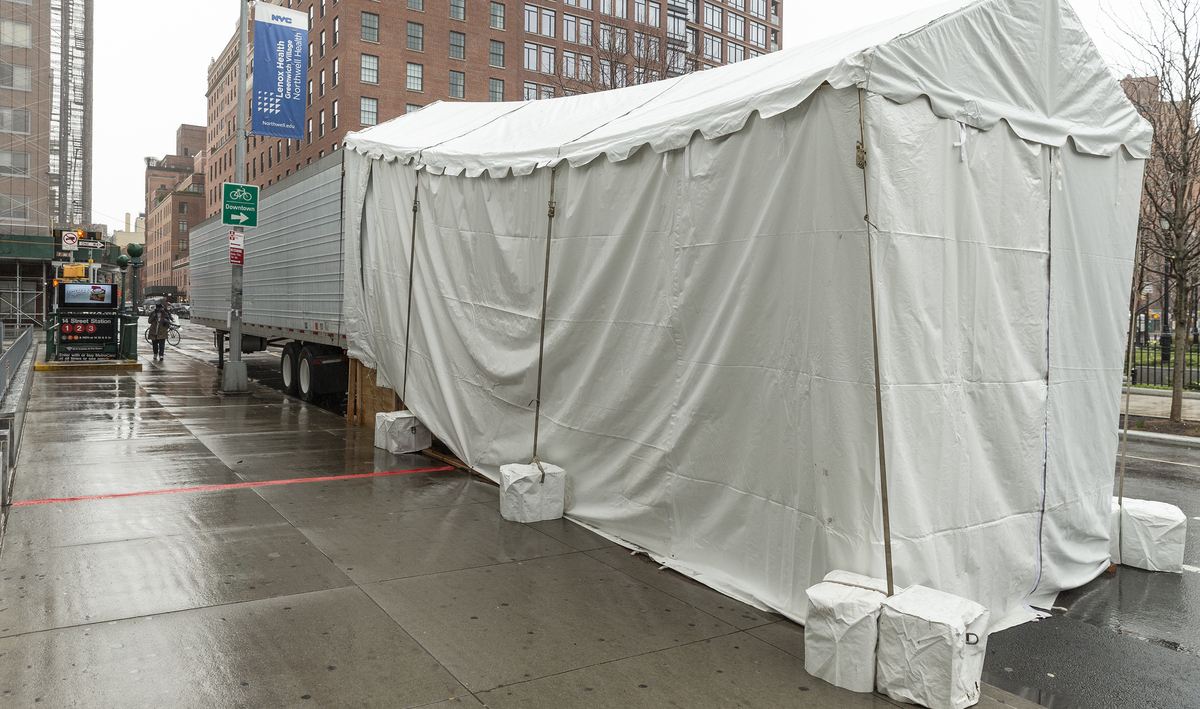 In Manhattan, a makeshift morgue is set up next to Lenox Health Greenwich Village.

The number of coronavirus deaths in the U.S. has sharply accelerated in recent days, now exceeding 2,000, marking a doubling of the fatality rate in the span of two days.

As of Sunday morning, more than 2,100 people in the U.S. have died from the virus and more than 124,000 people in the U.S. are infected, according to data from Johns Hopkins University. The exponential growth in U.S. cases and deaths falls in line with some predictive models that suggest that in the coming weeks, the U.S. could begin to see death tolls in the thousands every day.

With nearly a third of the U.S. deaths currently happening in New York City, the Centers for Disease Control and Prevention issued a domestic travel advisory, urging residents of New York, New Jersey and Connecticut to refrain from any nonessential domestic travel for the next two weeks. If cases in New York City continue to rise at their current pace, the city may end up suffering an outbreak worse than those experienced in Italy’s Lombardy region or in Wuhan, China.

Across the U.S., state and local leaders are preparing for similar onslaughts of the virus in their respective regions. In Maryland, the number of deaths from the virus doubled in one day — from five deaths to 10 — and the state announced an outbreak at a nursing home, where 66 residents have now tested positive.

“It took nearly three weeks for the National Capital Region to go from 0 to 1,000 cases of COVID-19. It took three days for the region to go from 1,000 to 2,000 cases in Washington, D.C., Maryland, and Virginia,” Maryland Gov. Larry Hogan said in a statement. “This is a rapidly evolving and escalating emergency which is now surrounding the nation’s capital.”

State officials in Illinois, where there are nearly 3,500 cases, announced the death of an infant under age 1. Though deaths and even serious cases of COVID-19 in children and infants have been rare, the Illinois Department of Public Health emphasized in its announcement that severe illness can happen to anyone.

“We must do everything we can to prevent the spread of this deadly virus. If not to protect ourselves, but to protect those around us,” Ngozi Ezike, director of the Illinois Department of Public Health, said in a statement.

The U.S. now has the most cases of any country in the world, but other countries are seeing rapid growth as well. Japan, which so far has not been hit as hard as other countries but also has not widely tested, reported 200 new infections between March 26 and 27. Together, Italy and Spain account for over half of the more than 30,000 deaths worldwide. Both continue to see rapid growth in new cases, though cases in Italy seem to be slowing.

‘Chalk the Vote’ With Your Kids This Weekend

Does The ‘Hero With A Weapon’ Tagline Work If That Man Is Black?

Tesla is dealing with a ‘code red circumstance,’ states expert who slashed his rate...

How to Have Successful Video Chats with Little Kids