Science and Tech News
Home experience UNC Experience Should Be A Lesson To Other Universities, Says Faculty Chair 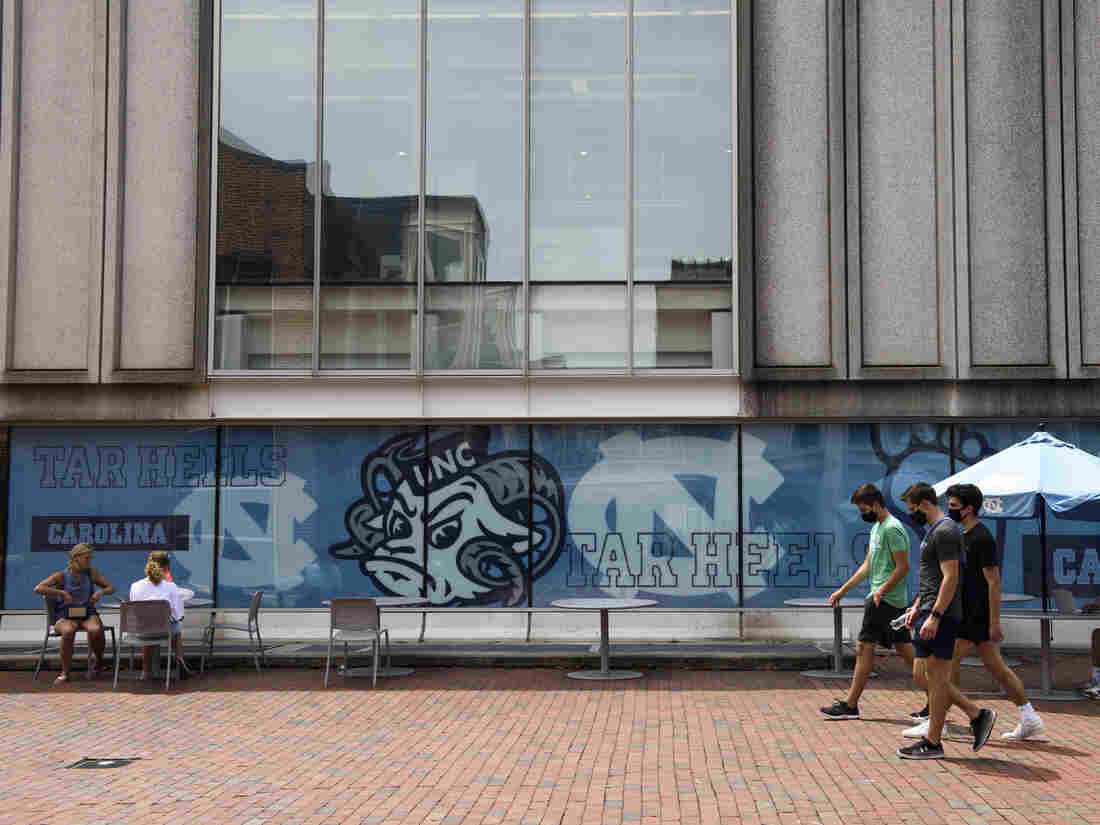 The University of North Carolina at Chapel Hill is scrapping its plans for in-person learning one week into the semester, a pivot from which its faculty chair says she hopes other schools will learn. 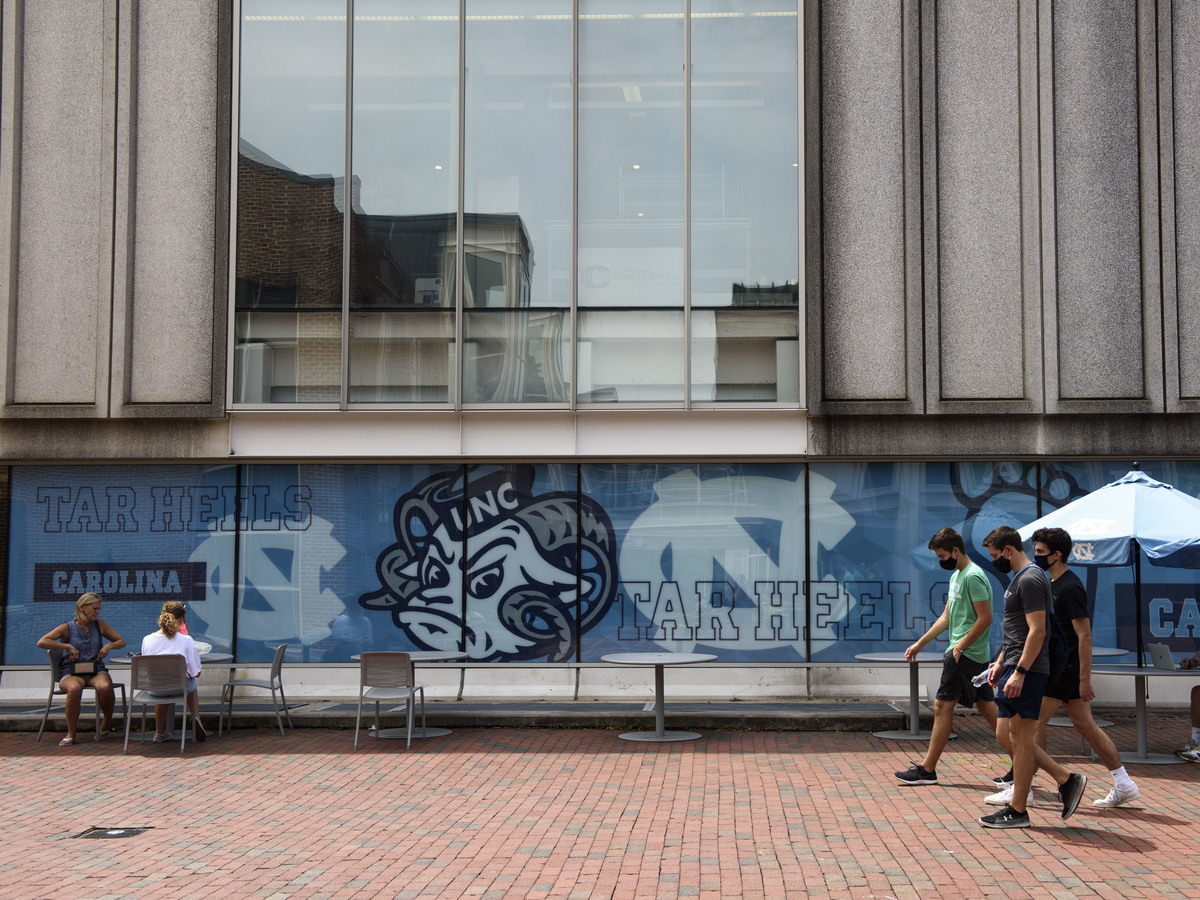 The University of North Carolina at Chapel Hill is scrapping its plans for in-person learning one week into the semester, a pivot from which its faculty chair says she hopes other schools will learn.

The University of North Carolina at Chapel Hill made it one week into the fall semester before scrapping plans for in-person instruction.

It’s an experience that other large campuses should learn from, Mimi Chapman, chair of the UNC-Chapel Hill faculty, told NPR’s All Things Considered on Tuesday.

During that first week, 130 students and five employees tested positive for the coronavirus, with the positivity rate on campus surging from just under 3% to nearly 14%. Hundreds of students are in isolation and quarantine, administrators said Monday.

Members of the university community had raised concerns earlier this summer about returning to in-person learning and on-campus housing, particularly after local health officials recommended the school begin the semester with five weeks entirely of online learning.

Calls for reconsideration intensified over the weekend when the university reported four coronavirus clusters in three days — in residences both on and off-campus.

“We all saw this coming,” student newspaper The Daily Tar Heel wrote in a scathing editorial. The paper noted the university had ignored Centers for Disease Control and Prevention guidance that “placed the University’s housing plan in the ‘highest-risk’ category.”

Chapman described the situation on campus, and across the country, as “very difficult.”

“We haven’t had a clear national response to this crisis, so our campus is a microcosm of what goes on elsewhere,” she said. “So this is not a surprise.”

What had originally convinced administrators that reopening with in-person classes was doable?

When the plan started developing in late spring and summer and early summer, you probably remember, many scientists believed that the disease would abate over the summer, that the virus would retreat.

And so the plan was really all about beating the second wave, so starting our term early and being through by Thanksgiving.

And we do know that public health behavioral measures make a difference. So when people are masked, when they stay 6 feet apart, when they’re doing good hand hygiene, you can control these things. So the question is, would 18- to 24-year-olds be good enough at doing that? And that’s where we started.

But this decision to bring students back on campus started when you had a much better idea of where the country would be. So why did the administration go ahead with the plan?

We are part of a large system — we’re one of 17 campuses — and so our decisions are not ours alone to make at Chapel Hill. We have a board of governors that oversees our system. And so decisions about deviating from the road map, in the end, rested with them.

We started our semester with dorms at 60% occupancy, so they weren’t completely full even at that point. There had been a recognition that we would need to de-densify to the extent possible, at that point, on a voluntary basis. But we do have this situation where any change has to be negotiated with this system level group. So it’s not only up to us at Chapel Hill what happens.

Were you surprised it unraveled so quickly?

I’m really sad that it unraveled so quickly. There were an awful lot of students, if you walk around our campus, there were so many students that were doing a good job of wearing masks and doing what they needed to do, from what I could see. [But] it is also clear, and we heard this from the earliest days, that there were a lot of off-campus activities, some of them related to the Greek system, that were flying in the face of all recommendations.

Now that classes are going online, are faculty members prepared to pivot immediately to remote learning?

Certainly there are some classes that are better hands-on, but I think for the most part, we have a strong technology infrastructure on campus so we’re not completely unprepared for this.

I do think from an emotional standpoint, you know, it has just been sort of nonstop since spring break. Nobody has gotten sort of the rest that they need over the summer, whether they are faculty or staff. And so, we’re all, I think, looking for a breather there.

The announcement that the campus was switching to fully remote instruction was made [Monday] just hours before a 5 p.m. deadline for full tuition. How does that give students and parents adequate time to reconsider if fully remote learning is not how they want to spend this semester?

Well, that came up [Monday] at our faculty executive committee meeting, and the provost said that he would look into that deadline and making a change to it. I certainly hope that he follows up on that in case there are students that do want to make a change.

You know, I have to say, though, the idea that remote learning is all bad, that is also a falsehood. They’re just different modes of engagement. But a great teacher can really make either of them work. So I’m not convinced that students should say, “Oh, I’m going to get some sort of subpar education” because they have to be remote for a semester.

Is there a lesson learned here?

How Should I Cover My Face? A Deeper Look Into Neck Gaiters And Face Shields

The Dentist Will See You Now. But Should You Go?

Who Should Pay For COVID-19 Tests?

Troubling before-and-after images demonstrate how United States cities– and their well-known landmarks– might be...

Suspected cases of the mystical polio-like illness AFM has actually grown to 286, up...

In Daegu, Coronavirus Leaves City A ‘Shadow Of Its Usual Bustling Self’