Science and Tech News
Home sports Water Or A Sports Drink? These Brain Cells May Decide Which One... Brain cells that monitor liquid, mineral and salt levels in the body influence what types of drinks we crave when thirsty. 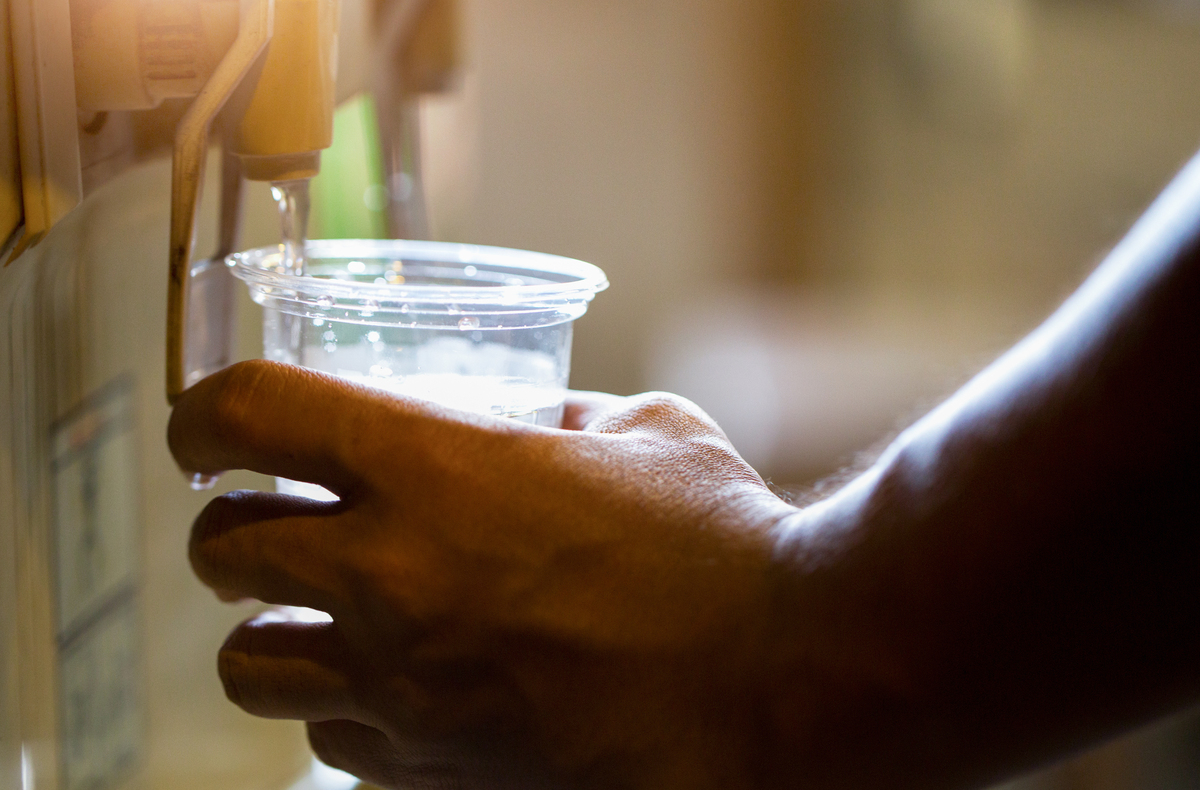 Brain cells that monitor liquid, mineral and salt levels in the body influence what types of drinks we crave when thirsty.

Researchers appear to have shown how the brain creates two different kinds of thirst.

The process involves two types of brain cells, one that responds to a decline in fluid in our bodies, while the other monitors levels of salt and other minerals, a team reports in the journal Nature.

Together, these specialized thirst cells seem to determine whether animals and people crave pure water or something like a sports drink, which contains salt and other minerals.

“Our brain can detect these two distinct stimuli with different cell types,” says Yuki Oka, a professor of biology at Caltech and the study’s lead author.

The finding appears to help answer “this question that we’ve been trying to ask for decades and decades and decades,” says Sean Stocker, a professor at the University of Pittsburgh who studies water and salt balance in the body. Stocker was not involved in the study.

Oka’s research is part of an effort to understand the brain biology underlying behavior that’s seen in people and many animals.

“Pure water doesn’t do it, right? It’s not enough,” Oka says. “You need water and salt to recover. And we can easily imagine that under such condition, we crave [a] sport drink.”

Sports drinks like Gatorade generally include a mix of salt and sugar, as well as water.

To understand what triggers this type of thirst, Oka’s team studied cells in two regions of mouse brains. Both regions are known to contain neurons involved in the sensation of thirst.

The team induced two kinds of thirst in the mice. One was caused by a simple lack of fluid in the body. The other simulated the loss of fluid and minerals that occurs during a sweaty workout.

And each type of thirst appeared to produce a response from a different type of cell.

To confirm that these cells are truly linked to drinking behavior, Oka’s team did an experiment that gave mice access to two bottles. One contained pure water and the other a mixture of water and minerals, including salt.

Then the team used a technique called optogenetics to stimulate each type of thirst cell in the mice.

When they stimulated the water-only thirst cells, the mice immediately went to the bottle of pure water and began “drinking vigorously,” Oka says.

But when the team stimulated the cells that responded to salt levels, the mice began drinking a combination of pure water and salty water. In essence, they reached for the mouse version of a sports drink.

The team focused on how cells in the two brain regions affect thirst. But scientists say these and other cell types are probably involved in regulating a wide range of bodily functions and behaviors.

“Is it only thirst related, or does it also affect heart rate or blood pressure or temperature regulation?” says Claire Gizowski, a postdoctoral scholar at the University of California, San Francisco. “These are all interconnected,” she says.

The link to blood pressure is highly likely, Stocker says. Decades of research have shown how levels of salt and fluid in the body can change a person’s blood pressure.

Stocker’s own research has found links between brain cells involved in thirst and those involved in blood pressure. And he says it’s likely that many blood pressure drugs act on the same brain areas that regulate fluid and salt intake.

Understanding how thirst cells work in the brain could also help certain sick people and athletes.

“Fluid balance is one of the top 10 factors that causes you to be admitted into a hospital when you show up to the ER,” Gizowski says. Some of those trips might be avoided if scientists could develop a sensor that worked the same way the brain does to monitor fluid and salt levels.

Also, Gizowski says: “This would be super-helpful for athletes to know how much Gatorade they’re supposed to drink to have optimal performance.”

Gizowski thinks the next frontier in thirst science is figuring out how the brain anticipates the need for fluid or salt.

“Sometimes you drink and you don’t even realize that you’re drinking or that you’re even thirsty because your body is just doing these things without you knowing,” she says. That’s probably to protect you from “the consequences of not drinking water and not being hydrated properly” later on.

What to Do if Your Kid Has a Concussion

Another look at possible under-ice lakes on Mars: They’re still there

Perseid meteor shower 2019: How to enjoy the fireballs strike their August peak