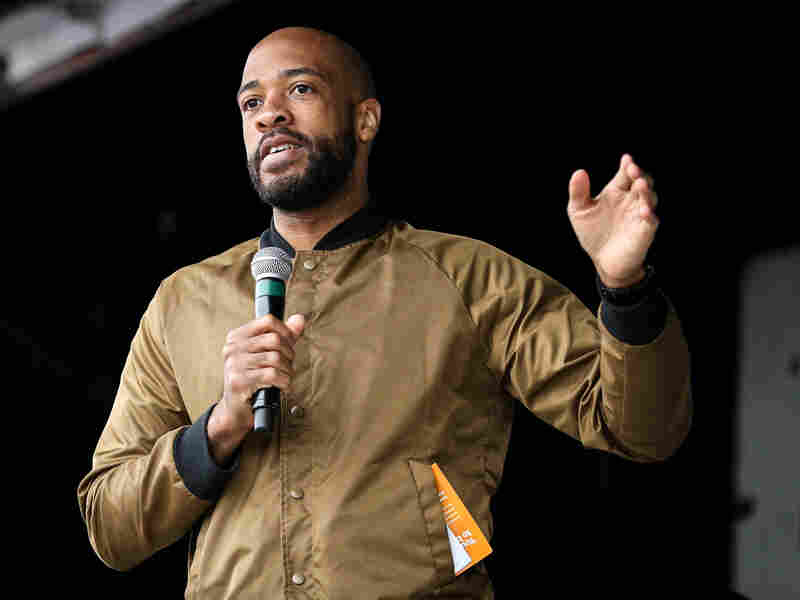 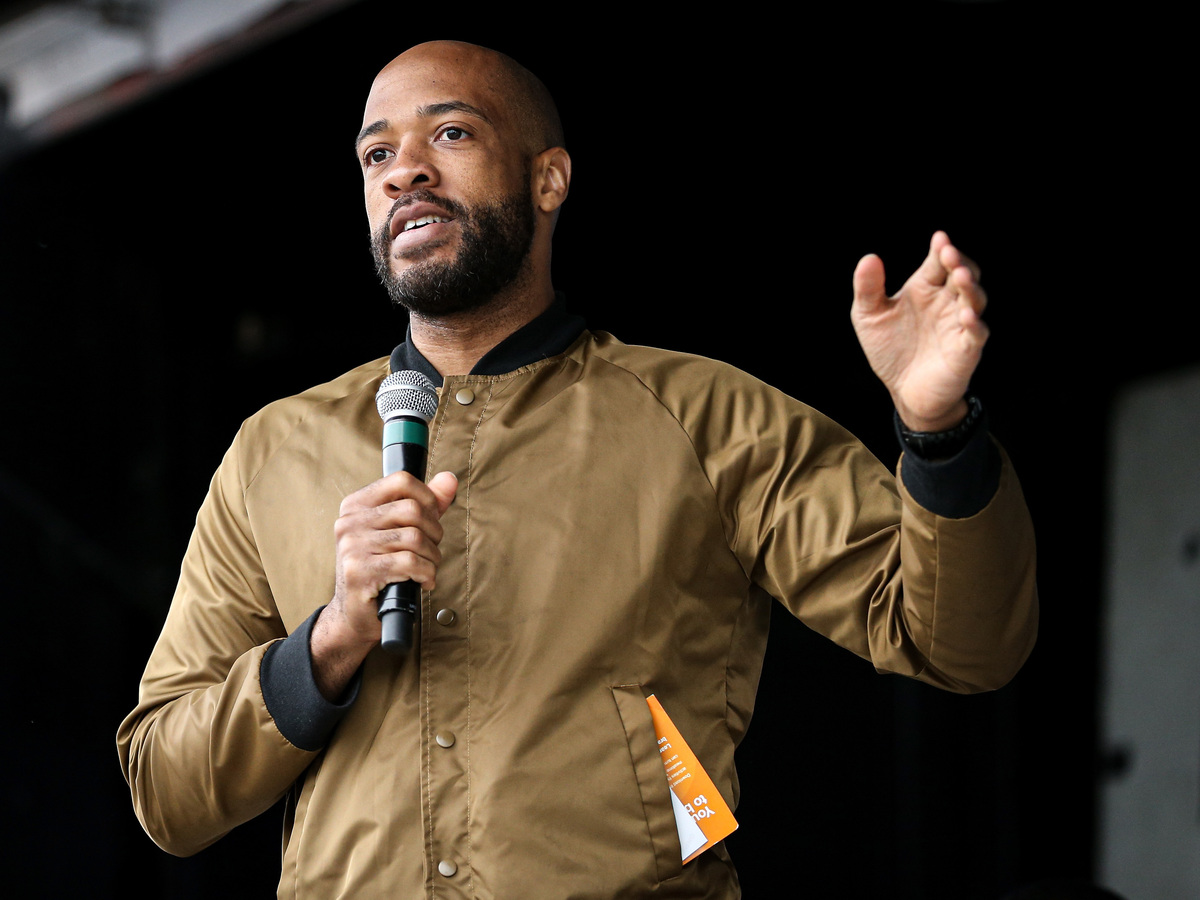 The coronavirus is now spreading through more than a dozen states, including Wisconsin. On Wednesday alone, there were more than 3,000 new infections and more than two dozen deaths. The state is averaging 2,840 new cases per day, an increase of 22% from the average two weeks earlier.

In total, 158,578 people in Wisconsin have tested positive for the virus and 1,536 people have died.

Wisconsin Lt. Gov. Mandela Barnes, a Democrat, believes there are a number of factors driving the skyrocketing number of cases.

“One is the change in temperature. We had a very generous summer … with weather here in Wisconsin, which doesn’t always happen,” he says during an interview on All Things Considered. “And now that the temperatures are starting to drop, people who were congregating outside, enjoying themselves outdoors, are now doing that inside. And then you have football season, too. … [Football fans aren’t] going to the games, but people are still congregating and enjoying themselves in spaces that aren’t particularly safe.”

Patients are flooding the state’s hospitals. To help meet that demand, the state opened a pop-up hospital at the Wisconsin State Fair Park outside Milwaukee.

Last week, in an effort to slow the spread of the virus, Democratic Gov. Tony Evers directed the Wisconsin Department of Health Services to issue an emergency order that limits public gatherings to no more than 25% of a room or building’s total occupancy. In response, a judge put a temporary hold on that order on Wednesday, after a plaintiff argued it would cause “devastating loss of customers, sales, and revenue.”

Barnes says much of the dispute is political and that Republicans “are making it increasingly difficult for [Evers’] administration.”

“Unfortunately, it feels like Republicans in the legislature would rather fight us than fight the virus,” Barnes says. “That is the most disappointing part about this.”

Here are excerpts from the interview, in which Barnes discusses how the state plans to address the uptick in cases.

Part of fighting the spread is knowing where it’s spreading. Do you have enough tests to do that?

Right now, it’s not necessarily a testing capacity. We are concerned about making sure that our hospital system isn’t overrun. We have been pretty solid with the availability of tests, but now we’re opening alternate care facilities … in case the area just north of Milwaukee becomes overwhelmed, and the hospitals are overrun, to be able to segregate and treat the COVID patients separately from the rest of the people in the hospital.

In addition to the hospitals being overrun, it sounds like the contact tracing system is overwhelmed. We spoke with an infectious disease expert from Green Bay a few days ago who said the state is just calling people who’ve tested positive and saying, “Please reach out to all of your contacts yourself.” Is it your sense that Wisconsin’s contact tracing system doesn’t have the capacity to meet the need right now?

I think we should be working to hire more contact tracers, which we are. And this is one of the things where there is going to be a continual need. When things slowed down during the summer months or relatively slowed down, the need wasn’t as great. But now, as we see the increase in cases, it is more important for us to reach out, to hire more. But that effort is certainly underway to bring more contact tracers.

You’re saying the hospitals are already overwhelmed. And in Wisconsin right now, the positive test rate is soaring. It’s at 20%. Are you prepared for what’s coming next?

Well, we should all be prepared for what’s coming next. We’re going into cold and flu season. And so to have that on top of … a spike in COVID-19 outbreaks is something that should be concerning to everybody. … Hospitals are on the brink. We haven’t had to put anybody into that alternate facility [yet]. However, that is why it’s in place, so that we can be prepared in the event that that does happen.

Peter Granitz, Christopher Intagliata and Jan Johnson produced and edited the audio interview. Christianna Silva adapted it for the Web.

The buzz around driverless automobiles came crashing down in 2018

A ‘Beaver Micro Moon’ Is Eclipsed By Earth As Orion Climbs: What You Can...

Don’t Miss These 7 Spectacular Sights Of The Summer Sky