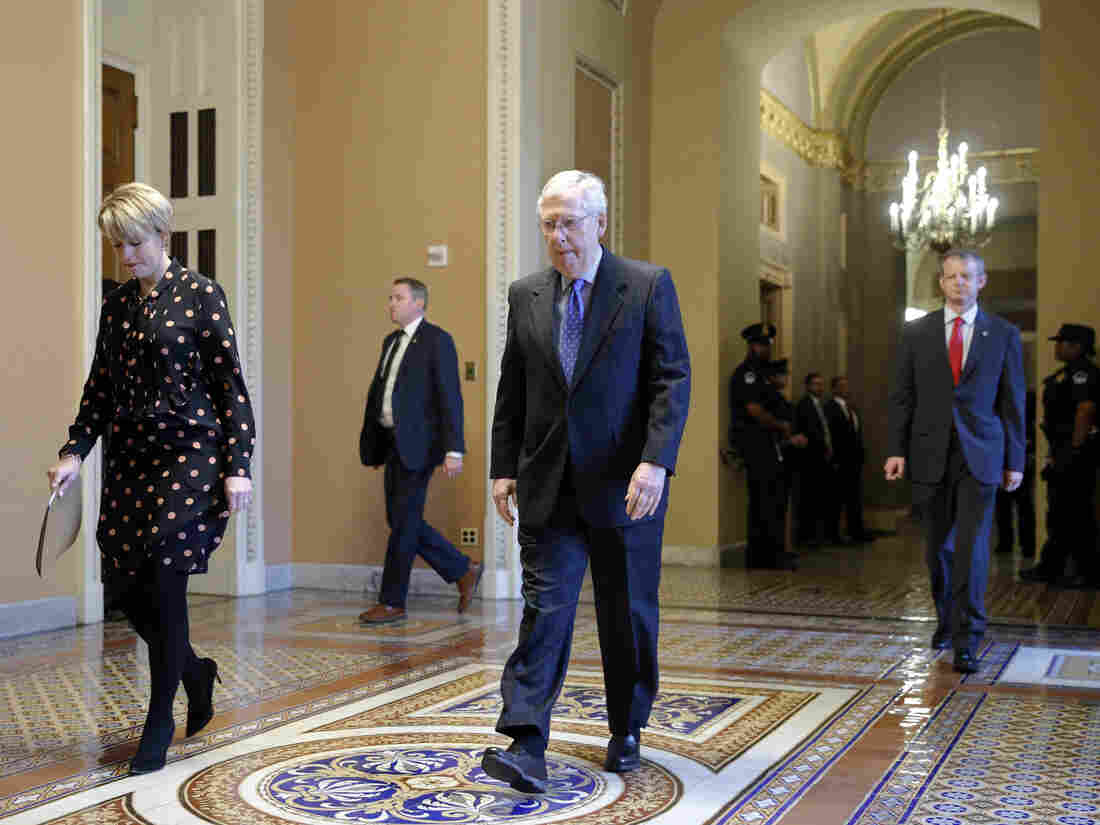 Senate Majority Leader Mitch McConnell of Kentucky walks to the Senate chamber on Capitol Hill in Washington, D.C., on Tuesday. 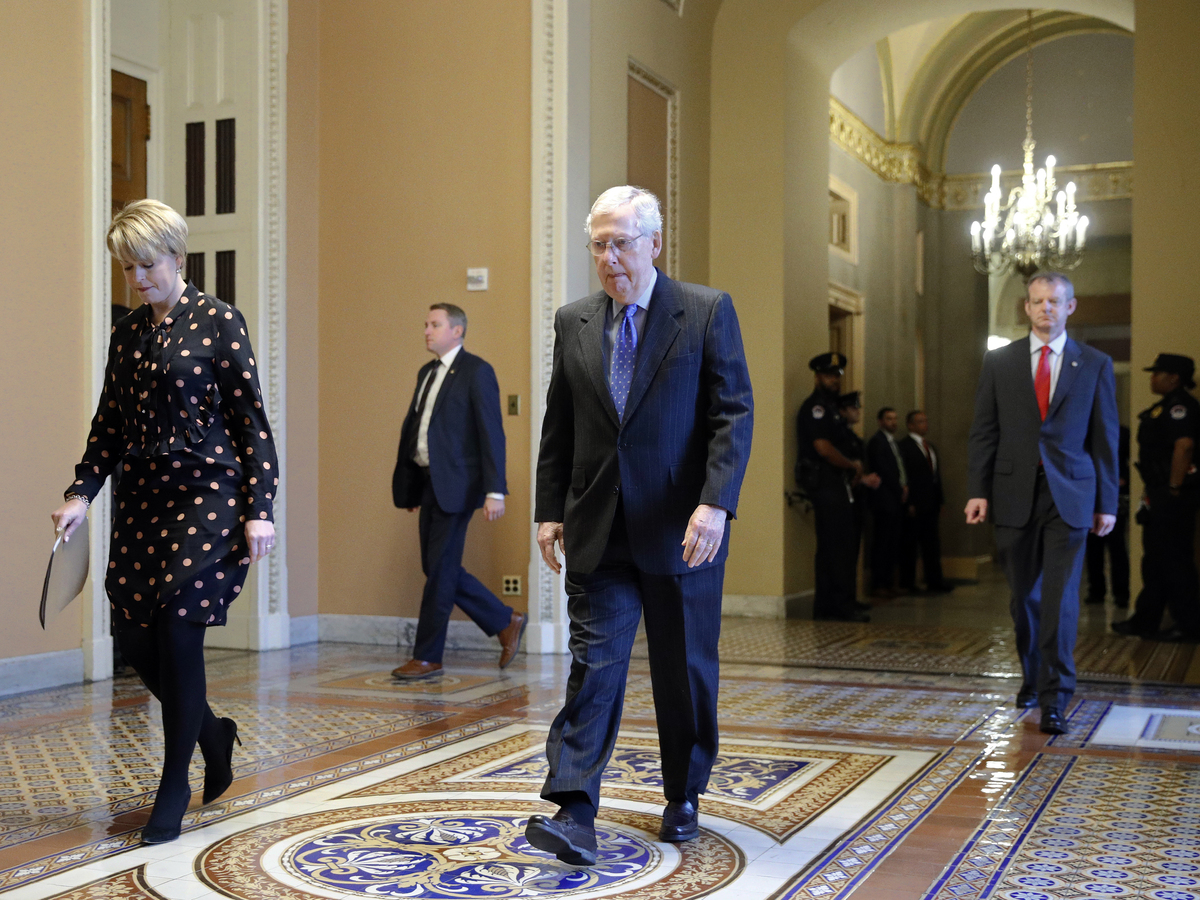 Senate Majority Leader Mitch McConnell of Kentucky walks to the Senate chamber on Capitol Hill in Washington, D.C., on Tuesday.

The Trump administration and Senate Majority Leader Mitch McConnell announced early Wednesday that the White House and Senate had reached a deal for an unprecedented $2 trillion spending package aimed at propping up individuals, businesses and the nation’s health care system amid the onslaught of the coronavirus pandemic.

“Ladies and gentlemen, we are done. We have a deal,” Ueland said.

McConnell appeared on the Senate floor shortly after to say he had “good news.”

McConnell said of the legislation that, “in effect, it is a wartime level of investment,” adding that it would come up for a vote later Wednesday. The Senate will reconvene at noon.

McConnell called the growing epidemic “the most serious threat to Americans’ health in over a century and quite likely the greatest risk to America’s jobs and prosperity that we’ve seen since the Great Depression.”

At last, we have a deal.

After days of intense discussions, the Senate has reached a bipartisan agreement on a historic relief package for this pandemic.

Senate Minority Leader Chuck Schumer followed McConnell on the Senate floor, saying, “We have a bipartisan agreement on the largest rescue package in American history.” He called the occasion “not a moment of celebration, but one of necessity.”

Schumer said the deal was meant as a “Marshall Plan” for hospitals and medical needs.

Hospitals, which are on the front lines of a wave of new patients that have already strained resources, would get more than $130 billion, while states and local governments would get $150 billion to help cover expenses incurred by the response to the pandemic.

The package would also give direct cash payments to most Americans, expand unemployment benefits and put forth a $367 billion program to help small businesses make payroll, according to The Associate Press.

Every laid-off or furloughed worker would have their salary “remunerated by the federal government,” Schumer said.

The deal also includes “strict oversight, accountability and transparency” of all loans to “corporate America” enabled by the legislation, he said.

The agreement followed days of intense wrangling amid pressure to do a deal quickly as much of the country went into lock down to contain the spread of the virus and global markets crashed.

The sudden movement on the legislation occurred after House Speaker Nancy Pelosi said Tuesday that Republicans and Democrats had seemed close to bridging disagreements that had previously stalled the package.

“I think there is real optimism we could get something done in the next few hours,” Pelosi said in an interview on CNBC.

Despite broad agreement on both sides of the aisle that the package was urgently needed, ironing out the details proved tricky.

One of the final sticking points was over the size of government-guaranteed, subsidized loans to larger industries, including the airlines. Ultimately, the figure arrived at was $500 billion, according to the AP.

Evaluating mosquito pee might assist track the spread of illness

‘Knives Out’ is a wonderful whodunit from ‘The Last Jedi’ director, who shows he...